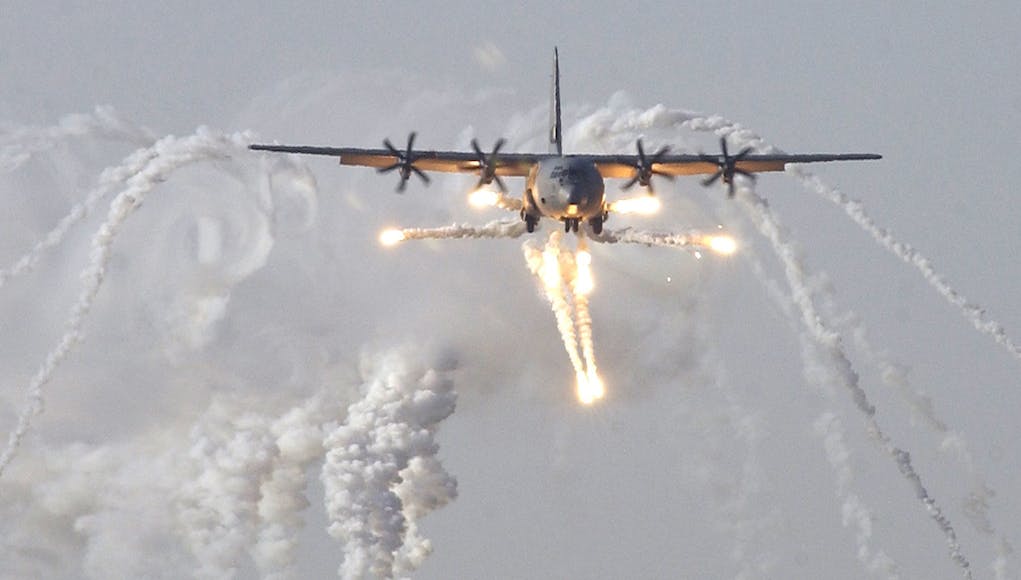 Alloy Surfaces has been awarded $7m contract by the US, UK and other allies for MJU-64/B decoy flare production.

According to a contract notice, work will be performed in Chester, Pennsylvania, and is to be completed by May 2019.

The MJU-64/B Decoy flare, according to the manufacturer, is composed of a special material that reacts with oxygen to rapidly
oxidise and generate an IR signature to protect against advanced air-to-air and surface-to-air infrared weapon systems. 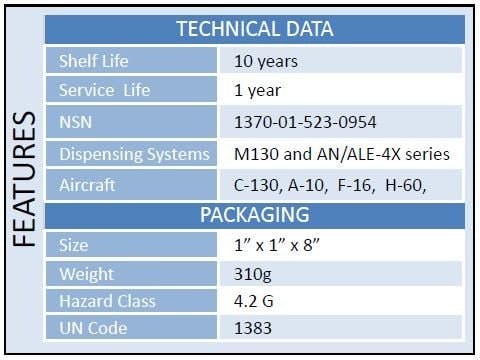 On a number of modern Imaging Infra-Red air to air/surface to air missiles no longer look at the heat range of a target as the main source for targeting. A lot of them now use an IR image that is stored in the memory to compare the target with. This makes it very difficult to counter as the missile is now looking at the profile of the target. The missile will also registers what the target is doing. For example, if the targets speed has suddenly dropped and the heat source is falling in a ballistic arc, then it will… Read more »

One of the best things about this website is when you learn much more from the comments than from the original article. Thanks.

Its a tiny bit of kit, see size data in the chart above.

Of the 8″, the actual flare is about 2 to 3″ long, the rest is the explosive charge and primer to push the flare out away from the aircraft.

How often are these used in training? As we haven’t had any serious air to air conflicts in some time the stocks should stay pretty much full shouldn’t they?

No as they also decoy incoming SAM systems, so our low flying helicopters and transports such as this would have been dispensing them regularly on low flying routes and inbound into airports.

Rather vital considering first the CIA then SIS armed the Mujahadeen with first Stinger then Blowpipe in the 80’s when they were seen as allies against the Soviet enemy in Afghanistan.

Times change and the rebels you arm then become insurgents against you and you armed them. Oh the irony.

I’d read governments have been worried about civilian airliners getting shot down for decades.