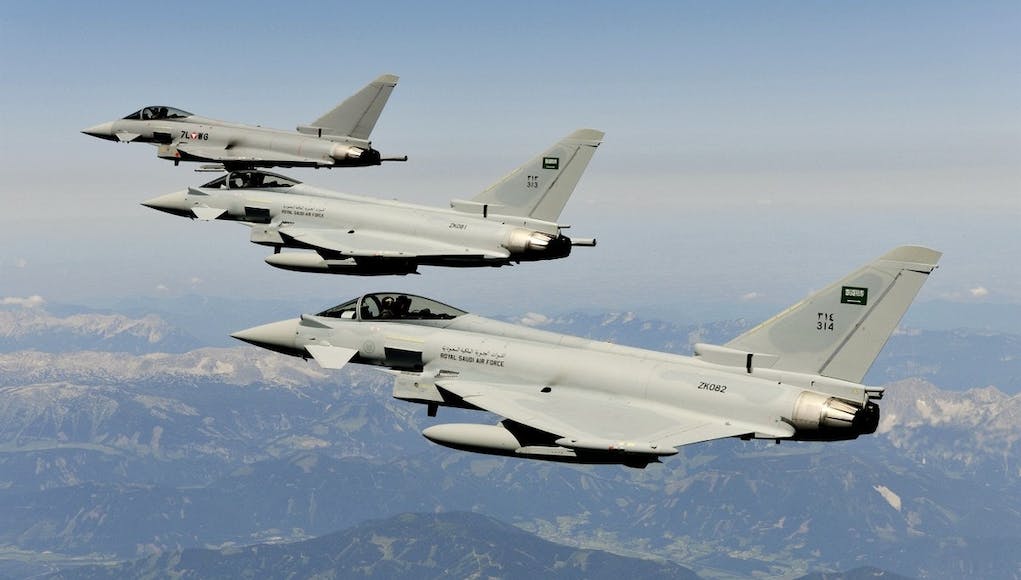 Weapons exports were stopped in June 2019 after the Court of Appeal ordered the government to clarify how it assesses whether their use in Yemen’s civil war breaches international humanitarian law (IHL).

It is understood from Government figures that the UK had licensed nearly £5 billion in weapons to Saudi Arabia since its Yemen campaign began in 2015. The conflict has triggered what the UN have called “the world’s worst existing humanitarian crisis”.

Liz Truss, the Secretary of State for International Trade, notified the House of Commons that the arms sales to Saudi Arabia will now resume.

“I want to update the House on the steps that have been taken to comply with the judgment of the Court of Appeal of 20 June 2019 regarding licences for military exports to Saudi Arabia for possible use in the conflict in Yemen. The legal proceedings concerned the decisions of the then Secretary of State for Business, Innovation and Skills of 9 December 2015:

The legal proceedings concerned Criterion 2c of the Consolidated EU and National Arms Export Licensing Criteria – which requires the Government to assess Saudi Arabia’s attitude towards relevant principles of international law and provides that the Government will not grant a licence if there is a clear risk that the items might be used in the commission of a serious violation of international humanitarian law (IHL).

The Divisional Court found in favour of the Government in its judgment of July 2017, noting that we applied a rigorous and robust, multi-layered process of analysis to making our licensing decisions. Our approach has focused on a predictive evaluation of risk as to the attitude and future conduct of the Saudi-led coalition, recognising the inherent difficulties of seeking to reach findings on IHL for specific incidents where we do not have access to complete information. Even so, this analysis has always incorporated a detailed and careful review of past allegations of incidents of concern. This included analysis, to the extent possible, of whether there were patterns of concern, in particular arising from trends in the number of allegations of civilian casualties and of damage to key civilian infrastructure. The Court of Appeal broadly endorsed this decision-making process.

The principal issue in the Court of Appeal was whether this analysis needed to go further. In the Court’s judgment, the question of whether there was an historic pattern of breaches of IHL was a question which required to be faced. Even if it could not be answered with reasonable confidence for every incident, at least the attempt had to be made. It was because we had not reached findings on whether specific incidents constituted breaches of IHL as part of our assessment of clear risk, under Criterion 2c, that the Court of Appeal concluded that our decision-making process was irrational and therefore unlawful.

To address the Court of Appeal’s judgment, we have developed a revised methodology in respect of all allegations which it is assessed are likely to have occurred and to have been caused by fixed wing aircraft, reflecting the factual circumstances that the court proceedings concerned. Each of those allegations has been subject to detailed analysis by reference to the relevant principles of IHL and in the light of all the information and intelligence available. An evaluation has then been made, in respect of each incident, whether it is possible that it constitutes a breach of IHL or whether it is unlikely that it represents a breach. For a number of incidents, as envisaged by the Court of Appeal, there is insufficient information to make this evaluation. Where an incident is assessed as being a “possible” breach, it is regarded – for the purposes of the Criterion 2c analysis – as if it were a breach of IHL. By setting the threshold as “possible” the IHL analysis has captured the widest range of relevant potential IHL breaches, to provide a base from which to assess the prospective risk for Criterion 2c.

The IHL analysis has now been applied to all credible incidents of concern of which we are aware. Some of these incidents have been assessed as “possible” violations of IHL. These have therefore been factored into the overall Criterion 2c Analysis on the basis that they are violations of IHL.

We have sought to determine whether these “violations” are indicative of:

(i) any patterns of non-compliance;
(ii) a lack of commitment on the part of Saudi Arabia to comply with IHL; and/or
(iii) a lack of capacity or systemic weaknesses which might give rise to a clear risk of IHL breaches.

We have similarly looked for patterns and trends across the incidents which have been assessed as being unlikely to be breaches of IHL and those for which there is insufficient information to make an assessment. This analysis has not revealed any such patterns, trends or systemic weaknesses. It is noted, in particular, that the incidents which have been assessed to be possible violations of IHL occurred at different times, in different circumstances and for different reasons. The conclusion is that these are isolated incidents.

I want to emphasise that the IHL analysis is just one part of the Criterion 2c assessment. In re-taking these decisions, I have taken into account the full range of information available to the Government. In the light of all that information and analysis, I have concluded that, notwithstanding the isolated incidents which have been factored into the analysis as historic violations of IHL, Saudi Arabia has a genuine intent and the capacity to comply with IHL.

On that basis, I have assessed that there is not a clear risk that the export of arms and military equipment to Saudi Arabia might be used in the commission of a serious violation of IHL. Having now re-taken the decisions that were the subject of judicial review on the correct legal basis, as required by the Order of the Court of Appeal of 20 June, it follows that the undertaking that my predecessor gave to the Court – that we would not grant any new licences for the export of arms or military equipment to Saudi Arabia for possible use in Yemen – falls away. The broader commitment that was given to Parliament, relating to licences for Saudi Arabia and its coalition partners, also no longer applies.

The Government will now begin the process of clearing the backlog of licence applications for Saudi Arabia and its coalition partners that has built up since 20 June last year. Each application will, of course, be carefully assessed against the Consolidated EU and National Arms Export Licensing Criteria and a licence would not be granted if to do so would be a breach of the Criteria. It may take some months to clear this backlog. Finally, as indicated in the statement made to the House on 20 June 2019, we sought permission to appeal to the Supreme Court against the Court of Appeal’s judgment. Permission was granted by the Court of Appeal on 9 July 2019. In light of the revised methodology which I have just described, I will now be taking steps to withdraw this appeal.”

Do I see two Saudi Typhoons and an Austrian Tiffie in the photograph!
An unusual photo-shoot – must have been during a BAE ferry-flight from Warton to the Kingdom.

Yep looking at the terrain below I’d say you’re spot on.

Unless George has been at it again with his Photoshopping!

All this nonsense because of complaints about bombs being dropped on terrorists.
I’m actually glad that Saudi Arabia is doing something about the Houthis

collateral damage and children is the issue. We complain when the Russians and Syrians do it

Interesting that every outrage news article about the Yemen conflict fails to mention the Houthis being an Iranian Pawn. People are brigading twitter as though the Houthis are Gandhi!

Thank goodness for that. I was a few years ago involved with the UK Organisation that oversaw the works in Saudi. The Saudi contracts , especially now post Brexit, and the cash they generate keeps the rate of income tax where it currently is . If we lost that work you can expect an extra 5p on the basic rate. That by the way is not an exaggeration. Thats the figure that was often quoted in various meetings. You mention a 5p increase in the basic rate of income tax to most people and they will suddenly be less concerned… Read more » 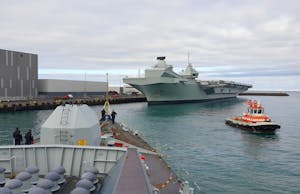