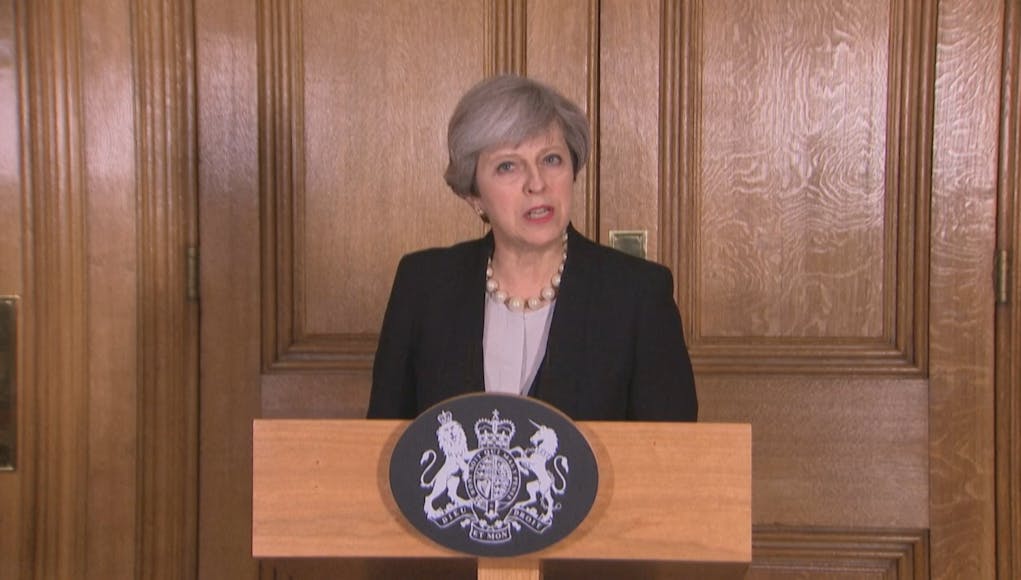 The threat level in the United Kingdom has been raised and Soldiers have also been deployed on streets in bid to prevent further attacks.

Operation Temperer is a plan to deploy troops to support police officers in key locations following a major terrorist attack. It was put into effect for the first time following the Manchester Arena bombing.

The plan provides for up to 5,100 soldiers to be deployed to “augment armed police officers engaged in protective security duties” at key sites in major UK cities.

Threat levels were originally produced by MI5’s Counter-Terrorism Analysis Centre for internal use within the British government. Assessments known as Security Service Threat Reports or Security Service Reports were issued to assess the level of threat to British interests in a given country or region. They had six levels: Imminent, High, Significant, Moderate, Low and Negligible.

Following terrorist attacks in Indonesia in 2002, the system was criticised by the Intelligence and Security Committee of Parliament as insufficiently clear and needing to be of greater use to “customer departments”.

Arse covering in overdrive from a government who knew of the perpetrators and did nothing.

May must appear strong despite all the evidence to the contrary.

It does look bad but we never know the full story. There are only so many people that the UK intelligence services can keep under close observation and I suspect that they have far more persons of genuine interest than they could handle even with double or triple the resources. How are we to ever know how many other even-more-likely-to-do-harm suspects were prioritised over this one and whether the monitoring of those other suspects prevented multiple bigger attacks than the Manchester one. Intelligence services staff must be making agonising decisions every day about how to allocate resources and however many… Read more »

Hi Julian, I absolutely agree 100%. We don’t see what goes on behind the scenes and never will – at least fully. Are mistakes made? Sure – but show me an intelligence service anywhere in the world who hasn’t made one at some point. The British public are blessed to have some of the finest intelligence services in the world and instead of beating up on them, we should be appreciative of all the attacks they HAVE prevented that we knew nothing about and allowed us to go about our daily lives unhindered. Men and women of the police, MI5,… Read more »

Yup, that’s been my view for years and I hold the same view today. As for your tribute that followed – beautifully put – I couldn’t agree more.

I don’t think Joe said it was the security services fault lads, he said quite clearly it’s the governments fault. And it is 100%, cuts cuts cuts cuts to police and every other public service but who cares as long as the leader looks like a “statesman” they will get your vote hey..pathetic..it’s time people smarten up and look at policies, manifestos, public services and then make their choice. People thinking it’s all British intelligence that does this, yes they are the best we have but police detectives also do major anti terrorist work and they have been savagely cut… Read more »

And that is relating to how the attack itself could possibly have been stopped, how about the bomber himself.. He was the product of the US and UK overthrow of Gaddafi in Libya and “regime change” policy in Syria. He was a radicalized Libyan whose family fled Gaddafi’s secular Libya, and later he trained to be an armed “rebel” in Syria, fighting for the US and UK “regime change” policy toward the secular Assad government. The suicide attacker was the direct product of US and UK interventions in the greater Middle East. That is FACT, have a look at the… Read more »