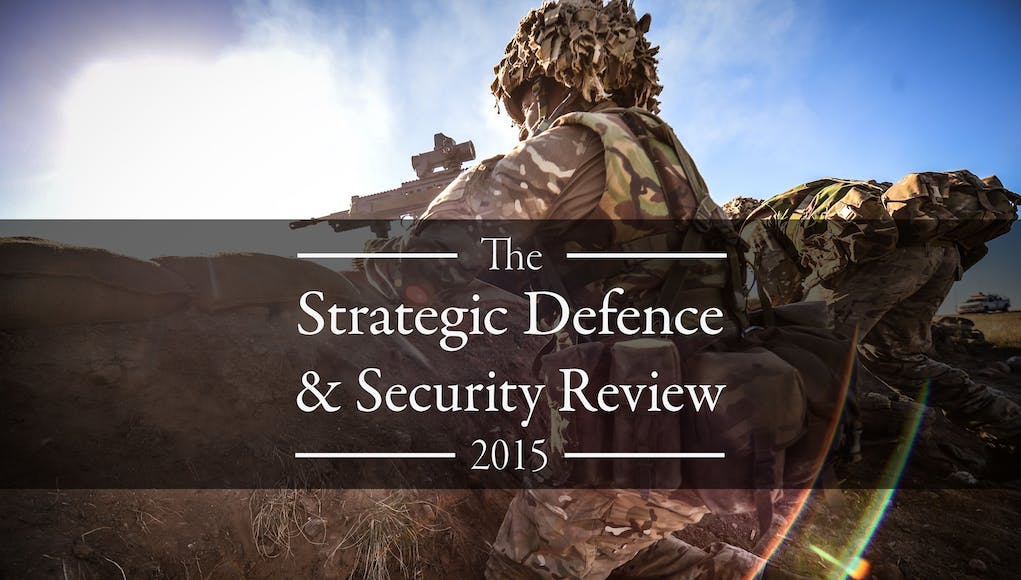 The SDSR has outlined plans for the United Kingdom to deploy a potent, expeditionary force of around 50,000, based on a land division, maritime task group and expeditionary air group. This is up from the 30,000 suggested at the previous review.

We will be able to deploy a larger force more quickly. By 2025, this highly capable expeditionary force of around 50,000 (compared with around 30,000 planned in Future Force 2020) will include:

When the Armed Forces are not deployed at this scale, they will be able to undertake a large number of smaller operations simultaneously. These might include:

• A medium-scale operation, often drawing mostly on just one Service, such as our current counter-ISIL mission in Iraq. 30 National Security Strategy and Strategic Defence and Security Review
• Multiple additional operations, ranging from specialist missions such as counterterrorism or counter-piracy, through to broader, more complex operations such as the military support to tackle Ebola in Sierra Leone or the enduring naval presence in the Gulf.
• A wide range of defence engagement activities, such as training teams and mentoring.

Joint Force 2025 will be underpinned by significant policy changes: in personnel policy to ensure that the Armed Forces can recruit and retain the people they need in a competitive employment market; a stronger international focus in defence; and a defence innovation initiative to ensure that we remain in step with our closest allies and ahead of our adversaries. We will develop proposals to ensure that the Armed Forces can operate effectively overseas and are not subject to unjustified legal claims that undermine their ability to do their job.

50k by 2025? that’s joke, we need that immediately; a total underestimate of the current threat. Do we have any good Generals? e.g. General Sir Peter De La Billiere or Gen Mike Jackson? UK MOD needs guidance from appropriate experienced people. All Europe’s borders (including UK’s) are wipe open. We need Marines at UK Ferry Ports and on board Ferries between Europe and UK. If you thought the IRA was an issue, look what you got now.

John…why not have a soldier on every coach and a sky marshal on every plane or invite the naval shore patrol around for tea. The object is bot to allow IS to push us down the route you are suggesting by turning the UK into an armed camp, thereby restricting our own freedoms. This review is about meeting the challenges of a new world and it takes time to change. It doesn’t mean we’re impotent in the meantime.