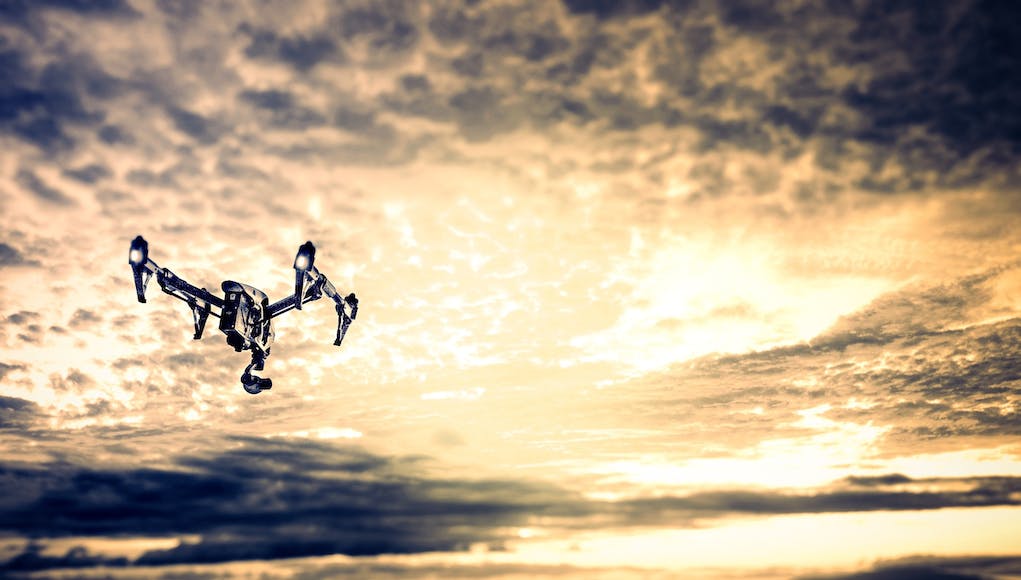 The government has announced that all major UK airports will be equipped with anti-drone technology, following sightings at Gatwick and Heathrow.

This comes after a government consultation on the matter.

The military were called in to handle drones seen at Gatwick airport, a scene that lasted for three days, grounding hundreds of flights and affecting 140,000 people.

There were further disruptions at Heathrow, the worlds second busiest airport, however with less significant ramifications.

After the incidents, drone safety protocol has come under heavy criticism.

Existing drone policy near airports states that the drone must not be in eyesight at all times, at least 50m away from buildings and people, and no higher than 120m.

Gatwick announced it would invest in ‘military-grade’ anti-drone equipment to prevent the drones from bringing airports to their knees again. It has already invested £5m in the project.

It is not yet clear what shape these new defence systems will take.

It is believed that the MoD ordered a drone defence system, named Drone Dome C-UAS, developed by an Israeli company. The system was not yet implemented at the time of the Gatwick drone sightings, however.

The government also announced that police will have heightened powers to search premises and seize drones along with their data.

Police, with their new powers, can land drones and hand-out fines of up to £100 for low-level offences.

Drone users are now required by law to show an officer their appropriate documentation and licensing.

Aviation minister Liz Sugg said in a statement, that the new police powers will “help ensure the potential of this technology is harnessed in a responsible and safe way”.

These controls will aid officers to find the culprits of such disruptions in the future, something they could not provide in the case of Gatwick and Heathrow.

New government policy will widen the drone exclusion zone to current Air Traffic Control boundaries of around 3 miles. This will be increased from around 1/6th of a mile.

Further, it will become illegal by November 2019 to possess a drone and not be registered with the appropriate authorities.

It is clear that the events in London have provided a wake-up call for the government’s drone policies, marking this paradigmatic shift.

How reatrded! It’s not laws we need more of it’s tech! The laws already work for 99.9% of drone users around airports and unless your a retard you should automatically know not to fly drones around airports!. The “NEW LAWS” aren’t going to stop people deliberately wanting to cause trouble with drones! Fact. There should be a system created that has a laser that burns the drones out the sky well before they get close to the airport or planes, lasers work at the speed of light so we can’t get a faster system. I wouldn’t trust the accuracy of… Read more »

This system has already been developed. However it is a mighty expensive system and it would have to be mounted carefully in order to be able to target drones anywhere around the airport property. A better system is the Drone Dome system (I think this is what the British army are using) which detects the drone and can jam its systems.

I agree that new laws are not needed. The current ones already cover anyone trying to cause problems.

I essentially started three weeks past and that i makes $385 benefit $135 to $a hundred and fifty consistently simply by working at the internet from domestic. I made ina long term! “a great deal obliged to you for giving American explicit this remarkable opportunity to earn more money from domestic. This in addition coins has adjusted my lifestyles in such quite a few manners by which, supply you!”. go to this website online domestic media tech tab for extra element thank you .
great home job

Start working at home with Google. It’s the most-financially rewarding I’ve ever done. On tuesday I got a gorgeous BMW after having earned $8699 this last month. I actually started five months/ago and practically straight away was bringin in at least $96, per-hour. visit this site right here…..www.mesalary.com

Start working at home with Google. It’s the most-financially rewarding I’ve ever done. On tuesday I got a gorgeous BMW after having earned $8699 this last month. I actually started five months/ago and practically straight away was bringin in at least $96, per-hour. visit this site right here…..href=”https://bit.ly/2ADFoqu”>great home job