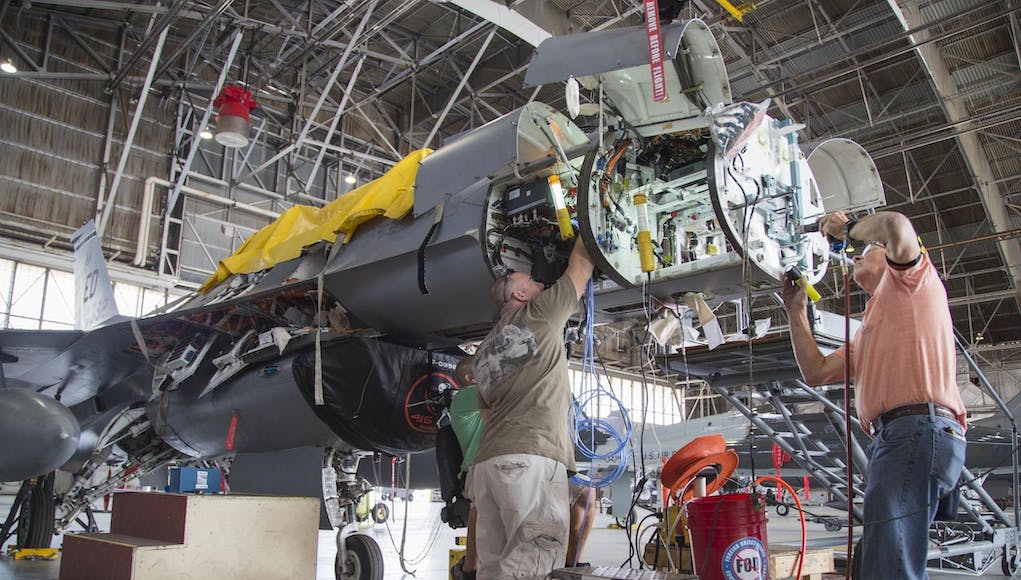 “AESA radar upgrades are critically important to give the F-16 community, the tactical advantage it deserves, and we are honored to provide this differentiating technology for the safety and mission effectiveness of our warfighters.

The APG-83 SABR system is in full rate production and available now for U.S. and international F-16 upgrades.”

The radar upgrade extends the operational viability and reliability of the F-16 and provides pilots with 5th generation fighter radar capabilities to counter and defeat increasingly sophisticated threats.

The company say that the greater bandwidth, speed, and agility of Northrop Grumman’s APG-83 SABR enables the F-16 to detect, track and identify greater numbers of targets faster and at longer ranges. In addition, the radar can operate in hostile electronic environments and features all-weather, high-resolution synthetic aperture radar mapping, which presents the pilot with a large surface image enabling precision target identification and strike.