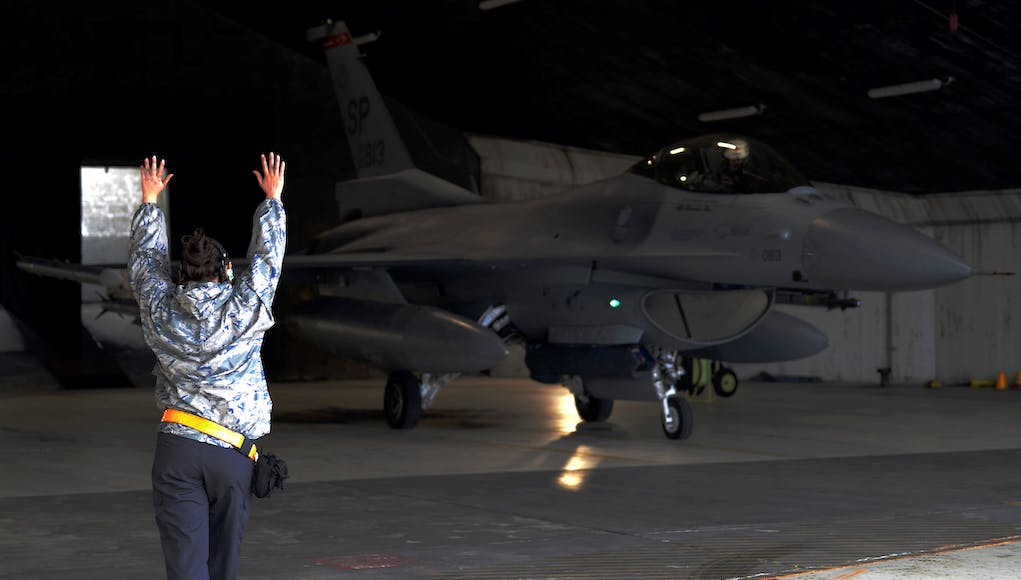 Share
Facebook
Twitter
Pinterest
WhatsApp
Email
At the end of July, the US Air Force deployed personnel and F-16 fighter aircraft to Iceland.
Their mission is to establish air surveillance and interception coverage over Iceland, in order to maintain the integrity of NATO’s airspace and to meet Iceland’s peacetime preparedness needs.
Shortly after the arrival of the US Air Force detachment a team from NATO’s Combined Air Operation Centre (CAOC) Uedem, Germany, certified the F-16Cs for their mission in Iceland. Supported by the Icelandic Coast Guard, a series of instruction briefs were presented covering flying operations including safety, security and airspace deconfliction and Search and Rescue procedures.
“Briefings by the CAOC made the US Air Force staff familiar with pertinent NATO regulations, Air Policing basics and the NATO Command and Control structure and arrangements.
On the practical side, the F-16C detachment conducted several supervised training scrambles and further familiarisation sorties. At the end of the certification programme, the US Air Force team provided proof of their prepardness and readiness to execute the mission safeguarding the skies over Iceland for the next three weeks.”
“Although the weather did not look too promising in the mornings during the certification period, all required activities were effectively executed as scheduled and another successful certification accomplished”, said German Air Force Lieutenant Colonel Willi May, leader of the CAOC Uedem certification team on site in a press release.
“For the upcoming weeks the women and men of this F-16 detachment will be ready to execute this routine peacetime Air Policing mission on behalf of NATO. Together we conducted the certification programme smoothly and expeditiously, integrating the Spangdahlem F-16Cs as a new player into the NATO Air Policing architecture,” May said.
“This showcases the very good and professional cooperation among NATO the US Air Force and the Icelandic Coast Guard.”

There were F15s there if I recall in the Cold War.

There was a F-15C squadron stationed there until about 1995. These Eagles had conformal fuel tanks for extended range intercepts. These were the only C-models with these tanks.

Thank you. Kevlavik I think it was called.