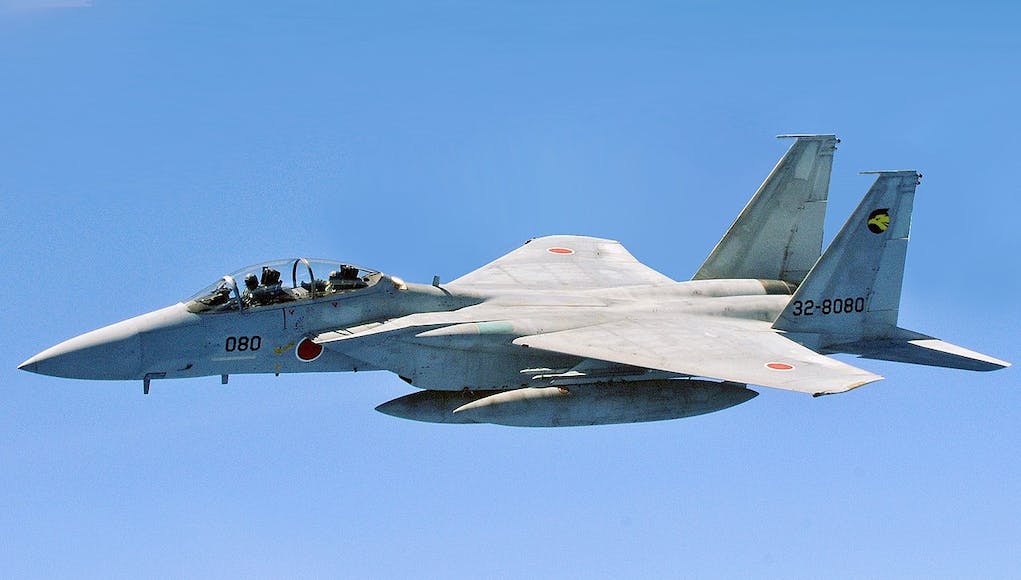 The US State Department has approved Japan’s request for upgrades for its F-15 Eagle aircraft.

the US Department of State approved a possible sale of a modernisation package for 98 F-15J fighter aircraft valued at an estimated $4.5 billion. The US Defense Security Cooperation Agency notified US lawmakers of the possible sale.

The State Department said in the contract notification:

“The State Department has made a determination approving a possible Foreign Military Sale to Japan for the upgrade of up to ninety-eight (98) F-15J aircraft to a Japanese Super Interceptor (JSI) configuration for an estimated cost of $4.5 billion.  The Defense Security Cooperation Agency delivered the required certification notifying Congress of this possible sale today.

This proposed sale will support the foreign policy goals and national security objectives of the United States by improving the security of a major ally that is a force for political stability, and economic progress in the Asia-Pacific region.  It is vital to U.S. national interest to assist Japan in developing and maintaining a strong and effective self-defense capability.

This proposed sale will provide Japan a critical air defense capability to assist in defending the Japanese homeland and U.S. personnel stationed there.  Modernized F-15J assets will better enable Japan to respond to airborne threats and defend its airspace.  Japan will have no difficulty absorbing this equipment and support into its armed forces.”

The approval of the possible sale to Japan comes nearly two months after the Japanese Ministry of Defense requested a record $50 billion defense budget for the 2020 fiscal year — a 1.2 percent rise over the 2019 fiscal year.

The US Air Force has not committed to buying any F-15Xs and it’s doubtful they ever will.

pkcasimir – Are the allocation of budget fund’s not a confirmation of orders ?

The article you cite is out of date. The US has not committed any funds to purchase the F-15X. Boeing is desperately trying to create an atmosphere to force the USAF to buy this fourth generation fighter because Lockheed Martin has the fifth generation market sewn up. I’m sure you are aware that the US Air Force just purchased a couple of more lot numbers of the F-35. You might find this article of interest.

The Japanese seem to take their defence seriously, and now have quite a good offensive capability, after years of being obligated by law to be defensive only. Well done, great and very useful friends to have in the region.

The JMSDF is really on a roll with the launch of new hulls. The Maya class are AAW command cruisers despite the destroyer designation. They and 2 larger follow-ons will be the primary surface escorts for upcoming JMSDF CVs.

For decades they’ve had a pacifist nature and culture since WW2, and now they’ve woken up to the threat China is posing so they’re taking defence seriously, realising that they cant rely on the US for everything and that they need a strong military force.

Shame our own politicians and those in Europe cant see the same thing: resurgent Russia on Europe’s doorstep, who has been investing in supersonic and hypersonic missiles and other things. We need to wake up and take our own defence more seriously.

I don’t think Corbyn is listening.

With Corbyn said stick would barely be a twig.

The article says Japan is proposing a budget of $50 billion… that’s about £39 billion. The UK spending round for 20/21is set to £41.3 billion. There has been an increase in real terms of nearly 10% over 4 years. So we are doing ok when you look at other countries.