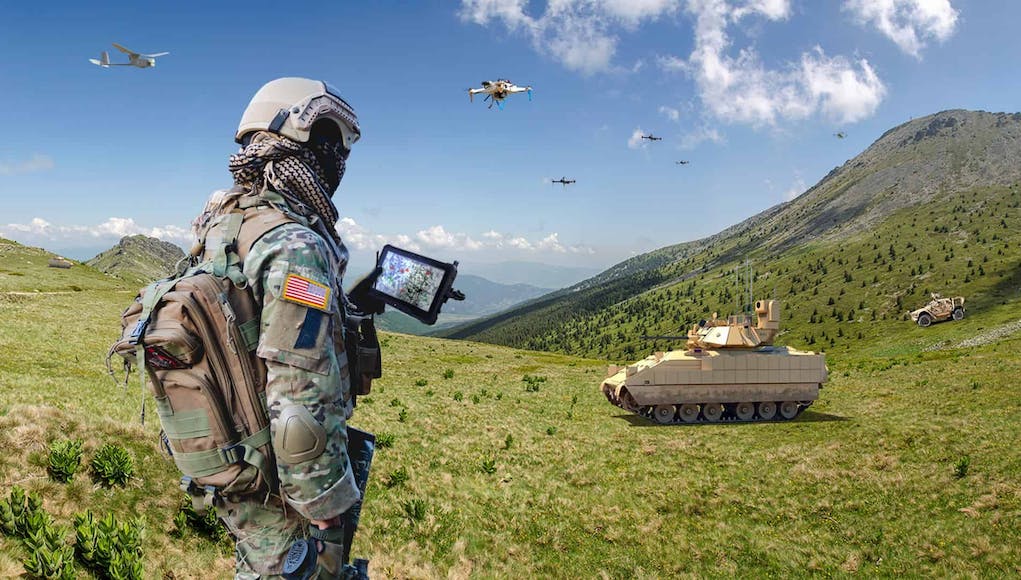 The US Army Futures Command is soliciting industry for information on emerging technologies in robotics and sensors to enhance the targeting capabilities of Army small tactical units.

Researchers are in the initial stages of the Smart Targeting Environment for Lower Level Assets, or STELLA, program that will enable Soldiers to operationalize robotics to rapidly employ, build and share target data in multi-domain operations. The goal is to shorten the amount of time it takes for Soldiers to detect, acquire and identify a target before they engage the enemy, say the US Army.

“AFC’s major subordinate command, the Combat Capabilities Development Command, or CCDC, is leading the effort and will issue a request for information, or RFI, in August 2019. The RFI will help the Army to gauge current capabilities, ongoing research and development, and emerging trends.”

“We’re developing an efficient system so there is a Soldier in the loop making a decision much more quickly on what needs to be engaged. The future battlefield will include a large number of sensors detecting targets and high-value assets. With higher volumes on information, we need to ensure the Soldier isn’t overwhelmed,” said Osie David, a chief engineer within CCDC’s center for Command, Control, Communications, Computers, Cyber, Intelligence, Surveillance and Reconnaissance — or C5ISR.

Several areas of science and technology expertise will converge for the STELLA program, Osie said.

C5ISR Center will use the findings from the RFI to inform future efforts in support of the Army’s manned-unmanned teaming concept and anticipates releasing a request for proposal, or RFP, in early 2020. The STELLA program is scheduled to begin in 2020, say the US Army in a news release.

November 9, 2021
Vice Admiral Chris Gardner has confirmed that "it was a propulsion problem".