Home Air US deploys F-35A jets to the Middle East 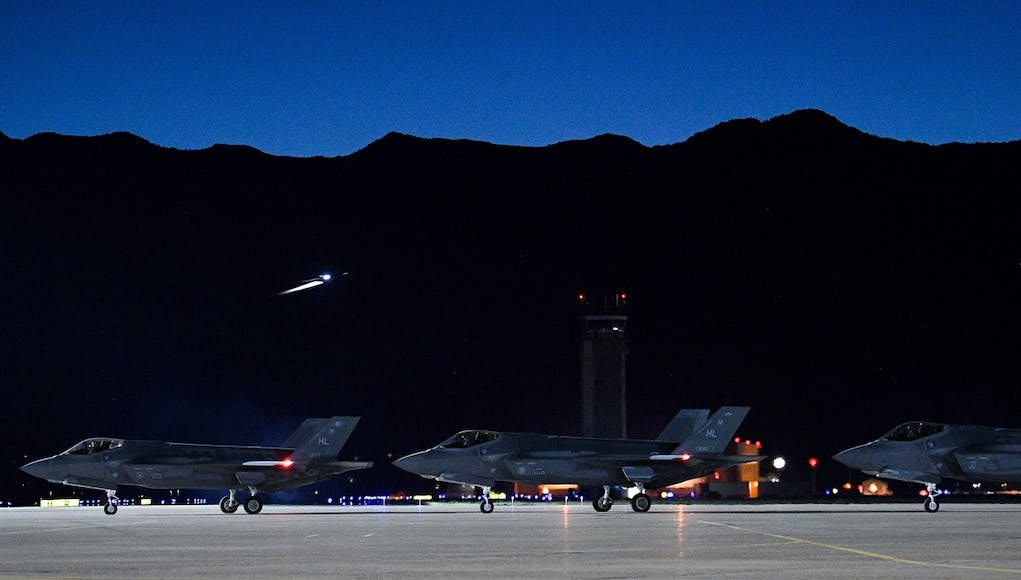 For the third time in 12 months, the United States has deployed F-35A Lighting jets into combat.

“This demonstrates the readiness of our Airmen, our weapons system, and the importance of both to the Air Force and our national defense mission. On top of that, add in prepping and training in this challenging coronavirus environment. As leaders, we couldn’t be more proud of our Airmen.”

The U.S. Air Force say that the deployed squadron is made up of pilots and maintainers from the active duty 421st and Reserve 466th Fighter Squadrons and Aircraft Maintenance Units as well as personnel in other support functions.

“Three weeks ago, an initial wave of active and Reserve Airmen who were deployed with the 34th Fighter Squadron returned to Hill following a 6-month deployment to Middle East. A large contingent from the 34th remain in the region and will return home soon. During the deployment, the 34th FS performed close air support, offensive and defensive counter-air, and maritime escort. They also operated simultaneously from two different bases for more than three months and participated in multinational exercises, strengthening partnerships with regional allies. The 421st Fighter Squadron will likely take on a similar role.”

The F-35A is the conventional takeoff and landing variant of the Joint Strike Fighter. The U.S Air Force say that the 388th and 419th are the U.S. Air Force first combat-capable F-35A units. The first operational F-35As arrived at Hill in October 2015.