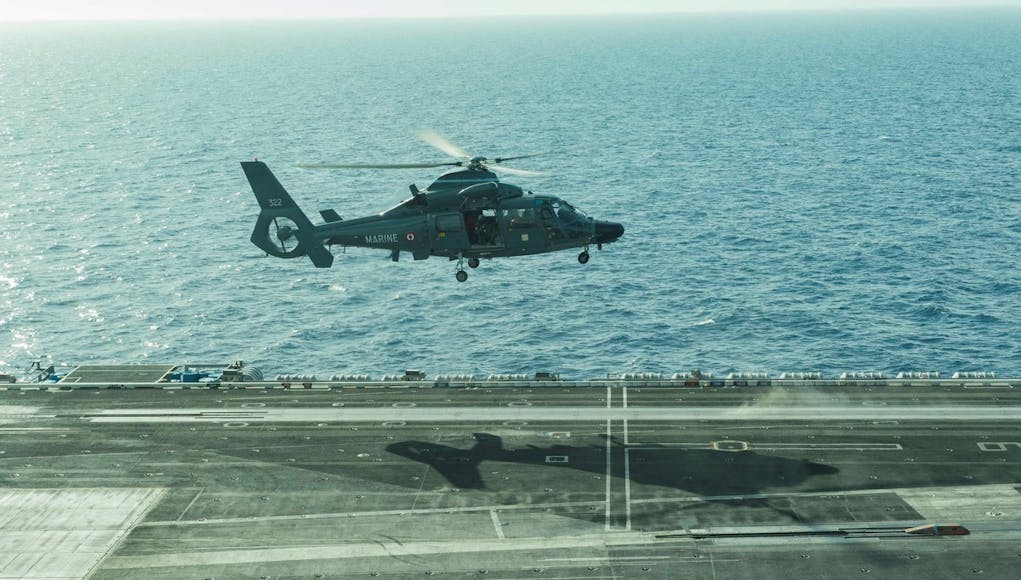 These dual-carrier operations demonstrate the combined military capability fostered by the US Navy working alongside the French Navy for many years.

“As a result of regular exchanges and cooperative training on a routine basis, our interoperability has advanced to an extremely high level,” said Vice Adm. Laurent Isnard, the French Commander-in-Chief, Mediterranean.

“Our navies are truly plug-and-fight, especially in the Mediterranean but also throughout the world.”

The Charles de Gaulle has a history of operating with U.S. carriers. In 2016, Ike and CDG similarly operated alongside each other and conducted joint operations in support of Operation Inherent Resolve from the Mediterranean Sea. As recently as last year, CDG also operated with USS John C. Stennis while in the Red Sea.

“Our seamless interoperability at sea demonstrates our collective ability to conduct high-end integrated operations whenever and wherever we choose,” said Vice Adm. Lisa M. Franchetti, commander of U.S. 6th Fleet.

“Joint operations with these two carrier strike groups in the Mediterranean underscores the commitment of the U.S. and French navies to security and stability in the maritime domain.”

In April 2018, France, the U.K, and the U.S. conducted strikes into Syria in response to the Syrian regime’s use of chemical weapons against its own people.

I think the RN is looking to be similarly ‘plug-and-fight’ with the US Navy and in particular with the USMC. Given that the USN and USMC are also looking to improve the way they operate together and support each other, the Royal Navy’s QEC could provide an interesting intermediate sized capability between the USN CVN’s and the USMC F-25b carriers. Especially given that the lack of CATS and Traps on the amphibious assult ships will limit the payload / range of the F-35b.