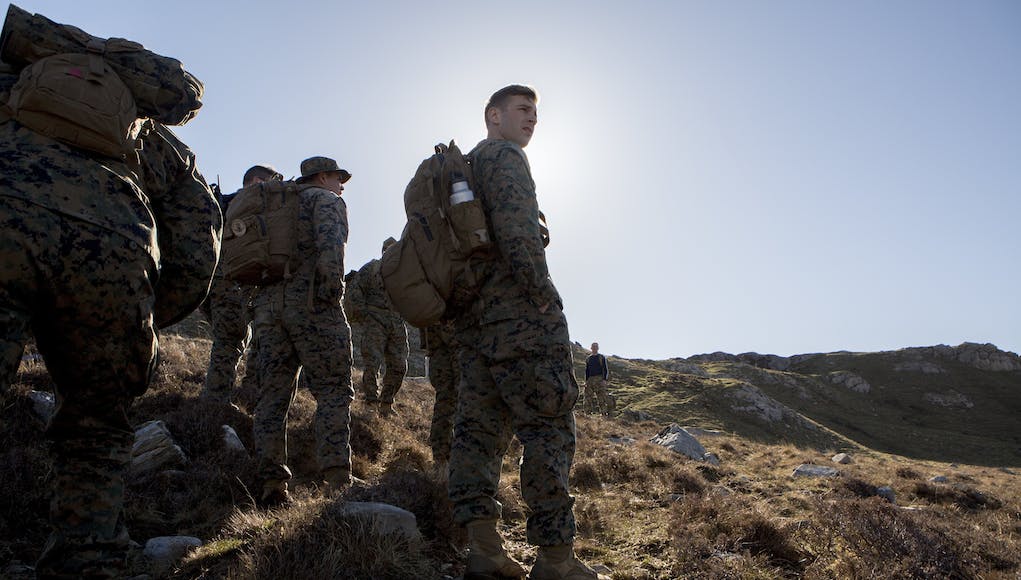 According to the US Marine Corps website, the official purpose of the Marine Corps’ six Air Naval Gunfire Liaison Companies is to “provide Marine Air-Ground Task Force commanders a liaison capability with foreign area expertise and to plan, coordinate, employ and conduct terminal control of fires in support of joint, allied and coalition forces.”

Joint Warrior, an exercise that supports approximately 15,000 partner nation’s service members, is designed and led by the UK’s Joint Tactical Exercise Planning Staff, and is a multi-warfare exercise designed to improve interoperability between allied navies and prepares participating crews to conduct combined operations during deployments.

“Joint Warrior is a multi-national exercise aimed at improving the interoperability between all the allies participating,” said U.S. Marine Corps Capt. Ryan Matthews, a firepower control team leader with 4th ANGLICO, FHG in a release.

“Coming here, our primary intent was to improve on our liaison capabilities with our joint coalition partners, as well as improve our main mission of fire support coordination and bringing that firepower to our allies.”

“Being here, training with the other countries, has been great,” said U.S. Marine Corps Lance Cpl. Gregory McDonald, a radio operator with 4th ANGLICO, FHG.

“Joint Warrior, in itself, has been a great experience with me being able to learn a lot of new and different things. The weather has been a factor, it’s definitely colder than south Florida. But, for the most part, it’s good training for other terrains and different atmospheres. As an ANGLICO Marine, if I do deploy or go somewhere else, I’ll be able to quickly adapt to that weather now.”

In addition to dealing with the daily temperamental weather changes and call-for-fire drills, 4th ANGLICO took part in enhanced training from British forces; including a 10-kilometre crash course in land navigation on Scotland’s mountainous hills and marshland, and an eight hour cold-weather survival exercise where they learned how to build shelter, make clean water and catch and clean a fresh animal carcass.

“They’ve been very enthusiastic to learn what we do and very happy to take part in some of the things we’ve coordinated, like the survival exercise. On that, they were keen to learn what we do and what we learned in the British Army. They’ve also been a part of some land navigation and it’s something they also really enjoyed and taken a lot away from as well.”

Looking back on the 14-day exercise, 4th ANGLICO enhanced one of the most invaluable skill’s in their arsenal, how to properly liaison with other countries through interoperability.

“Interoperability is one of the main tenants of our mission in conducting liaison, and we certainly achieved that goal,” said US Marine Corps Capt. Ryan Matthews.

“This exercise was definitely a success in that we achieved interoperability with our hosts by conducting fire and close air support to our partner nations. Our Marines were able to call-for-fire from Dutch, German, Turkish and British ships, as well as our own US Navy. Ultimately, we speak the same language and have the same intent. It’s been a good experience learning the way they do things and showing them the way we operate as well.”