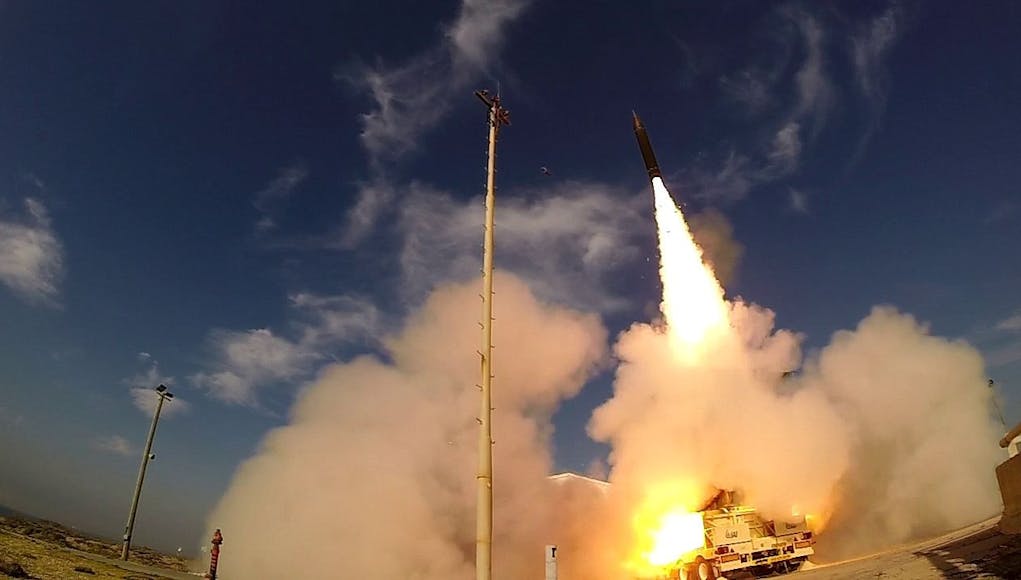 The US Missile Defence Review pushes for space-based sensors to find and destroy incoming missiles.

The review specifies that this is crucial in combating the increase in threats by ‘rogue’ states against the United States.

The delayed plans include a laser-based defence system, capable of tracking down and destroying incoming projectiles.

The review calls for studies to be conducted before constructing such a system, which would weaponize space for the first time.

Information that surfaced before the review was made public, revealed by a classified official, claimed that space defences were absolutely essential for US missile defence. The individual however, stressed that the US government are only investigating whether the construction of such a system would be feasible.

The Defence Review comes following President Trump’s defence policy being sharply criticised. A report from the National Defence Strategy Commission claimed that defence systems had “eroded to a dangerous degree”.

It exposed fundamental weaknesses in American defence policy due to the global proliferation of modern technologies, and political ‘dysfunction’ in the US. As a result, the report claimed “America has significantly weakened its own defence”.

President Donald Trump promoted and outlined the review in a visit to the Pentagon on Thursday.

President Donald Trump had previously called for the formation of a sixth branch of the US army named the Space Operations Force, to ensure US hegemony in space. Last year, the electorate were called upon to vote on the organisations logo.

President Trump commented that it simply wasn’t enough to have a US space presence, instead it needed to dominate it. This accompanied plans to send Americans back to the moon beyond to Mars, as well as the defence system.

In his address at the Pentagon, President Trump said such technology could defence each of America’s cities.

He also stressed the importance of being a global leader and innovator. Although lofty goals, the creation of such a structure would put America generations in front of it’s adversaries.

This is not a new idea, as President Reagan had a comparable plan named the Strategic Defence Initiative in 1983. Also known as ‘Star Wars’, Reagan’s proposal outlined similar tactics for a celestial defence system. This was to combat the threat of USSR ICBMs. The system was found to be too costly and impractical and was dropped in 1993.

What are the Threats to US National Security?

Fundamental threats to US security come from Russia, China, Iran and North Korea. The threats take the shape of modern technologies which threaten to leave the US behind.

Examples of such technologies include Russia’s hyper-sonic missiles, tested successfully in December 2018, as well as Iran’s developing nuclear arsenal. President Putin claimed his missiles were unable to be intercepted.

As for China, The Pentagon believes the People’s Liberation Army are on the verge of possessing some of the most modern weapon and defence systems in the world. The Pentagon also claims that in some areas, China are already global leaders.

For President Trump, it is unacceptable to let Russia or China be the space pioneers of the contemporary period.

Good Morning. Star Wars was dropped? That’s the thing. I don’t believe that for a moment. The Black Budget will always hide the greatest technology breakthroughs before they come out into the “White World” decades later. The systems may not have been deployed en masse but the tech was researched, and is there. No “Investigations as to whether such systems are feasible” needed. These claims are the same as saying there was no U2, there was no SR71/A12/ there is no F117, or F119 as it was first suggested, we are not flying over Russia, we are not fiddling with… Read more »

Id think although the ‘Star Wars’ project was officially dropped some tangible capability must have been produced and deployed because of it.Wasnt it the case that this was the main reason for the Collapse of the Soviet Union ?

I thought it was the general cost to the USSR trying to keep up yes, including SDI and the cost of upgrading the VPVO to defend against B2 and ALCM.

Roswell happened? Wow those rumours about Prince Philip being a reptile must be right then, the timing of him entering the Royal Family can’t be a mere coincidence surely. And we all know that reptiles have a terrible record in road accidents.

Lol. Wondered if anyone noticed I’d slipped that in.

I don’t relate the affidavits of 200 witnesses to congress over what they saw in July 47 with the rantings of David Ike I’m afraid. That’s a debunkers job.

So no, of course he’s not. He’s just an old fashioned grumpy old so and so. Still a HRH and worthy of respect, unlike some of the more recent lot.

To go back further the first of the 41 for Freedom were built and did their first patrols in secret. With most of the world thinking they were simple SSNs and not the first Polaris SSBNs.

Somewhat tangentially related – any news on what has happened with the U.K. Space Agency vertical launch site up in Scotland? What’s the latest with that and the horizontal launch site in Goonhilly? Has it all petered out?

Levi. Unrelated, but are the Ospreys still around?

No more Ospreys seen, but they may still be about; I’ve not been in much the last few days. I’ll keep an eye and an ear out

No more Ospreys, but I’ve barely been in for the last few days. I’ll keep an eye and an ear out

They flew from both Boscombe and Middle W.

Newquey i think as Goonhilly an earth station

I thought that the Scottish location was only confirmed a few months back so a bit early for developments if my memory is indeed correct.

Not sure this is the best use of money – although it might be good for hiding black budget activities as noted above.

At the end of the day Russia and China are developing asymmetrical capabilities, which are far cheaper than the US and which in large part circumvent US investments.

That being said – space based interception pretty much neutralises a hypersonic glide vehicle, or at least reduces its range significantly.

I wonder if it can protect New York, San Francisco et al from a nuclear torpedo.

If we had the money, I wish the UK had at least one battery of THAAD or Aegis Ashore.