Lockheed Martin has received an $86.5 million contract from the US Navy and Air Force for Long Range Anti-Ship Missile (LRASM) production.

The contract marks the first production award for the air-launched variant of LRASM, and includes 23 missiles and engineering support. Low-rate initial production Lot 1 is the first of several expected annual production lots that will deliver next-generation anti-ship missiles to the US Navy and US Air Force.

“This first production lot of LRASM brings a new level of capability to both the U.S. Air Force and the Navy.

LRASM enables our warfighters to prosecute even the most advanced enemy ships.”

“LRASM is designed to detect and destroy specific targets within groups of ships by employing advanced technologies that reduce dependence on intelligence, surveillance and reconnaissance platforms, network links and GPS navigation in electronic warfare environments. LRASM will play a significant role in ensuring military access to operate in open ocean/blue waters, owing to its enhanced ability to discriminate and conduct tactical engagements from extended ranges.

LRASM is a precision-guided, anti-ship standoff missile based on the successful Joint Air-to-Surface Standoff Missile – Extended Range (JASSM-ER). It is designed to meet the needs of U.S. Navy and U.S. Air Force Warfighters in contested environments.”

The air-launched variant provides an early operational capability for the US Navy’s offensive anti-surface warfare Increment I requirement to be integrated on-board the US Air Force’s B-1B in 2018 and on the US Navy’s F/A-18E/F Super Hornet in 2019.

We have what,stormshadow always we get the wrong weapon,because of you know who in westminster.

Oh do stop moaning ….and find out what Labour did to our armed forces in their 13 years!!

Will
Reply to  geoffrey james roach

We know what the Tories have managed in seven…

Defence has been politically underfunded by all government in the last 20 years…. its a testament to the hard work of our military staff and MoD civil service that we still have what we have as well as these new and world class carriers and other new systems.

is mbda developing a similar weapon or is this in contention for replacing harpoon?

Pete well done you are right. The UK armed forces need an interim stop gap measure to replace harpoon. As the NSM is a mature, fully developed and tested weapon I would really advocate that system. What is not to like? £1 million a shot, stealth technology, advanced sensors, long range circa 150kms and the ability to be vertical launched from a strike length mk 41 system or canister launched from a deck. Not to bothered which option the RN gets at this stage just so long as the UK armed forces retain the ability to sink enemy warships. £250-300… Read more »

Not to mention the fact that NSM is in the same missile family as JSM and the two presumably have a decent amount of commonality in terms of components, technical training, etc. With JSM already scheduled for F-35 integration (not internal on F-35B sadly due to smaller bay) and with Norway getting P-8A very possibly meaning a funded integration on that too then NSM/JSM begins to look a better and better fit for the UK. Based on the capabilities of past MDBA missiles (Brimstone, Aster) and how other MBDA missiles seem to be turning out (SPEAR 3, Meteor) I have… Read more »

with production underway for both potential interim solutions the time would be right to create real competitive tension between the alternative options…given they may be interim solutions could even explore lease options against opex budgets with capex spent on test firings only….

Pete. Although we are talking about an interim measure purchasing an anti ship/ surface strike missiles, with harpoon being scrapped. This interim measure needs to be in frontline service for at least 12 years until Perseus comes along. Thus not that interim and worth a multimillion £ investment.

Not suggesting the operating cost would be low but im used to supporting heavy engineering industries that frequently consider the merits of purchase v lease access to the technologies and assets they need even over the longer term. I would envisage that leasing such assets and support would be viable as there will be a number of ready clients that could absorb the inventory at the end if the lease. ..assuming we haven’t gone to war in meantime…..assuming nd persius isn’t 15 years late. 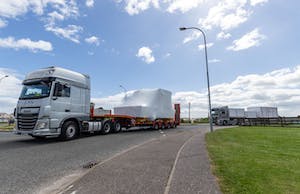