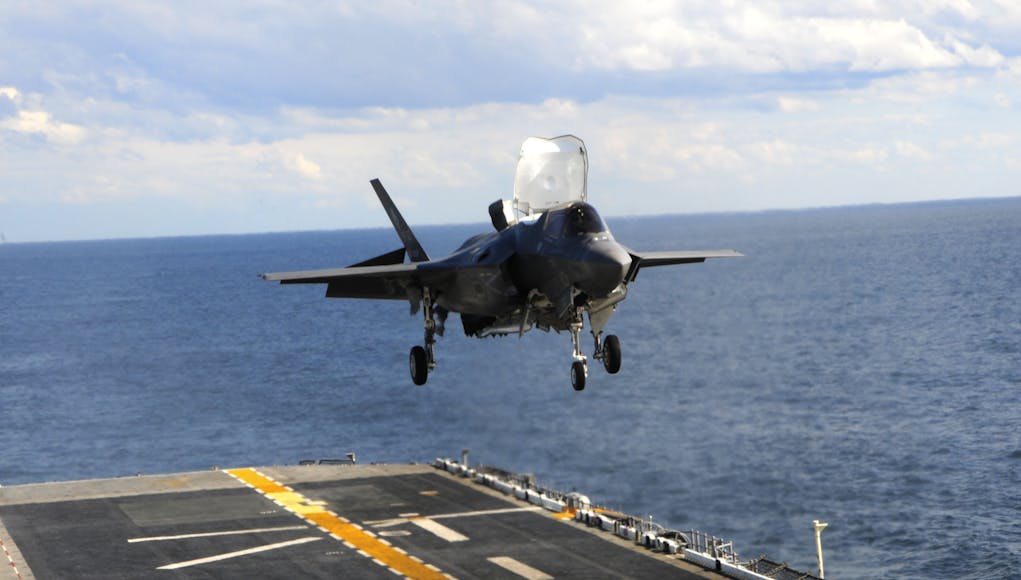 Raytheon has received a $235m contract to begin the low-rate initial production of GPS-equipped systems designed to guide military aircraft on to carriers or amphibious assault ships.

The company will manufacture 23 Joint Precision Approach and Landing Systems along with three upgrade kits, associated data and engineering change proposals, the US Department of Defense said Wednesday.

Recently, F-35Bs deployed to the Pacific aboard the USS Wasp used the Joint Precision Approach and Landing System (JPALS) to guide them onto the ship’s deck in all weather and surface conditions up to the rough waters of Sea State 5.

The system allows precise landings through GPS receivers and an encrypted, jam-proof datalink.

“JPALS goes a long way toward ensuring the safety of our aircrews and the success of our missions.”

JPAL’s precision navigation is equally effective ashore they say. A land-based version of the system can be small enough to be either dropped into an austere environment via parachute or driven in on a trailer.

“Deploying with the F-35 is a good start, but it’s just the beginning,” said Matt Gilligan, Raytheon vice president of Navigation, Weather and Services.

“There are many fixed and rotary wing aircraft around the world and across the services that deploy to harsh, low-visibility environments where JPALS would be extremely valuable.”

The system is slated to go into production in 2019 and Raytheon are trying to sell the system to the Royal Navy for the Queen Elizabeth class carriers, with no luck.