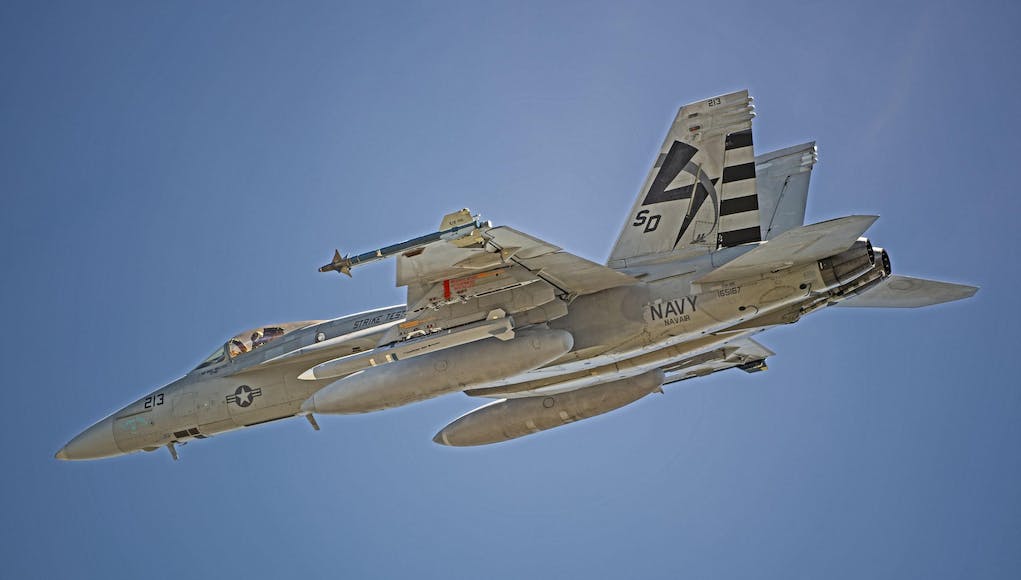 During the test, the U.S. Navy say that the F/A-18 Super Hornet conducted a series of aerial maneuvers in order to evaluate integration and structural characteristics of the AARGM-ER. Test points were reportedly completed across a range of flight conditions to demonstrate carriage compatibility of AARGM-ER with the F/A-18 Super Hornet.

“Data collected from this testing will inform the planned build-up and overall expansion of flight testing with AARGM-ER.”

Testing will continue over the next few years in preparation for initial operational capability in fiscal year 2023, he said.

The extended range variant has been upgraded with a new rocket motor and warhead and is being integrated on the F/A-18E/F and EA-18G, and will also be compatible for integration on the F-35A/B/C.

Wild Weasels Live! Hairy mission – fly around trying to get shot at…

Yeah, i read a book some years ago of their operations over Vietnam. Those were brave guys!

Bit of a random question but i thought the best chance of finding out is here. What happened to the BAE Taranis i can barley find anything under 5 years old on it.

Glass Half Full
Reply to  Dalecn

If we see contributions from that program anywhere then its likely to be as part of the Tempest program.

I believe it was only a technology demonstrator. If anything had come of it it would have been with the French, who are now making their own stealth flying wing. This means Tempest and its loyal wingmen are likely to exhibit the knowledge gained from Taranis.

Does the UK currently lack an anti-radiation missile? Would it be worth acquiring/procuring one?

I believe they don’t currently have an ARGM. They are counting on American support for most high end SEAD missions. But they and most NATO countries have always relied on American SEAD aircraft like the Wild Weasel, EA-6B and now the Grower. Only the Aussies feel the need to acquire their own high end SEAD capability. The Germans do have a version of the Tornado that carries the HARM for SEAD but it has no where near the capabilities of the Growler.

Its a capability that i don’t really understand why we have not developed.

In the first gulf war the tornado’s had to be escorted by grower’s to ensure they were not shot down.

I can understand us relying on the US for specialist capability, but this feels like a pretty essential one, especially consider how much most non-NATO armies rely on SAM defenses rather than building strong air forces.

We had the Alarm missile which is comparable and had a trick up its sleeve. It was highly successful by all accounts and used by us in both Gulf wars from Tornados, then in Libya. Rather than renew the contract as part of a modernization program, we cancelled it – go figure? So as always with the UK armed forces, we have had a capability holiday. The Alarm was earmarked for integration on Typhoon, the process started, but the MoD cancelled it. The Saudis have been using the Alarm in Yemen, though I’m not sure on what these days. To… Read more »

SPEAR 3 is too slow. High subsonic. Our best candidate for a high speed ARM is a version of Meteor. You want to be doing about Mach 4 to stand any chance. Beauty of ALARM was that it loitered over the SAM system hanging from a parachute and as soon as the SAM system lit up, it fell vertically on it in an instant.

In 2001 there was a joint European group looking at the Alarm and HARM replacement. There was also discussion of using Meteor as the basis of an anti-radiation missile. The first iteration was with a dual seeker comprised of an IIR and a passive RF sensor linked to GPS as a reference. A lot of countries such as the UK were interested, but failed to stump any cash for development. The later iteration was to marry up the sensors used in the AARGM-ER, where the study was undertaken by Boeing in 2011, but again no Governments injected any cash. I… Read more »

Thanks for this. We have the active seeker from Brimstone should we care to use it as well. A dual role Meteor sounds like just the job, particularly with modern multi-spectrum sensors becoming more common

Would love our F-35 to have some of these. But we lost that CONOPS with the withdrawal of ALARM all those years ago. Shame