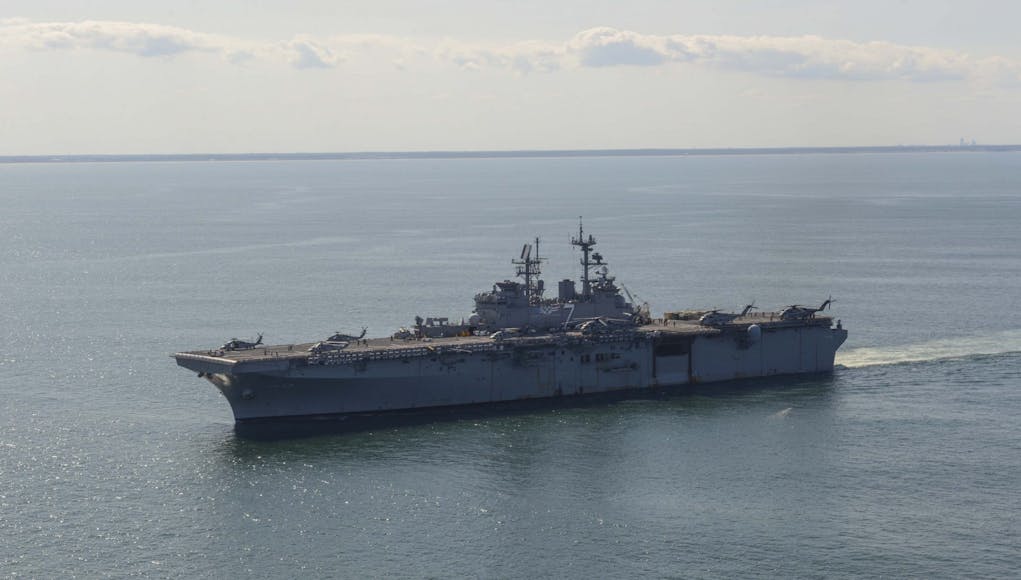 The two ships, assigned to Amphibious Squadron 4, will be joined by the guided-missile cruiser USS San Jacinto.

In a statement, the US Navy said:

These ships and their embarked units are capable of providing medical and logistic support, medium and heavy lift air support, and bring a diverse capability for assessing damage and providing crucial aid.”

This is the second time in the past year the American vessel Iwo Jima has conducted this type of mission; last October, Iwo Jima provided support following the aftermath of Hurricane Matthew in Haiti.

“Many of the crew had similar experiences last year during Hurricane Matthew.

We will apply lessons learned from our time in Haiti to this event in order to be safer and more efficient this time around.”

The Department of Defense in the US says it is ready to support FEMA, the lead federal agency, and partner nations as tasked, in helping those affected by Hurricane Irma to minimise suffering and is one component of the overall whole-of-government response effort.