The tests, in the Gulf of Mexico near Florida, proved the submarine’s ability to load, carry and vertically launch Tomahawk missiles from the new Block III Virginia Payload Tube. The upgraded tubes feature fewer parts and will be even more reliable.

In addition to the new payload tubes, the Navy is also developing a new Virginia Payload Module. The new modules will triple the number of Tomahawk missiles that Virginia-class submarines can carry, dramatically increasing each sub’s firepower.

“As the Navy continues to modernize its subs, Raytheon continues to modernize Tomahawk, keeping this one-of-a-kind weapon well ahead of the threat,” said Mike Jarrett, Raytheon Air Warfare Systems vice president. “Today’s Tomahawk is a far cry from its predecessors and tomorrow’s missile will feature even more capability, giving our sailors the edge they need for decades to come.”

The US Navy continues to upgrade the Tomahawk Block IV’s communications and navigation capabilities, while adding a multi-mode seeker so it can hit high-value moving targets at sea. These modernised Tomahawks are on track to deploy beginning in 2019 and will be in the U.S. Navy inventory beyond 2040.

Fired in combat more than 2,300 times, Tomahawk cruise missiles are used by US and British forces to defeat integrated air defence systems and conduct long-range precision strike missions against high-value targets. Surface ships and other classes of submarines can carry more than 100 Tomahawks when needed. 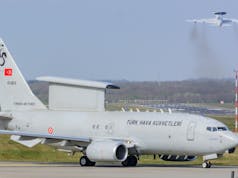 A naval version will also need to be made much faster.