A US Navy Los Angeles class attack submarine has visited Faslane in a routine stop-off.

The submarine, which is likely to be the USS Pittsburgh, arrived at Her Majesty’s Naval Base Clyde in Scotland, United Kingdom earlier this week.

The visit, common between the US and UK, has been described as routine. Only recently the USS New Mexico visited the base which is home to the United Kingdoms nuclear missile and hunter killer submarine fleets.

The Los Angeles class is a class of nuclear-powered fast attack submarines in service with the United States Navy and they represent two generations and close to half a century of the US Navy’s attack submarine fleet. As of 2017, 36 of the class are still in commission and 26 retired from service.

Thank goodness the Americans take NATO commitments seriously enough not to have cut defence capabilities back to the bare bones. I guess these subs are needed to plug the lack of SSNnumbers in the Royal navy. We should have a fleet of 12 SSNs tocover standing commitments and UK, Greenland, Iceland gap. Instead we have just 7. Really sad state of affairs. easily resolved though. Refit and keep in service all the remaining Trafalgar class until a follow on order for 3-4 more astutes are built. Need to up the tempo on astute programme and build follow on astute batch… Read more » 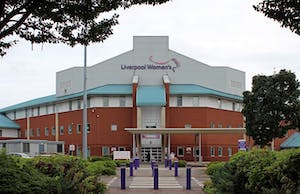