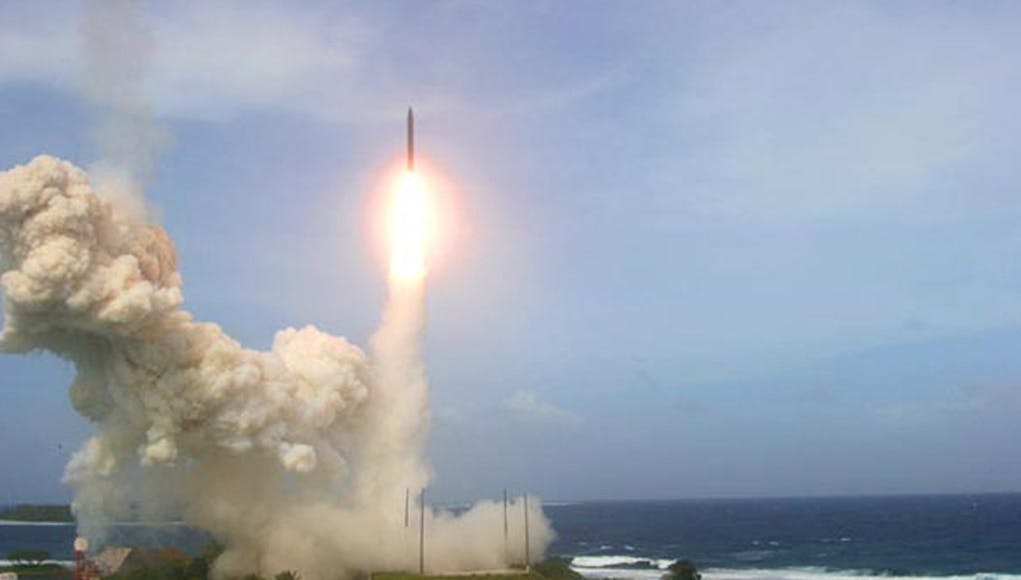 The Ground-based Midcourse Defense system has successfully intercepted a threat representative of an intercontinental ballistic missile, demonstrating the system’s ability to detect, engage and destroy targets.

The target was launched from Kwajalein Atoll in the central Pacific Ocean and the interceptor was launched from Vandenberg Air Force Base in California. Boeing has been the prime contractor for GMD since 2001 and works with an industry team to incorporate improvements. Northrop Grumman’s GMD fire control system and in-flight interceptor communications system provided target-track updates to the kill vehicle to ensure it had the most accurate data available prior to engagement.

“This successful test keeps the United States on track for a significant increase in interceptor inventory of 44 in 2017. In addition, the GMD program remains on track to evolve and modernise this crucial national defence asset in the face of an evolving threat environment, with system upgrades and future technology including the Boeing-led Redesigned Kill Vehicle.”

“Our fire control products demonstrated their reliability for engaging a threat and our launch equipment performed as planned in interfacing with a new interceptor design in this test.

This was a successful flight test of our systems and products as well as an opportunity for maturing future capabilities ahead of schedule and with more affordability.”

GMD is an integral element of the United States layered ballistic missile defense architecture, with interceptors at Vandenberg Air Force Base and Fort Greely, Alaska. The programme comprises command-and-control facilities, communications terminals and a 20,000-mile fiber-optic communications network that interfaces with ballistic missile defense radars and other sensors.

Why cant the uk have something like this system

It is the culmination of a 25 years and tens of billions of dollars.
So, no…. the UK would never go for that!

Not that the UK is under threat from North Korea anyway.

Did Islamic State shoot down a Russian airliner?