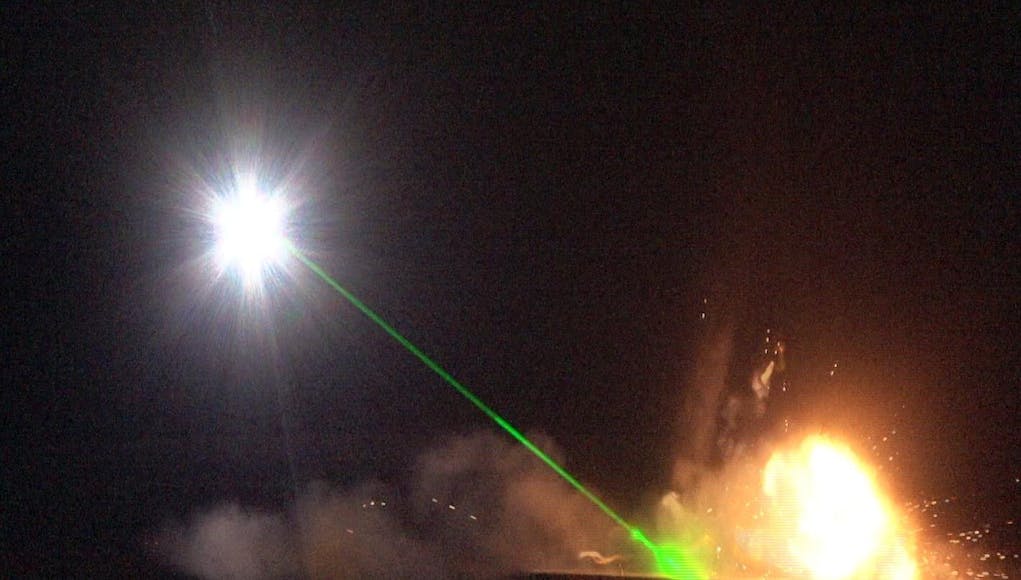 Directed energy weapons have been on the US Air Force’s horizon for decades, now these laser weapons are becoming a reality.

From a defence standpoint, directed energy weapons are a benefit and are currently being pursued as one of the key technologies among multiple services because they can make a major difference against anti-access and area-denial systems, according to Mr. Mark Gunzinger, Senior Fellow at the Center for Strategic and Budgetary Assessments in Washington, D.C.

The chemical lasers developed during the Airborne Laser program were designed to destroy ballistic missiles during their boost and ascent phases of flight when the laser’s energy can weaken the missile structure enough to cause it to fail under the stresses of flight.

“The problem is chemical lasers use chemicals as fuel to generate energy and that fuel is expendable, as well as being highly toxic. The size, weight, heating, cooling and electric power requirements for chemical lasers were so extensive that they required very large aircraft, such as the (Boeing) 747 or a C-130.

Operating these large, non-stealthy aircraft such as a 747 close to potential target areas that are defended by advanced surface-to-air systems is not terribly practical,

This would have required a fleet of 10 to 20 aircraft, costing $1.5 billion per airframe to produce. Additionally, tens of millions of dollars in maintenance and operational support would have been spent annually to keep these aircraft aloft.”

They are a huge force multiplier. What that means is that with directed energy weapons, one can be in the fight with greater persistence, lethality and survivability. Since around 2004 to 2005, Air Force leadership has voiced interest over the years in solid-state (electrically powered) laser weapon systems, as opposed to chemically-powered lasers.”

“When you release your (expendable) munition, it’s gone. With a directed-energy weapon, it stays on board, and you recharge and fire”, Fender added.

An experimentation campaign will develop after scientists and researchers complete the current-developmental phase.

“We’ll have near-term applications as you see technologies mature,” Fender said. “Then the commands will step up and say, ‘We’re ready for this capability’ while the longer-term applications are still under development. So I think there’s going to be a continuum of capabilities out of this experimentation campaign and I think that’s exactly the right approach.”

Love this quote “When you release your (expendable) munition, it’s gone. With a directed-energy weapon, it stays on board, and you recharge and fire”, Fender added.

Whilst there is some truth in that statement, it does beg the question of how they are intending to generate the energy to recharge the laser – airborne mini reactor perhaps.