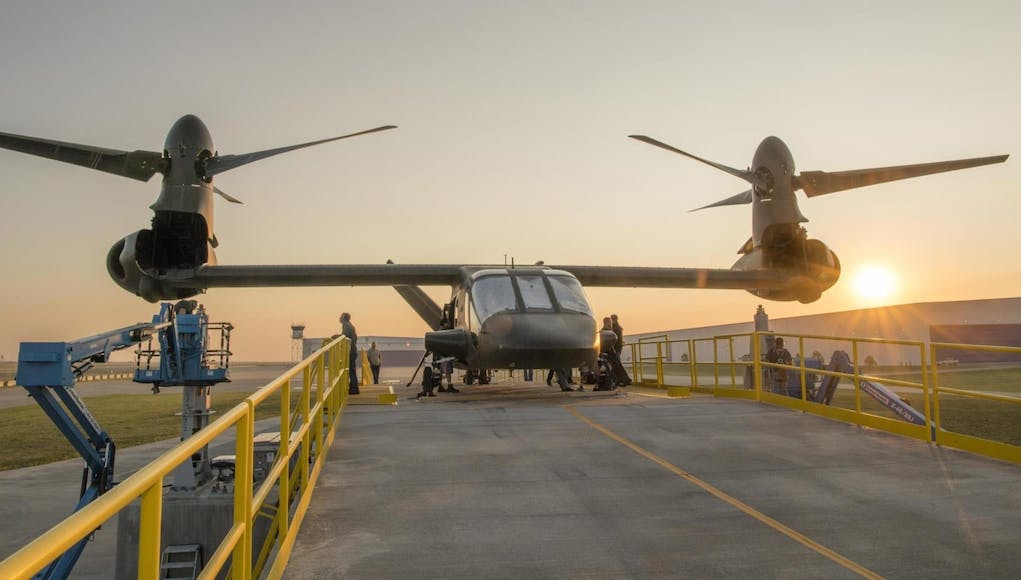 The Bell V-280 Valor has achieved 100% build completion and moved one step closer to its first flight.

The V-280 Valor was selected in August 2014 to advance, build and fly an aircraft within the JMR-TD program.

The V-280 has been designed to provide our military with the speed, range and operational productivity needed to complete any mission successfully and outmatch every opponent. Bell say new innovations incorporated in the V-280 include stationary nacelles, which increases the ease of aircraft maintenance and safety of the ingress and egress.

Bell say their newest tiltrotor offers fixed-wing high speed performance and low speed agility, giving soldiers and operators the option to select the best pace and maneuverability for their mission. 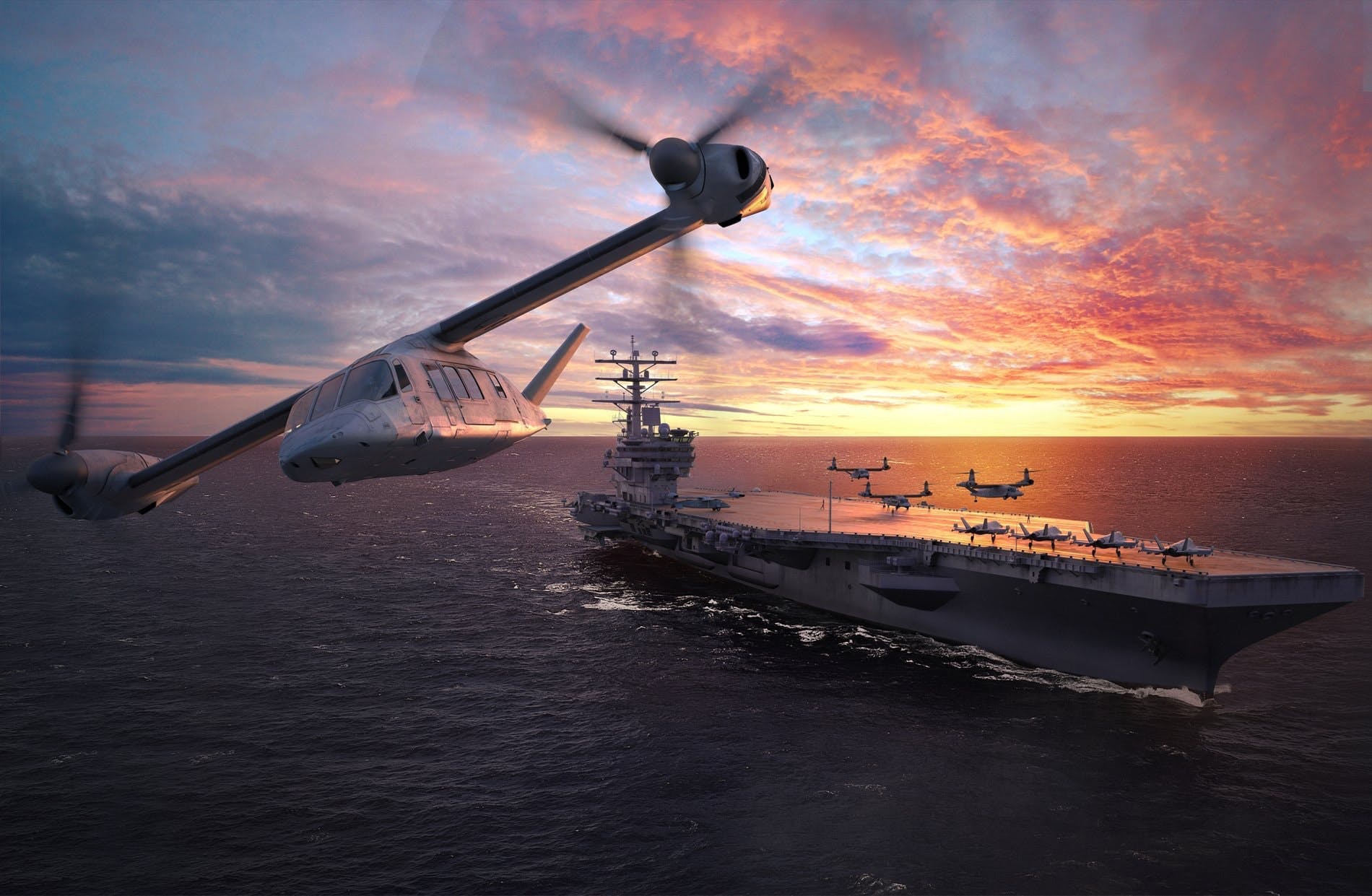 In August 2014, the US Army informed the Bell-Lockheed team that they had chosen the V-280 Valor to continue with the JMR demonstration program. The Boeing-Sikorsky team offering the SB-1 Defiant was also chosen.

Announcement of the selections was officially made on 3 October 2014, and the teams will begin building technology demonstration aircraft for test flights beginning in 2017. Bell unveiled a full-scale mock-up of the V-280 Valor on the floor at AUSA 2014 to showcase the configuration and design of the high-speed platform.

Bell is pitching these capabilities for movement over vast areas like the Pacific; the program director said the need for forward arming and refuelling points could be eliminated and that one FOB (forward operating base) in the middle of a country, such as Afghanistan, could cover the entire country.

Although Bell sold its share in the AW609 program in 2011, Bell continues to work on the AW609 and considers commercial potential for the V-280, as a military mass production of 2-4,000 aircraft could reduce unit cost to commercially acceptable levels. However in 2016, Bell preferred the 609 for commercial, and kept the V-280 for military customers only.

Bell also stated that conventional helicopters were not part of Bell’s military future.

I will watch development with interest, it certainly looks like a potential successor and natural evolutionary step on from the V22.

It’s actually much cheaper than the V-22. They simplified the design by a lot, as the V-22 is over engineered to an extent as it was a fairly experimental design. They’re aiming for $20 mil a pop (vs $70 mil for an Osprey), which isn’t much different from a modern Blackhawk.

I agree with your figures regards v22 and v280.

In many ways the V-22 turned into test bed. Even with the lower numbers than originally intended it ended up having upwards of 12 different production variants. That was due to trial and error, lessons from accidents and just design improvements during it’s long drawn out build period. All of which had to be paid for by increased unit cost on top of an already high R&D budget. The upside is the V-80 appears to be developing on time and with a much lower cost. This is because it’s tech has already been developed and extensive use of carbon fiber.… Read more »

Get a small group of these for the RN

Potential Crowsnest replacement? Looks to be about the right size, but difficult to tell from the detail given above.

As strong as the V280 looks, I feel the US will go with the Boeing-Sikorsky term and their program for the FVL
https://www.youtube.com/watch?v=q1KG4v36PQ8

I see GKN (V Tails and Control Surfaces) and Meggitt (Safety Fuel Tank and fuel systems) are part of this project. Brits quietly winning business from the US Military.