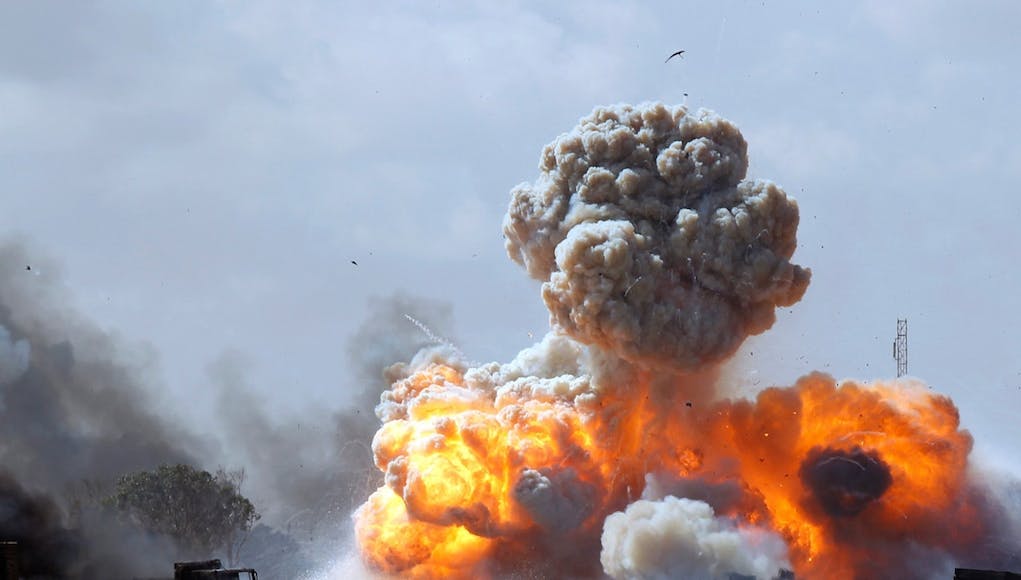 On Monday 6 July 2015, a Reaper tracked an ISIL armoured personnel carrier which was used in combat against Iraqi troops. Although the terrorists attempted to conceal their vehicle in a palm grove, this proved no defence against the Reaper, armed with Hellfire missiles. The Reaper subsequently destroyed an armoured pick-up truck, which had been converted to a large car bomb and positioned to hamper Iraqi movements.

brilliant…the more you wipe out these scum the better the world will be….

Vlad…So what? Mission accomplished as far as we are concerned without the need for a large diameter bomb.
Also would like to see Russia invest in drones.

Someone can be seen walking away from the palm tree shortly before the end of the clip. Presumably that was the driver. It’s a shame the drone operator couldn’t have got the missile off 10 seconds earlier and got him as well. One less murderous psychopath out there could only have been a good thing. 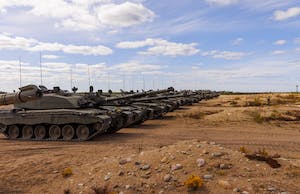 May 17, 2022
British tanks and their crews are currently taking part in Exercise Arrow in Finland.