More recently it has been noted that the Royal Air Force has been making C-17 flights from Brize Norton to Libya. With C-17s landing at air bases near Tripoli within GNA-controlled territory.

This article was submitted to the UK Defence Journal by Jordan Stafford who many of you know as Intel Sky & Air on Twitter. Jordan is a keen aviation enthusiast who works in the financial sector. Jordan also has a keen interest in open source intelligence following global conflicts as they happen & tracking military aviation & naval vessels across the world. You can find him on twitter here, we fully recommend you go and follow him. You will absolutely not regret it.

The earliest of these flights that can be found took place on January 20th. & the most recent at the time of the article was on May 29th. A commonality amongst all of these flights is that they are all in & out of Libya within a few hours & have all taken place during the night.

While it isn’t possible to tell the exact nature of the flight as the Ministry of Defence was contacted about the nature of flights. The MoD has responded & said, “However, releasing information regarding this flight, including its purpose, would likely prejudice the capability, effectiveness or security of any relevant forces, and would reveal information that would likely harm relations between the UK and another state.”

However, recent British involvement in Libya has been noticeable in the past few days. Some of which could be a clue to why the recent C-17 flights since the start of the year have been taking place.

On June 14th it was revealed through photos that the UK Defence Attache to Libya & the UK ambassador to Libya met with high ranking military officials in Tripoli. 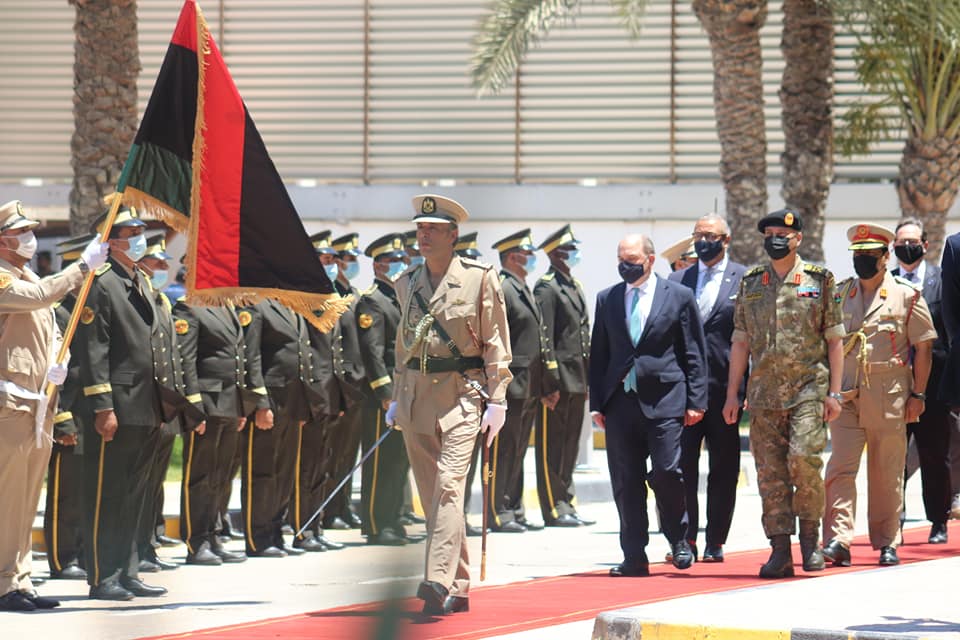 Since the meetings took place no additional C-17 flights have been observed landing in Libya & at this current moment no further word from the Ministry of Defence on the matter.

It seems unlikely that there will be any official word from the Government any time soon regarding the direct nature of the C-17 flights.

Are “we” (including US/Italy/France) on one side of this fight and Turkey and Russia on the other side? Feel sorry for Libyan people if that is the case.

Seems very strange, does anyone know why France would take a different view from the US and UK?
How did we end up in same side as Turkey, if it differs from Saudi,UAE etc?
Why does Turkey even care?
Why do we even care so long as one provides a stable government.

Most likely supporting a contingent of UKSF in the country.

Yes, that was my thought… well “British Army trainers”, as they are usually called by HMG. But that is a lot of kit for a small contingent of special forces. The UK may also be providing weapons for the GNA side. Problem with all this is that backing any side may well be a losing strategy. Hope FCO / MOD know what they are doing… err!

Going by the statement it would seem that way, either by dropping supplies or rotating troops on the ground, who knows!

This reminds me of the “E” Squadron debacle.

Not a great event to remember mate, although technicaly it did achieve the aim of setting up meetings with the NTC, but not quite the covert and non publicised way SIS/MI6 would want. The ongoing flights, possibility of hush hush equipment gift is credible or a little bit of quick equipment pre-positioning going on?

Isn’t the C17 also used for medevac flights?
In and out as the article says. TMW people maybe.

Fun to speculate as always, but perhaps the visits of the DSec are a clue.

Interesting background here.
https://rusi.org/commentary/russias-strategy-libya
It seems there are between 1400 and 2000 Russian ‘private military contractors’
supporting the LNA forces against the Government of National Unity forces in Tripoli.

Most were forced out of western Libya and around Tripoli after the Turkish naval and drone intervention. They remain now largely in eastern Libya.

Wagner group, most still serving, all very recent “discharged”, but a group of nasty typical Russian SF attitude about them….and not that good TBH.

The UK supports the Libyan UN recognised government backed up by Turkey , which prevented General Haftar invasion of Tripoli who was supported by France Russia UAE Egypt politically and militarily. He committed war crimes there.

Turkey saved the Libya UN backed government after it intervened and now operates the only base in western Libya which likely the British C17 jets landed in. Turkey and the UK cooperate on reducing Russian Influence in the Caucasus, Balkans Mediterranean, North Africa, Middle East, whereas France has warm relations with Russia this days

It is certainly a weird mix of who is supporting who on this one.

What a mess. I must admit I’m confused by this sides lark.
Fertile ground for “Grey Zone” we keep hearing about.

Too true. If you read into Haftar’s history with the US, and the current UN-reocgnised government’s composition of rather hardline Islamissts, it gets even more messy. We’re best keeping an arms-length involvement.

I’ve been following this for a while. Please allow me to shine a little light on the matter. 2014 Libya held elections and the Islamists on hearing they lost, carried out a coup and took control of the western half of the country including Tripoli. The House of Representatives where they aligned themselves with the Libyan National Army,(LNA) they then (backed by Egypt and the UAE) went on the offensive to take back the country. Meanwhile the UN in 2015 decided to recognise the Islamists who took power down the barrel of a gun as the real rulers of Libya… Read more »

By all means farouk, thanks for posting this. Will be rereading several times as still confused. Not an area I have been following.

Danielle, Besides reading the Libyan media. I also use libya live maps https://libya.liveuamap.com A most interesting website which records the ins and outs of what is happening in the country. The Map (if zoomed out) shows the lay of the land:Blueish for the Turkish backed GNA and Red for the Egyptian/UAE backed LNA. Yes the LNA has Russian support, but they have been in theater for a large number of years servicing the Russian/Soviet equipment in use. Also interesting is whilst everybody lords over the supremacy of the Turkish UAVs , Libya, whilst they did tip the balance the Turks… Read more » 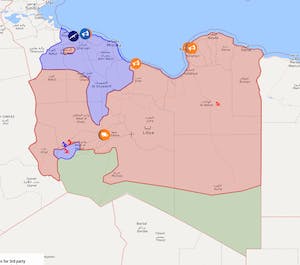 You know your stuff on this mate. I was not aware of that either.

Not a moan as I’m used to it, its just one L in my name mate.
Plain old Dan is easier!

Apologies Daniele,
I actually have a friend whose daughter is called Danielle and so fully know the difference and so I usually cut and past your name into the post so as not to make a mistake. Haven’t a scooby what went wrong above, But as you have stated I can refer to you as ‘Dan’ I can’t see myself making the same mistake again.
Once again apologies.

No worries mate. I was not moaning, just an observation, so don’t apologise.

The number of letters I have had delivered over the years to “Miss” is ridiculous! Seems people really do not get the difference.

So there was a meeting involving a UKs people on the ground, so guessing its the hosts having a party. more to the point WHO CARES. its a plane RAF move stuff around the globe, and a pant wetter gets excited, and comes up with an INVASION. too much twitter makes you a TWAT 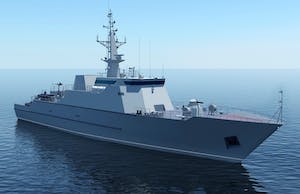