Home News Why is a Romanian number-plate on a Syrian tank? 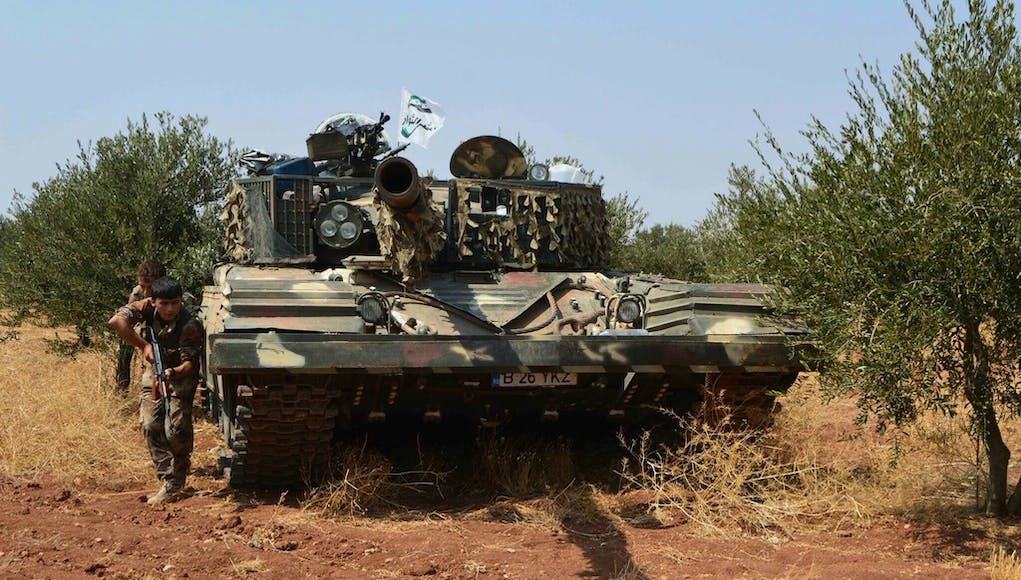 The Syrian Democratic Forces are an alliance of Kurdish, Arab, Assyrian, Armenian, Turkmen and Circassian militias in the Syrian Civil War. Founded in October 2015, the SDF fights to create a secular, democratic and federal Syria.

Prime opponents of the SDF are the Islamic State and other elements of the Syrian rebellion who cooperate with Army of Conquest, Fatah Halab and other Salafist and Islamist groups and coalitions.

The SDF has focused primarily on IS, successfully driving them from important strategic areas, such as Al-Hawl, Shaddadi, Tishrin Dam and Manbij.

The T-72 is a Soviet designed second-generation main battle tank that entered production in the early 70’s.

The T-72 was widely exported and saw service in 40 countries and in numerous conflicts. Improved variants are still being built for export customers.

Photos from liberation of Um Hosh and Um Qarra by Efrîn SDF today after clashes with ISIS terrorists. pic.twitter.com/OTrx9Xwpcr

It is understood that the plate is civilian plate and Bucharest registered.

There is a very good chance this is a joke.

The tank seems to be an older T-72 model with various add-ons. Romania has none in active service, but does have some in storage.

If Romania were to export tanks to Syria, they wouldn’t leave such obvious markings.

Who knows? Maybe someone took the plate from a Davis and stuck it on a tank for a joke?

That’s it for this minor mystery.

C’mon, if you did some basic research you would know that it isnt a T-72 but the Dacia !

Romanian military vehicles have different license plates, army ones, beginning with an A, followed by a number.

Romanian military veh have plates beggining with A followed by 3 or 4 or 5 numbers. Tanks however do not have plates because usually there are not allowed on roads. Kfor Sfor Us Army and Romanian army have transported heavy vehicles on romanian roads using specialised tank carriers.
That is a civilian plate issued in Bucharest . God knows how that got there, but there are many sirians living in Romania and many mixed marriages