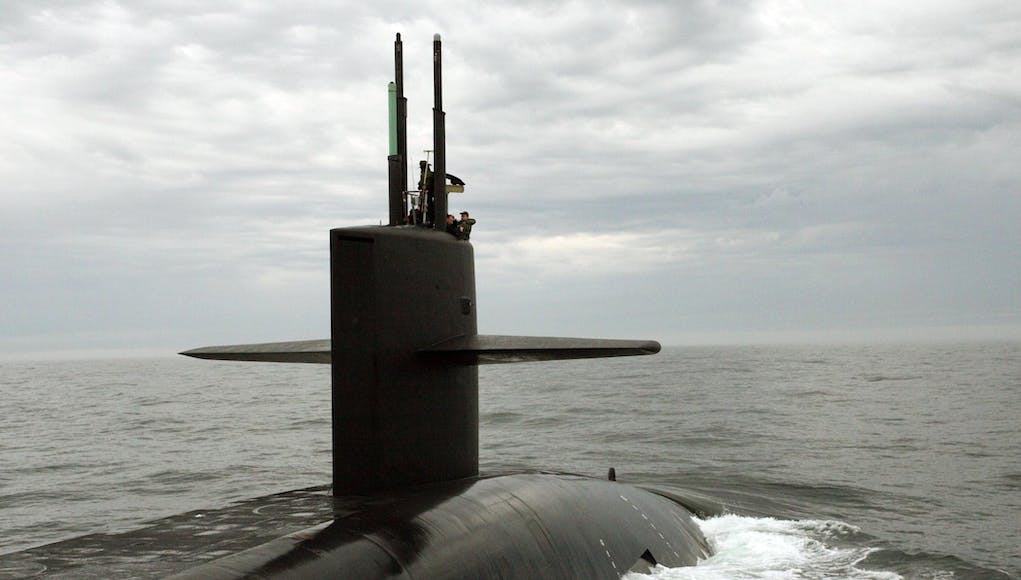 Each year, Forecast International publishes its analysis of projected submarine construction for the next decade. For the last eight years, the trend in terms of numbers of submarines projected and their total value has been steadily upward.

The scale of the successive increases of submarine construction in each forecast is not startling, but the cumulative effect has been a substantial increase in the size of the submarine market sector and the projected scale of the world submarine fleet.

This slow, steady increase in the planned submarine construction rate combined with the average hull life of a submarine suggests that the current production plans will sustain a fleet of roughly 235 SSKs, 114 SSNs, and 44 SSBNs, for a total of 393 submarines.

This is still less than the current worldwide fleet of around 430 hulls, but the differential has shrunk steadily over the last decade. At the turn of the millennium, the number of submarines planned was barely sufficient to support a force of 300 submarines, implying that the world operational submarine fleet was likely to contract sharply.

This duly took place, with the world submarine fleet declining from the 800 submarines in service during the late 1980s to the current level of 430. This drop wasn’t quite as dramatic as it seemed; an existing decline in the worldwide fleet of submarines had long been masked by navies retaining old submarines in the inventory long after their operational life had ended.

Some submarines still listed as “operational” were little more than training vessels or battery-charging hulks. These old and worn-out submarines were the first to be scrapped when money became tight. It appears that the last survivors of the Chinese Project 035 Ming class now fall into this category.

The current worldwide submarine fleet now appears roughly in balance with current operational requirements, and it appears as if production and inventories are quickly coming into balance too. A calculated force assessment would suggest that Russia intends to keep a fleet of around 10 SSBNs, with the US likely to maintain a fleet of around 14 and the UK and France adding a further four each.

It appears that China is aiming at a fleet of five SSBNs, although the nation will not likely achieve this within the forecast period. India has announced an intention to build six SSBNs of the Arihant class.

This brings the total number of SSBNs to 43, a number that is beginning to near the levels projected by current production numbers. There is still a deficit, though, leading us to expect a further uptick in the construction rate of SSBNs that will be accommodated by the SSBN(R) and SSBN(X) programs.

In the case of the projected SSN fleet, it is likely that the force level for the U.S. will now stabilize at around 50, leaving a total of 43 SSNs worldwide, of which 12 will be Russian and 14 British and French. The total of 17 for the Brazilian, Indian, and Chinese navies (the existing Chinese fleet of five Project 91s is being decommissioned as the Project 093s enter service) does not seem implausible given the financial and technical problems facing those navies.

The SSK market has also continued to expand as more nations realize the cost-effective nature of a submarine fleet. In addition to the German and French teams, China and Japan are now making a serious push toward establishing a presence in the SSK market. The Japanese may well establish a new position in the market by selling diesel-electric submarines to Australia.

This is indeed the preferred Australian position, since the Japanese Soryu class reflects many of the operational demands specified by the Australians. China’s new submarines are significantly more advanced than the older designs. Recently, China has succeeded in gaining a major export order from Pakistan for its Project 041 diesel-electric submarine.

I like the complimentary SSK idea, but I’d rather have enough SSNs first and we don’t.

SSKs work perfectly for UK as island nation or as escort. They don’t need to hide for too long.

Anyway, not enough money for any new subs until we get a change of leadership in both parties.

Exactly what I was going to say Paul, we should design and build some diesel electric submarines to add to our fleet and also export.

Except in the UK where we can’t get our political act together.

India has everything, we do not. Ambition, a plan,financial clout, they even have a political regime with real aspirations.and are not at the daily mercy of cretins and people with the strategegical knowledge of fruit bats.

That seems to be slowly changing. We now have a defence secretary who’s fighting for more cash, senior members of the forces are vocally saying more money is needed, and an increasing number of back benchers are forcing the issue on the defence budget.

We just need the government to remember what made Britain the global power during the 19th century: free trade and the Royal Navy.

India has a habit of buying expensive military equipment then doesn’t build or invest in the infrastructure and training to maintain complex systems.

India has also a habbit of major naval accidents

India has a habit of taking £billions of Britain’s hard earned money in “foreign aid”.

Australia has already chosen the French Shortfin Barracuda SSK, not the the Japanese Soryu.

Our political dim wits have no idea for anything outside their own survival.

Our politicians are scum. They work against our country and people (against our industry, against our armed forces, anti white propaganda in the media, immigration until we are outnumbered in our own country (our European country is already around 25% non white and they are STILL letting more in. Can anyone imagine China, Korea, Thailand, India, Pakistan, Japan, etc. doing this?), etc., etc.).
We cannot go along with this any longer. This is NOT how we want our country run, everyone start saying so openly.

How can we trust the information in this article, or any others – Given that:
DCNS was chosen by the Australian Government on 26 April 2016, repeat 2016, to build 12 of the Shortfin Barracuda Block 1A variant at a projected A$50 billion.

Agree with all the comments above the UK is lacking in political leadership and has been since Blair left office. Not that I liked Blair, he was a liar but he was a respected and recognised statesman. Now we have zero leadership the Tory party is full of in fighting and labour are led by a hippy.
Not a great set up.
Until we have some fresh leadership in parliament that recognises the vital importance of our armed forces the current situation will not improve.

I’m stopping reading the comments sections, you all have so much vitorol for hmg, really annoying that every story nowadays has the same usual lot bashing eveything and everything about gov, defence, europe etc. Change the record for petes sake.