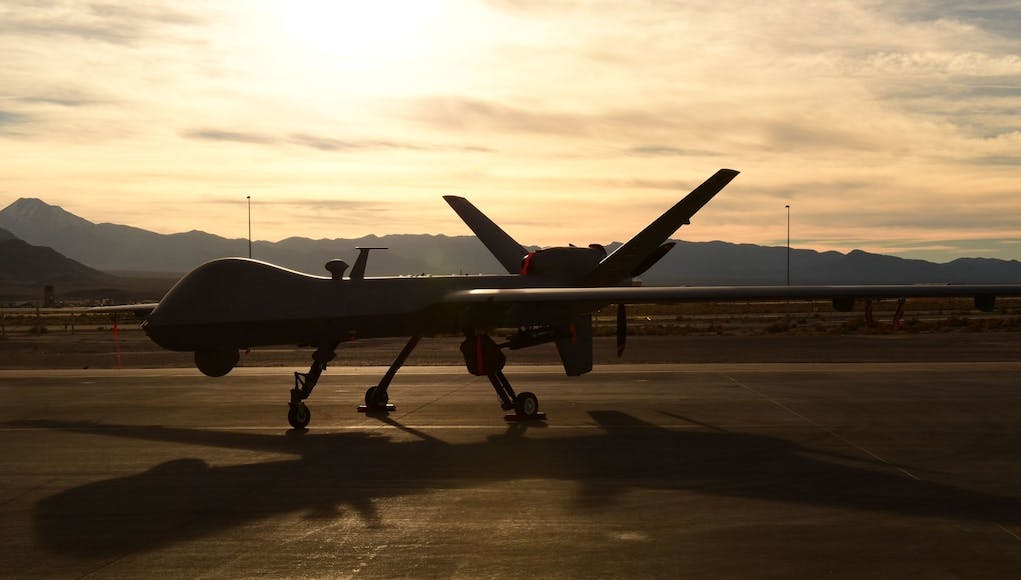 Unmanned Aerial Vehicles will be the most dynamic growth sector of the world aerospace industry this decade, more than tripling in the next decade, report Teal analysts in their latest market analysis.

Worldwide military adoption of UAVs and soaring demand for the next generation of unmanned combat aerial vehicles (UCAVs) are driving the market’s rapid growth.

Teal Group’s 2017 market study estimates that UAV production will increase from current worldwide UAV production of $4.2 billion annually in 2017 to $10.3 billion in 2026, totaling $80.5 billion in the next ten years. Military UAV research spending would add another $26 billion over the decade.

“The UAV market continues to soar,” said Philip Finnegan, Teal Group’s director of corporate analysis and an author of the study. “Increasing trade in costly high-altitude, long-endurance systems, demand for armed UAVs, the development of the next generation of unmanned combat systems, and potential new applications such as missile defense continue to drive the market.”

“The Teal Group study predicts that the US will account for 57% of total military worldwide RDT&E spending on UAV technology over the next decade, and about 31% of the military procurement,” said Teal Group senior analyst Steve Zaloga, another author of the study. The larger, higher value systems procured by the United States help drive the relative strength of the US market over the decade, but other areas such as Asia-Pacific are growing more rapidly.

The study also includes a UAV Manufacturers Market Overview that reflects the worldwide UAV market “again continuing as one of the prime areas of growth for defense and aerospace companies,” said Finnegan. “They continue to build up their position by organic growth, acquisitions and teaming.”

The study reflects the rapid growth of interest in the UAV business by covering almost 60 US, European, Asia-Pacific, and Israeli companies, and reveals the fundamental reshaping of the industrial environment as UAV technology proliferates worldwide.

We need to invest heavily in this so that Britain is a world leader in building U.A.V.s

Britain has been….. and it doesn’t seem to be going far.

What happened to Taranis? That was a technology demonstrator but I didn’t hear anything on it after it’s first flight.

We have gone into partnership with France and their Neuron demonstrator.

From what I hear the French are calling the shots and we will end up with something far worse than we had on our own.

time to go with F35 and Taranis and get rid of the French – they Never keep to their side of the bargain anyway.

I think Taranis has the potential to be a world beater – and what do we go and do. – pair up with the French….. beggars belief really