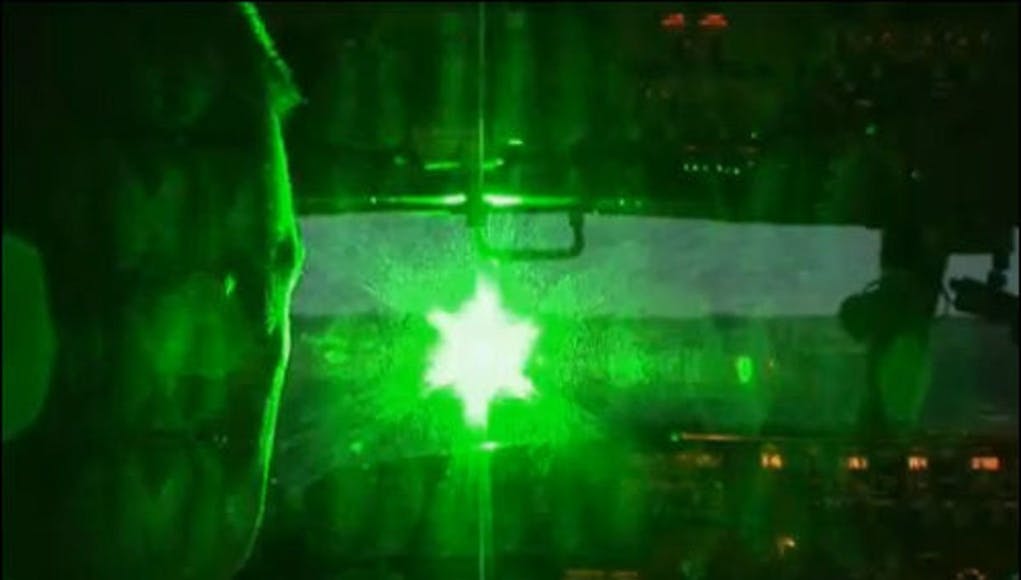 Under certain conditions, laser light directed at aircraft can be a hazard. The most likely scenario is when a bright visible laser light causes distraction or temporary flash blindness to a pilot, during a critical phase of flight such as landing or takeoff.

Last year, a Virgin Atlantic flight from Heathrow to New York JFK Airport was forced to turn back when a laser beam was shone into the cockpit. The incident led BALPA to call for lasers to be classified as offensive weapons.

“To ask the Secretary of State for Defence, how many reported incidents of lasers attacks on military aircraft operating in UK airspace have been recorded by his Department in each of the last five years.”

Mark Lancaster, Minister of State at the Ministry of Defence, said:

“The number of laser related Defence Air Safety Occurrence Reports received involving UK military aircraft operating in UK airspace for each of the last five years is given below.” 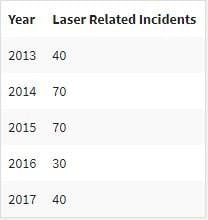 Under current legislation, someone found guilty of shining a laser pen at an aircraft faces a maximum fine of just £2,500. The Laser Misuse (Vehicles) Bill – which makes it a specific offence to shine a laser into the eyes of a driver or pilot – is still to be passed.

It should be attempted murder/manslaughter.

dear mr. putin, it has come to our attention that unlawful use of laser technology is being used therefore it has been decided to impose a fine of£85 and three penalty points to your licence your check, made out to mr.d.trump ,should be sent forthwith. thanking you in advance your ever long comrade j. corbyn m.p.

Not sure how you managed to shoe-horn Corbyn into this.

Seems to be a global problem. You can see the same thing happening with civilian drones flying around jeopardising aircraft and breaching people’s privacy. The obvious thing to do is to heavily regulate these technologies and control who uses them and how they’re used, but you just know that will never happen until there’s a significant tragedy.

Bill is I believe now just awaiting Royal Assent. Up to five years in jail and the cap of 2,500 fine removed.