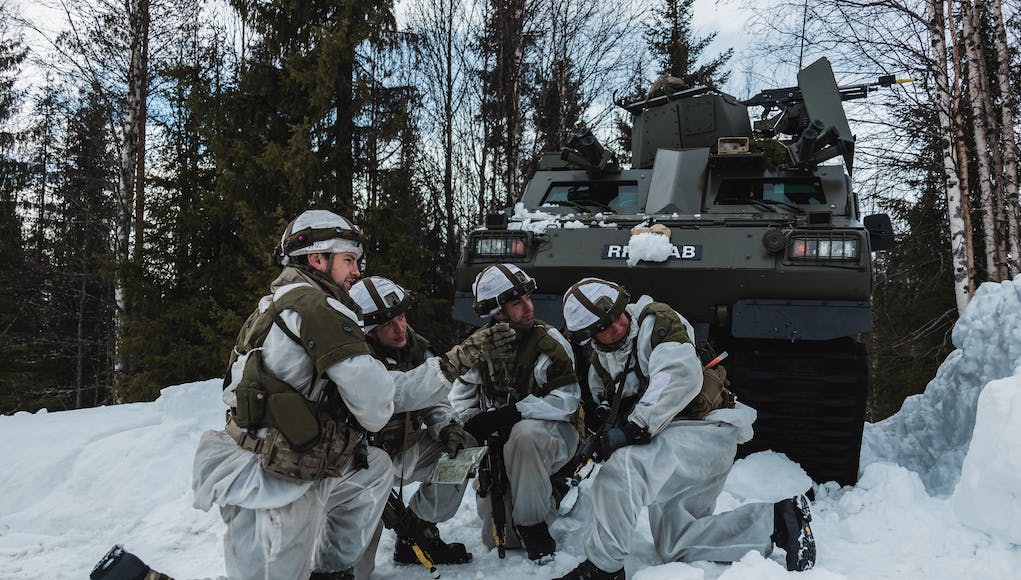 40 Commando took part in the Swedish Army’s force-on-force exercise – Ex NORTHERN WIND – in the sub-Arctic, say the Ministry of Defence.

It comes as the Swedish Army aims to increase their ability to face an attack on northern Sweden. As the UK’s cold weather experts, the Royal Marines were best suited deploy and operate with their Scandinavian counterparts.

According to a statement from the Swedish Ministry of Defence, the aim of Northern Wind is to develop Sweden’s national defence, and the exercise is expected to enhance Sweden’s capability to conduct combat operations at brigade level with units from other nations.

“Because the Exercise is being conducted in northern Sweden in a winter climate, it will provide participating units with favourable conditions to enhance their winter warfare capabilities. During Northern Wind, 192 Mechanized Battalion from the Norrbotten Regiment will conduct refresher training. The Battalion, with its 800 soldiers and officers, is the largest Swedish contribution to the exercise.

Most of the participants come from our priority partner nations: Finland, Norway, the USA and the UK. For this reason, the exercise will further develop our ability to give support to and receive support from other nations, Host Nation Support.”

A total of 10,000 personnel is participating in the exercise. Of these, approximately 7,000 comes from: Finland, Norway, USA and Great Britain. 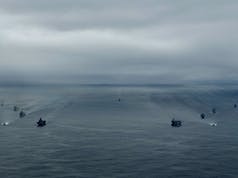 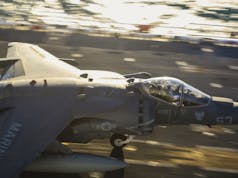 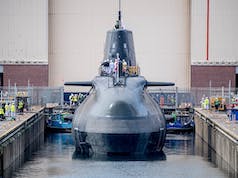 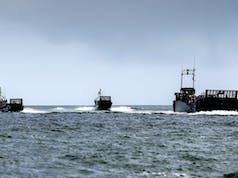 The British army just lost what respect it had with a lot of people with that video of the Para Regiment shooting at posters of Labour leader Jeremy Corbyn in Afghanistan. There was also the incident in 2015 of a serving General anonymously threatening a revolt if Jeremy Corbyn and Labour if he came to power and reduced the strength of the armed forces (forgetting that the Tories are actually doing this now in power), decommissioning Trident or taking certain foreign policy policies. The above clearly shows that elements in the British army have far right sympathies and do not… Read more »

You talk utter bollocks. It was four men having a laugh with wax pellet guns, taking the piss out of a character who is a joke in most peoples eyes. If you asked these lads what their pomitics are, they would be anything but.. ‘Far right’. You obviously have your own agenda and suggesting that they appoint.. Political officers to ensure loyalty to the established political order….. Wow, Seriously..!!! If that’s not politicising the Army I don’t know what is. Your comments are ill thought out, ill considered, and extremely political in their intent. Before you write again, think through… Read more »

I know perfectly well what a democracy looks like and the behaviour of elements of the armed forces during this time of tension look like the first steps along such a path.

My suggestions for embedding political officers and purging officers are the next inevitable steps in enacting such a historical tragedy. I hope it doesn’t happen and the army takes steps to ensure that far right elements are supressed both amongst the men and the officer corps.

If Corbyn is elected, then his mandate needs to be respected. End of story.

Tony, iqbal is a moronic troll who likes to try to talk educated, but is actually here to try to wind people up. I always say ignore him, but alas, he is such a chopper I feel it is my public duty to remind him of thus, and in doing so ignore my own advice lol.

Airborne, you wouldn’t take such a blasè attitude if it were posters of Maybot or der fúhrer wannabe Rees-Mogg these soldiers were shooting at.

The army keeps making Pro Tory positions eg. 2015 Generals statement, General Richard Dannett controversially joining the Tories while still advising the Labour govt and this shooting posters incident) So the institution of the army can’t credibility just go back to pretending to be neutral.

Yaaaàaawn sorry son didn’t realise you were making an effort to communicate, so what did you say?

Bore off you simpleton troll, your drooling nonsense is on occasion, something to laugh at, on others you are just repetitive and boring, with a zero amount of subject matter knowledge.

If you’ve never been in the Military or a Military family I dont think you understand what lengths you have to go to let off steam sometimes, it was a few guys having a laugh. The media i’m sure along with the very liberal lefties will want them hung out to dry when a docking of pay and unit reprimand would serve the same purpose and suitably embarrass the men involved enough that it never happens again.

May 15, 2021
The Royal Navy is taking part in a massive missile test off the Scottish coast.