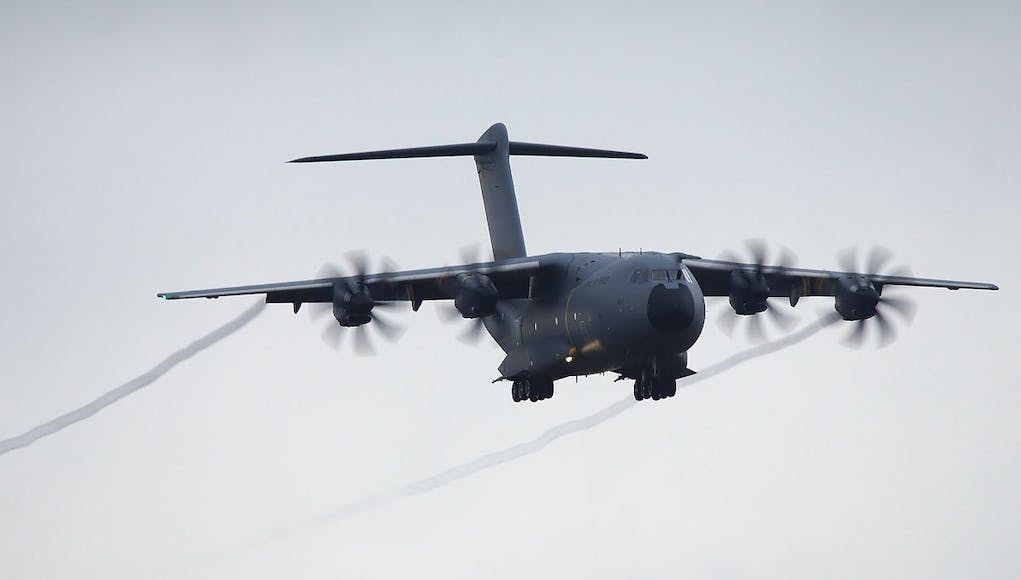 70 Squadron is marking a new beginning after being disbanded in 2010 by becoming the RAF’s first squadron to operate the A400M Atlas.

The Princess Royal, honorary air commander at RAF Brize Norton, visited the base today to mark the official re-formation 70 Squadron.

“This is a significant milestone as the unit re-forms as the first dedicated front line squadron to operate Atlas A400M. The squadron has the honour of being RAF’s first frontline unit to operate Atlas. When it stepped down in 2010 the sadness was tempered with the knowledge that it would one day rise again as the first Atlas squadron.

Congratulations. You can be justifiably proud. You have a bright and busy future to look forward to. I know you will serve in your usual exemplary manner.”

“We have been working very closely with other squadrons and the Airbus Defence and Space to bring the A400M into service.

We are also trying to create a frontline squadron that will operate overnight. The ceremony represented a formal re-formation, the squadron coming back into being.”

The UK is one of the first countries to operate the aircraft and will receive a total of 22 aircraft. They have a cargo capacity of 32 tonnes and are capable of carrying passengers, heavy vehicles, helicopters or cargo pallets to support military tasks and humanitarian relief efforts.