The USS Iwo Jima ‘Amphibious Ready Group’ and the 24th Marine Expeditionary Unit are currently off the coast of Scotland.

The American assault ship and her Amphibious Ready Group will take part in exercises in the region.

The vessel was near RAF Lossiemouth this morning. 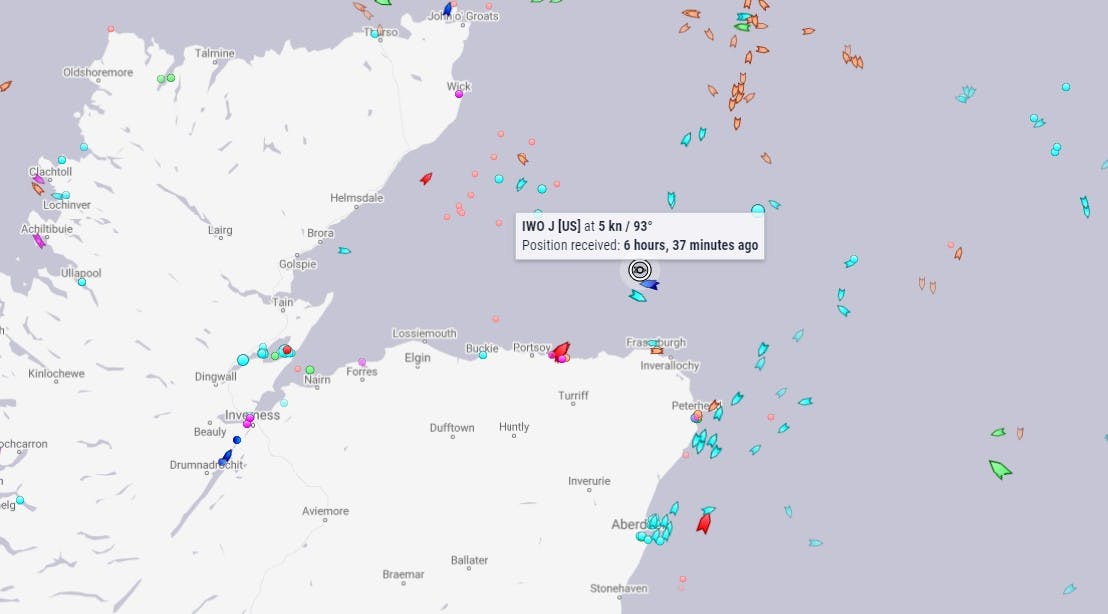 For more about the upcoming exercises in the area, visit the link below.

According to the U.S. Naval Institute, the Iwo Jima ARG consists of the following:

We have contacted the U.S. Navy for comment on whether or not the assault ship will be taking part in Exercise Strike Warrior/Joint Warrior.

A spokesperson told me:

“Iwo Jima is not taking part in Strike Warrior/ Joint Warrior. As you may know, USS The Sullivans is attached to the QE CSG and will be participating in all the CSG activities here in Europe.”

Should have had Cat’s and Trap’s.

﻿😀﻿ I am sure this was said in jest. Ignoring power supply issues and space under the decks, could you actually fit it into that small a space? No options to angle the deck so single runway.

Very good, I see what you did there…

Nothing on that flight deck needs a cat or trap, even the half-dozen fixed-wing AV-8Bs I count.

Are those AV8B’s that I see on deck?

Yes…they still have a role with the USMC. I did float the idea of our “reclaiming” some of ours years ago but too late now probably.

The trouble was BAEs removed all extended flight hours on the Harrier airframes. over funding for MRA 4, its why the Americans could use every part but not put a full airframe into service. only harriers with low hours a few Shar2s And 1 T still have hours. governments don’t ground a type.

I think the problem was more the certification regime post Haddon Cave?

If you won’t sign off X then we cannot sign off Y as we are taking the risk for getting toasted if something goes wrong.

So refusing to sign off an accept MRA4’s safety case then meant that the same actions and processes were mirrored over for Harrier…..but I may have got that wrong.

Seems like. However, does that mean that in future these platforms will have to be deck treated for F35s?

David, in short yes it would need deck treatment to operate F35Bs. Think the new America’s class will all be commissioned F35 ready.

Most Wasp class LHDs already fly F-35s. Certainly USS Wasp and Essex have been flying them for ages, Malkin Island has flown them and Boxer was scheduled for the upgrade last year.

The USS Essex with VMFA-211(Wake Island Avengers), the same F-35B squadron that will sail with the QE Task Force, flew combat missions in Syria in 2019.

as far as i am aware already operate from class, had to reinforce the radome on the port side as it go downwashed

Sorry you have lost me there!

Time for a bit of regime change in Scotland.

So this NATO Ex now has the UKCSG, a USARG & NATO standing groups 1 & 2. Probably UK, US, Dutch & Norwegian subs too. Fast air from the RAF, USAF & others.

I fear for Cape Wrath which is about to go BANG!

I have seen comments that there is an Australian frigate involved but no confirmation of that.

Later on in the SCS by all accounts.

The Iwo Jima ARG was off Cornwall 2 weeks ago. The Marines were training on Dartmoor and were ferried daily by the MV22s and CH53s,magnificent shame we didn`t get a Harrier ( sorry AV 8B display) too.

Yes, Okey camp was the objective I believe, they were landing 3 Ospreys at a time in the fields nearby. The weather was fantastic so it must have made a great impression on the Leathernecks.

FAB. Remember doing Pl / Coy attacks up on Yes Tor again and again. They were the days!

Here`s a pair about to take off, the leadship has already left. 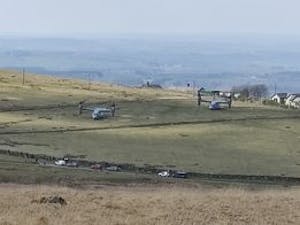 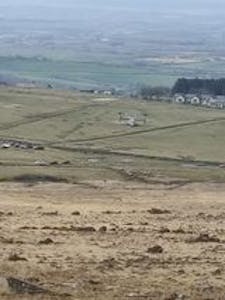 Cheers Steve, thanks. All looks pretty much the same as in c1985. What a great place to live.

I remember it when the sun wasn’t shining too! We stopped and had a mass compo BBQ in the clouds. I recommend the sausages but not the bacon grill.

Ahh ! Tinned bacon grill, that’s a memory, I liked it 😁

Even better under a Tarp with a nice bit of rain.

Go there still with our “Group”. 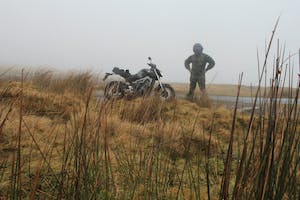 You seem to be alone, had you fallen out with your mates? 😁

Well kind of mate, This was one of those little Hunts where they were technically terminated !!!!

I see, a sort of live ammo paintball thing ! Or did the bacon grill do for them ?

It’s normally the hangover that does it !

Some more images can be seen in this link.

Can we have an Amphibious exercise in the Falklands, will actually do the Argies some good, they are having a terrible time with COVID and the economy, a big exercise down there would really give them something else to focus on.

I think we have effectively communicated that we have a pair of big carriers that can sail to wherever and we have enough jets to do a lot of damage. But why bother? I mean I totally accept that an annual sail past would have presented ’82 but we are in a different space now. Stanley airfield now has some decent aircraft (Typhoon) and a Land Ceptor setup is based there. It is not like before when there was nothing there really apart from RM with hand held kit and Argentina had a reasonable sized navy that floated as well… Read more »

To think that these ships are bigger than the late Invincible class, but when compared to the QE, they look so small and narrow. Makes you appreciate how they managed to squeeze so much out of the “through deck cruisers” with so little real estate.

Hermes made it look crowded, really crowded truth be known. Thank God and the USMC for helping to fill in the gaps !

She was operating in the Celtic Sea off the coast of Pembrokeshire in mid-April, along with USS Carter Hall (LSD-50) and USS San Antonio (LPD-17). San Antonio was in Devonport last week looking rather worse for wear and in need of a good lick of paint.