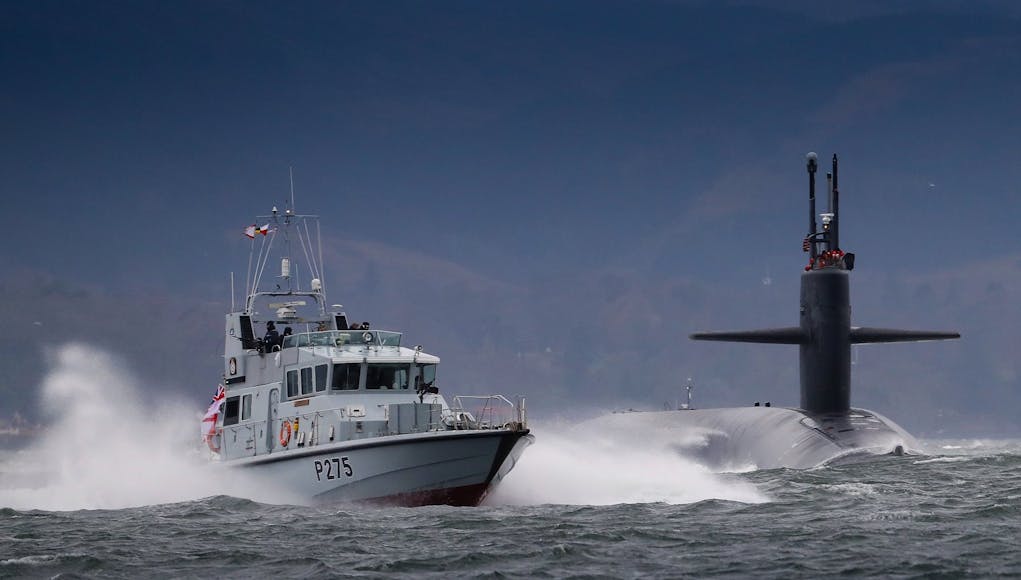 The USS Maryland, a US Navy ballistic missile submarine, has departed Her Majesty’s Naval Base Clyde.

The US Navy say the port visit was to strengthen cooperation between the United States and United Kingdom, and demonstrate US capability, flexibility, and continuing commitment to NATO allies. 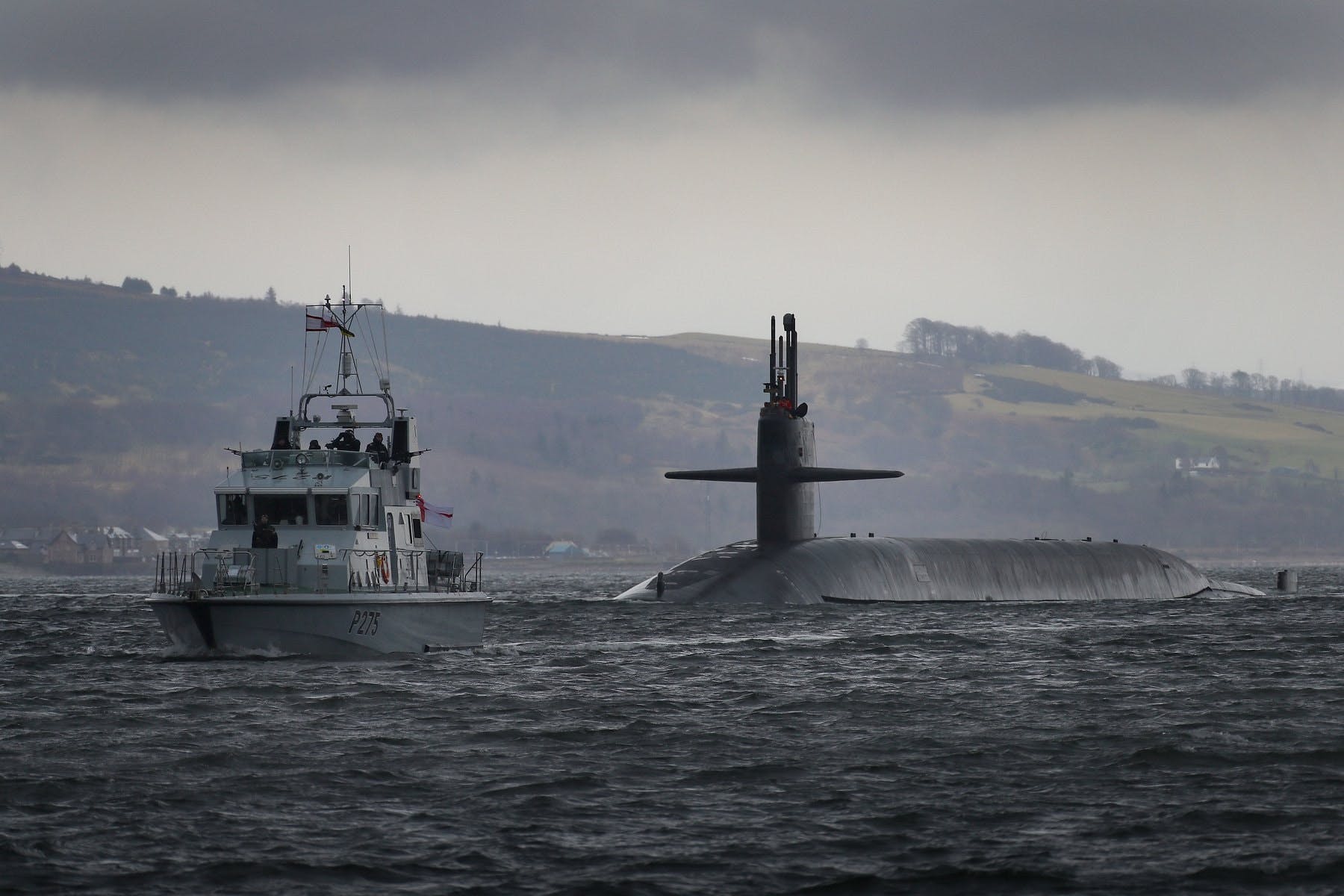 The Maryland, home ported at Submarine Group Ten at Naval Submarine Base Kings Bay, is an Ohio-class ballistic missile submarine.

Recently another US nuclear submarine, the USS New Mexico, also visited the base which is home to the United Kingdoms nuclear missile and hunter killer submarine fleets.

HMNB Clyde is sited at Faslane in the west of Scotland not far from Glasgow, one of Britain’s largest cities. It’s one of three operating bases in the United Kingdom for the Royal Navy, the others being HMNB Devonport and HMNB Portsmouth. It is best known as the home of Britain’s nuclear weapons, in the form of nuclear submarines armed with Trident missiles.

Does anyone know how this fantastic base is protected from missile attack? Am I right to be worried we are pooling all our resources in the one place? I.e. a russian bomber and we lose the lot?

It looks so vulnerable, a sniper could disable it by the looks of it.

The P200s used on the Clyde carry add-on armoured protection as well as being armed. They are a lot less vulnerable than they look.

What did you expect? A Battleship?

That P200 is providing security escort against the likes of CND and Greenpeace protesters and saboteurs, much like the MDP do with their RIB and the RM with their Island Class OPV’s Mull and Rona.

But then, when you’re only interested in digs and putting the UK’s military down little details like that would escape you.