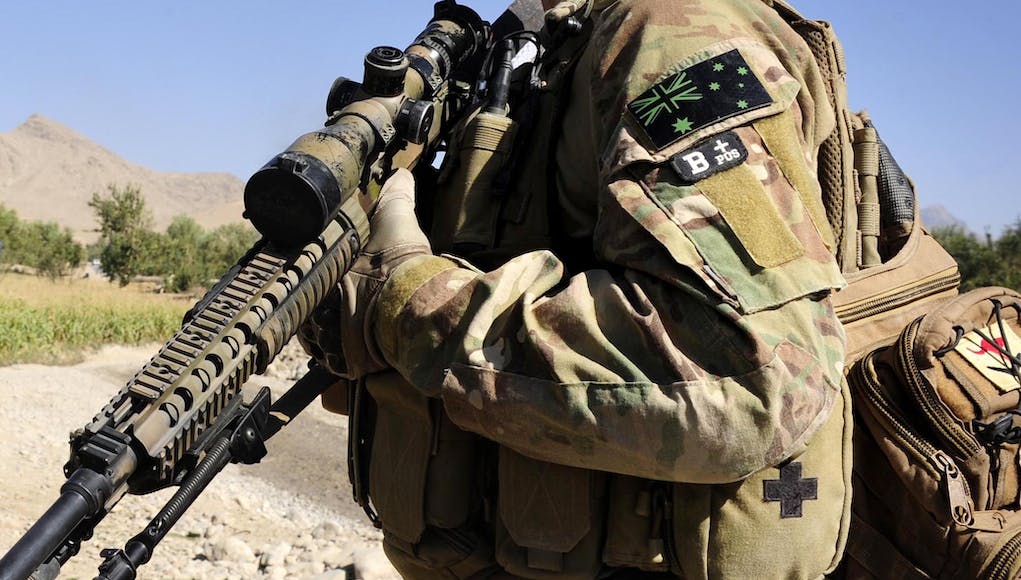 The Australian Government is currently considering a request from NATO to increase its deployment to Afghanistan due to the growing threat of Islamic State.

Presently the Australian Defence Force (ADF) maintains a contingent of 270 personnel working in mentoring and advisory roles under Operation Highroad.

Australian forces have been deployed to Afghanistan since the Coalition invasion in 2001. The current Operation Highroad commenced in July 2014 and is the Australian contribution to NATO’s Resolute Support mission, which replaced the previous International Security Assistance Force (ISAF) mission. Across the Middle East the ADF is also engaged in Operations Accordion, Manitou and Okra maintaining regional stability and combating the threat of ISIS.

The Prime Minister, Malcolm Turnbull, recently met with both James Mattis and General John Nicholson, commander of NATO forces, to discuss the situation while visiting Australian troops in the Middle East. Addressing the media in Sydney on Friday he said “we have been asked to consider additional resources, and we are actively considering that. We’re open to that”.

Defence Minister Senator Payne stressed Australia’s existing commitments while emphasising that “It is in Australia’s national interest to ensure that Afghanistan does not once again become a safe haven for terrorists.”

Testifying to the US Senate Armed Services Committee last Thursday General Nicholson offered a stern warning of the situation in Afghanistan where NATO could face a “stalemate” if additional resources are not committed. Highlighting the high casualty rate within the Afghan National Army due to poor tactics and the ability of the Taliban to launch strikes from safe havens across the Pakistani border, he urged the American government to work with NATO and regional allies to cut the Taliban’s support network and put more boots on the ground to support and develop Afghan forces. Time is of the essence, with winter coming to a close in Afghanistan marking the start of the more active fighting season.

On the subject of any expansion to the Australian contingent Mr Turnbull emphasised that existing defence commitments, both in the Middle East and globally, would have to be reviewed before making any decision on deploying additional resources. It is expected that any extension would be limited to non-combat supporting roles as with the present deployment.

Responding to the reports, opposition leader, Bill Shorten said that he was also open to the measure, highlighting the convention of political bipartisanship on matters of national security, though he had not yet been briefed by the government on what the exact proposals were.

Former Labor Deputy Prime Minister, Defence Minister and most recently Ambassador to the US Kim Beazley has also come out publically to support the proposal. “We have a lot invested in [Afghanistan]”, he told Fairfax Media.

Under the current deployment Operation Highroad is expected to remain in Afghanistan until at least 2020. The Afghanistan campaign has already overtaken Vietnam as Australia’s longest war with 42 Australian servicemen and women being killed over the sixteen year campaign.

April 24, 2022
A Freedom of Information request revealed 18 drone sightings at sensitive military locations in just two years - between 2019 and 2021.