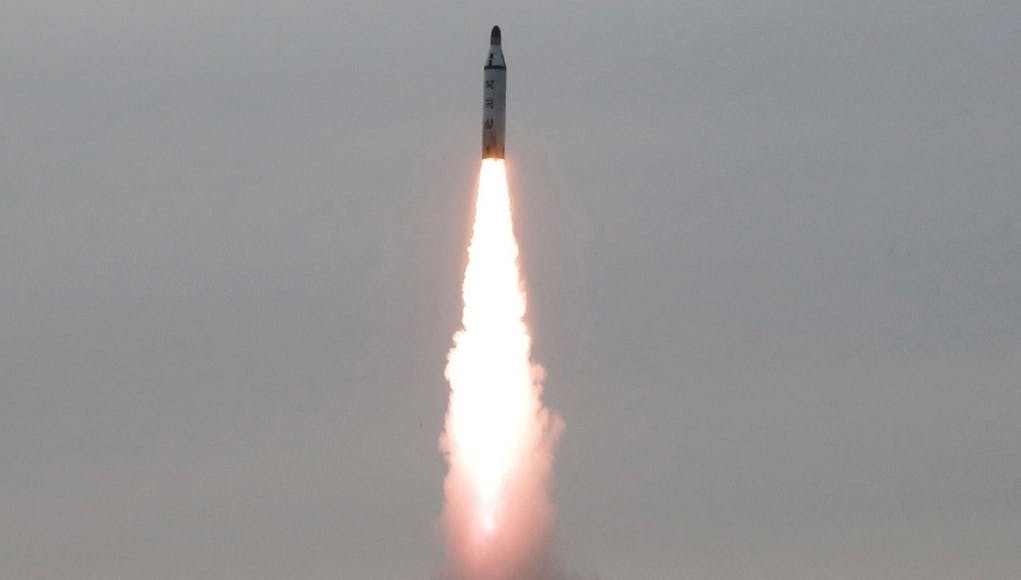 President Trump recently stated that North Korea will be a new kind of rocket – an economic rocket.

However with an economy that is 50 years in the past, few allies and a work force that has no modern skills in the global economy, it’s a bit of a stretch.

With North Korean and United States flags in the background, the image of an American President and the North Korean leader shaking hands in June of 2018 was history making; only second to the South Korean President and North Korean leader shaking hands over the demilitarized zone earlier. For many it was an image that no one could ever imagine seeing – the hermit nation had spent decades and different US presidents threatening annihilation with nuclear weapons and using their work force to advance their nuclear ambition.

However a campaign promise and history-making handshake later a second summit between Donald Trump and Kim Jong-Un is happening in Vietnam at the end of the month. The first summit occurred in Singapore, a country that was willing to facilitate a large contingent of overseas delegates to put themselves in a position to get the best deal from a future peace deal.

It’s a country where the average person has to wade through food shortages and power outages, where the media is controlled and the imports into the nation are controlled with an iron fist. Whilst kept in the dark with foreign media by the state media, the country is antiquated and doesn’t posses the infrastructure that their brothers and sisters across the DMZ enjoy on a daily basis. The task of going from city to city is not as easy as driving your vehicle there and roads are not the grand standard that the government makes them out to be. There is also the issue that due to poverty and the government installing restrictions on travel, buying a car is not as easy as we find it in the western world.

Investment in North Korea hasn’t necessarily worked out in the past. When restrictions have been lifted and money has gone into the country the problem becomes ensuring the investment goes to use and the investors get a return. The Swedes sent a thousand Volvo’s to North Korea in the 1970’s and till today they haven’t even been able to get their money for those cars. A Chinese mining company suffered a four-year nightmare when they decided to venue into their southern neighbor to mine unexplored resources and an Egyptian telecommunications company can’t take profits out of the country – all of which will be an on-going problem should North Korea become open for business.

The workforce itself is out of date; when they worked in the factories during the Korean war aftermath they were in a time where the rest of the world was but today when a car is assembled primarily by machines, the worker build them by hand and often to a quality that is quite low. They also don’t know how to use computers and modern machinery – it could potentially takes years and years to retrain the entire North Korean work force to bring them into the 21st century which also presents issues for foreign investment and new foreign friends, the cost. It could end up in the trillions to retrain North Koreans to either foreign standards or to use foreign tools and that’s not even the end. It’s a trillion dollar problem that the west is overlooking – and one South Korea could end up being saddled with.

Bringing North Korea into the global economy could lead to an issue that many are overlooking, the downfall of Chairman Kim and his lifetime rule. Inevitably when North Korean’s learn what money can buy and how far they can use their dollar to get around the world, get access to western goods and even access to the World Wide Web, they may start to realize that the grass is greener on the other side. Capitalism brought down the USSR, it could in fact bring down a regime that shrouds the hermit nation in secrecy far beyond anything that we could comprehend.

Regardless of what the up coming summit will bring there realistically is only two options – the status quo that slowly moves towards business being brought to North Korea or President Trump’s original statement on what would happen if the summit’s aren’t successful – fire and fury.

April 18, 2022
Imagery has emerged showing the aftermath of a Ukrainian missile strike on a Russian warship.