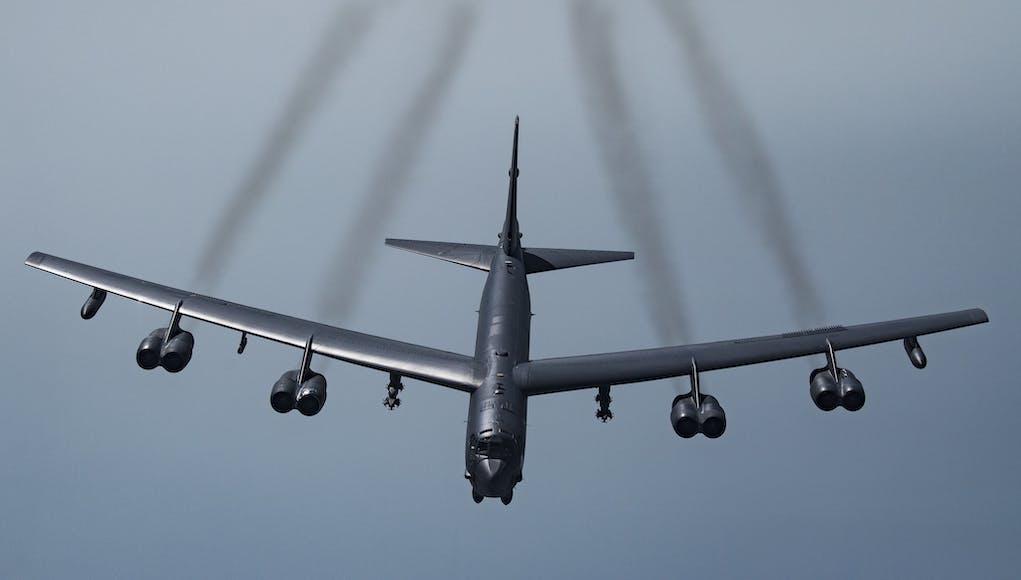 Two U.S. Air Force B-52 bombers have taken off from RAF Fairford in the UK for a night-time mission over Europe.

The two bomber aircraft, callsigns CHIEF11 and CHIEF12, took off from RAF Fairford within the last 15 minutes and are heading south. pic.twitter.com/w7p4g1eyju

The aircraft arrived in the UK earlier this week. In an audio clip, Typhoon jets can be heard to welcome American B-52 aircraft to the United Kingdom whilst over the coast of western Scotland.

“With an ever-changing global security environment, it’s critical that our efforts with our allies and partners are unified,” said Gen Jeff Harrigian, USAFE-AFAFRICA commander.

“We’re in Europe training and collaborating together, because consistent integration is how we strengthen our collective airpower.”

Hence the change of policy in regards to Mildenhall. Apart from the obvious geographical advantages, Britain holds very similar political objectives with the US, even if woke minds are appalled by such a concept.

It’s quite an eerie thought, reminiscent of the Lancasters taking off for bombing missions over Europe. Time to start digging an air raid shelter in the garden! 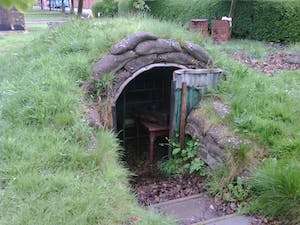 Might as well watch Threads 1984 to prepare more effectively. https://archive.org/details/threads_201712

A very sobering thought indeed as I recall.

Something I’d be in favour of for the RAF, a very useful addition to our arsenal. “Outfitting cargo aircraft with a palletized standoff-weapons capability also promises to be far cheaper than fielding additional bombers, making this an even more attractive concept at a time when budgets are stretched. “These Rapid Dragon deployments represent the first end-to-end demonstration of a palletized strike mission, from rolling missile pallets onto an aircraft to in-flight missile release,” said Scott Callaway, Lockheed Martin Advanced Strike Programs director, of the tests at White Sands. “They are a big step toward showing the feasibility of the palletized… Read more »

This was very interesting too. 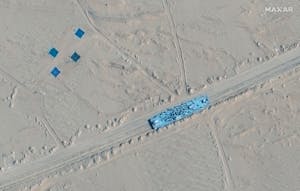 I wonder if we will see the common sense in this approach and follow suit?

Japan’s ATLA outlines development of Type 12 surface-to-ship missiles
“Janes previously reported that the MoD planned to extend the missile system’s range from an estimated 200 km to 1,000 km, and also enable its launch from ships and aircraft.”

That’s an Anderson shelter. They were issued to householders across the country in 1937-1939 and saved thousands of lives during the blitz. We would have to make them from German rolled steel now – and Wallace would probably have to scrap something to pay for them

It’s alright for you I live in a flat lol

Too risky a move in my opinion.

Love the B-52 Stratofortress Bombers, absolute love them. Nixon used these on the Communists in 1973 when, having stalled the Paris peacetalks and upscaling their war of aggression against America since 1969, Nixon righteously let all hell loose on them, and gained “PEACE WITH HONOUR” in Vietnam, with “Operation Linebacker II”. I am Norwegian, and grew up in Norway in the 1980s, the last decade of the Cold War, protected by America from the evil Communist.

A better call-sign that the previous “Hate”

Get those Big Sticks in the air ! But talk softly about them .

CHIEF12 just returning to base now, they just overflew Barry Docks on their way back from a quick trip to the western Med.

The only complaint I have, being in cumbria (solway firth area we only seem to get aircraft wise is the F15s, Typhoons, hawks, texans etc. No F35s, could it be possible for low flying day and night please, plus any other types are welcome in vast quantities.

You’re lucky! In London all we get are Chinooks and the occasional Wildcats and Apaches. The best I’ve seen is three Chinooks together.

George A Rix
Reply to  Louis

Years ago 45 helicopters went past! We do get the really big fly-overs though.

louis
Reply to  George A Rix

That is true, it must have been a few years ago when the RAF did a massive flyover, I remember seeing a dozen typhoons and a few of pretty much everything else in the RAFs inventory.

George A Rix
Reply to  louis

Sound like the RAF 100th birthday. This was actually many years before with the 45 helicopters, there was nothing but helicopters of all sorts…never seen anything like it.