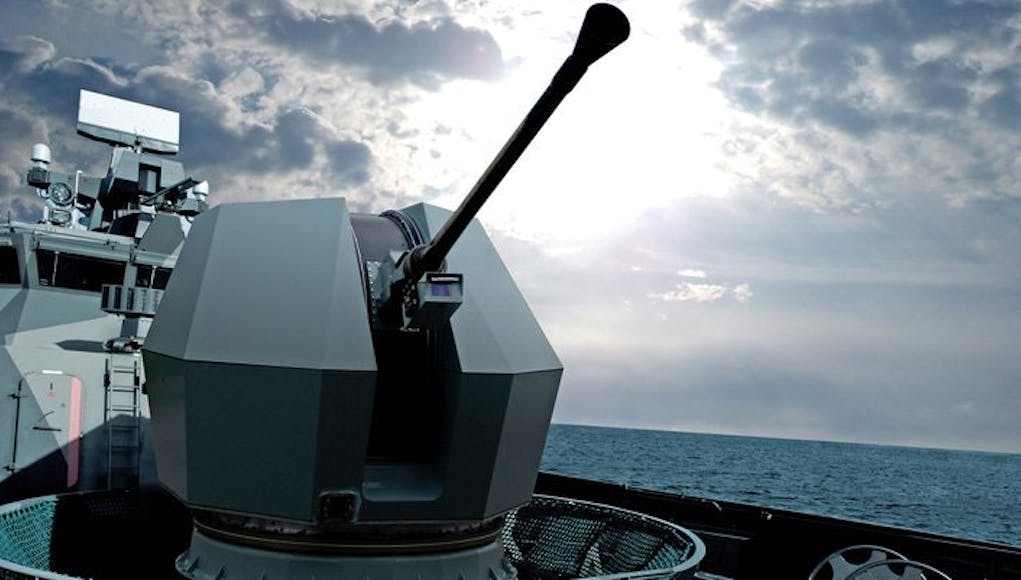 With this contract, Finland adds the 40 Mk4 to its base of naval guns, including both previous versions of 40 millimetre L/70 systems and 57mm Mk3 systems.
“Finland is the third country to select our Bofors 40 Mk4, the result of growing interest from countries seeking the flexibility that this 40-mm naval gun and ammunition system provides,” said Lena Gillström, managing director of Weapon Systems, Sweden at BAE Systems.
“In modern tactical scenarios, ships must be able to operate in different levels of conflict, and survivability requires an extremely flexible weapon system like the 40 Mk4.”
BAE describe the system as following:
“The compact and low weight Bofors 40 Mk4 Naval Gun is a flexible, multi-purpose system offering a high rate of fire and the ability to switch between optimised ammunition types, including the programmable 40-mm 3P all-target ammunition.
The system’s effectiveness against air, sea, and ground targets provides high survivability and tactical proficiency at all levels of conflict.”
BAE Systems say they have a ‘long and successful relationship with Finland’, supplying gun systems to both the Finnish Navy and the Finnish Army, including air defense, field artillery, and anti-tank guns. Currently, several BAE Systems Bofors naval gun systems, the 40-mm L/70, and 57Mk3 guns with 3P ammunition are in service on Finnish naval ships.
0 0 vote
Article Rating

I hate when the announcements don’t include the cost!

Would be interesting to see what the Finns pay and what the UK would be quoted if current and past trends of the UK paying through the nose for so much kit continues.

I would like the River 2’s up armed but not too far and not if it means less Type 31.

There’s always the cost argument against introducing a new gun type. But this 40mm with appropriate ammunition has an AA capability which I suspect would meet the minimum Type 31 point defence spec. Just trying to anticipate whether any of the Type 31 submissions will propose anything other than 30mm, 4.5 or 5in. I should just wait and see.

Nothing wrong with speculation, or hope!

Indeed. I need to reaquire the habit.