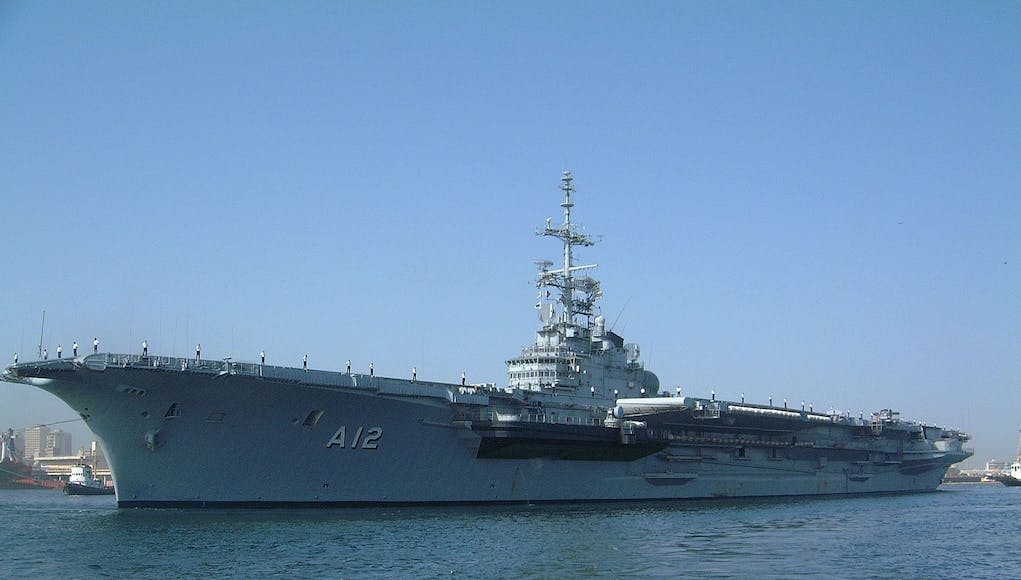 The Brazilian Navy have decided to abandon the refit of the Sao Paulo and decommission the aircraft carrier after a series of technical issues and accidents.

Rectification costs are understood to be a major factor in this decision.

The Sao Paulo is a Clemenceau class aircraft carrier commissioned in 1963 by the French Navy as Foch and was transferred in 2000 to Brazil, where she became the new flagship of the Brazilian Navy.

IHS Janes reported that during its career with the Brazilian Navy, São Paulo has suffered from ‘serviceability issues and has never managed to operate for more than three months at a time without the need for repairs and maintenance’.

It is no surprise therefore that the navy have now announced, as reported by DefesaNet, that the ship will be ‘demobilised and subsequently decommissioned’.

The carrier was expected to rejoin the fleet in late 2013 but suffered another major fire in 2012.

Hmm, i wonder if the bean counters in UK MOD are currently wondering if the Brazilians would like to take the 2nd “Super Carrier” off our hands.

Unused and probably half price, or rather the price that they should have been in the first place. At the time of us starting the design work there were several countries interested in new carriers. Brazil, Canada, France, India, China, Australia, Japan. None of them at the time were looking for a 65t ton ship but more of a CDG 40t ton size. If you remember, we almost built one for the French and just one for us. If only we had gone down the 40t ton CATOBAR route with Astute reactors for UK and France and GTs for export… Read more »

Because the CDG using submarine based reactors has worked out really well for the French. ….

We were the mightiest navy in the world no down sizing selling off.

We were the mightiest navy in the world no down sizing and
selling off.

Should have put a bid in for “Lusty” as she had just been refit and then taken out of commission a year later due to the then SDR.

[…] months ago, the Brazilian Navy announced that its aircraft carrier, NAe Sao Paolo was to be decommissioned and sent to the scrapyard. It’s a sad end for the Clemenceau-class […]