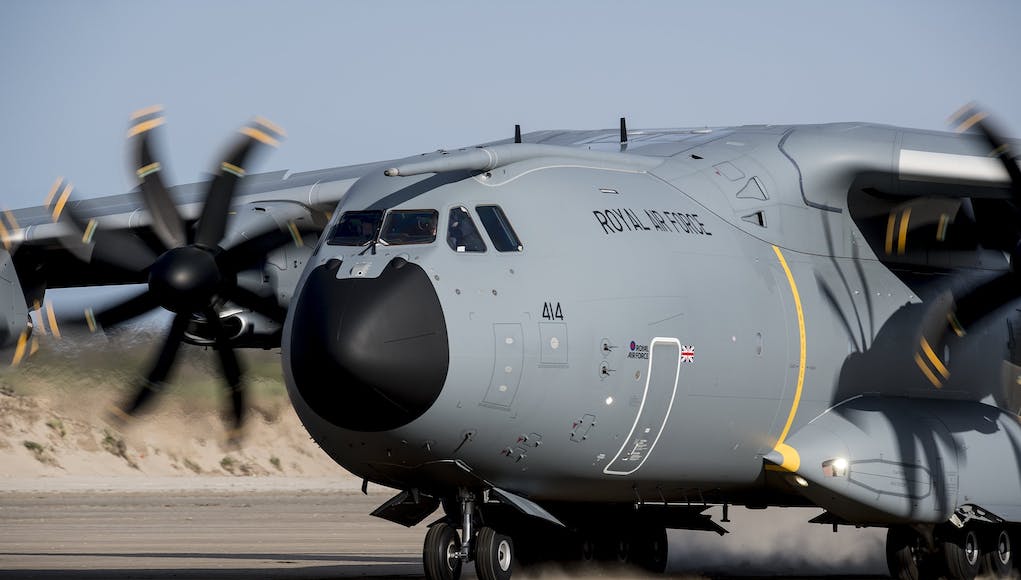 The A400M Atlas will fly from from a base in the Middle East and arrive in Indonesia tomorrow.

On the 28th of September 2018, a shallow earthquake struck in the neck of the Minahasa Peninsula, Indonesia, with its epicentre located in the mountainous Donggala Regency, Central Sulawesi. The quake was located 48 miles away from the provincial capital Palu and was felt as far away as Samarinda on East Kalimantan and also in Tawau, Malaysia.

Following the mainshock, a tsunami alert was issued for the nearby Makassar Strait, but was called off half an hour later. A localised tsunami struck Palu, sweeping shore-lying houses and buildings on its way.

It is understood that the UK is also sending Type 23 Frigate HMS Argyll and making £2m of aid available for the relief effort.

Why isn’t some of the cost of purchasing these aircraft funded by the Foreign Aid budget.

Or the running costs for this mission.

I’ll stick my neck out and say perhaps the MOD do indeed claim back/charge monies for the costs of these missions,of course this information would not be available to the average man in the street,but it certainly seems logical to me.

When the Annual Accounts get published next year, we’ll find out whether the MoD were reimbursed for this. Generally, the MoD will pay for the operation, and will be reimbursed by either DFID or CSSF at a later date. So whilst this is coming out of the defence budget, I very much doubt they’ll end up actually paying for it.

How do you know it isn’t?

Cost of the mission will probably be covered (consumables and manning) but Foreign Aid Budget contributes nothing to the purchase of military equipment. MoD should lease the aircraft similar to airlines using wet leasing agreements and recoup some original cost of acquiring the equipment.

Our military equipment is for use by the UK government to do with what they wish. In fact it is good training for the personnel involved and good tests for the equipment. The personnel involved are being paid regardless of if they go on the mission or not and the aircraft would likely be doing training exercises anyway. The use of our military for aid projects is a good projection of soft power and is a great diplomatic tool. There is no need to pay for equipment out of the Aid budget unless it is purely for aid purposes.

Not disagreeing with your points above but given the state of the defence budget there’s no harm in doing what a commercial company would do and charge all the costs of operating the asset including the depreciation. NGO that we fund will quite happily sign leasing agreements along these lines.

We should build a disaster relief vessel (for peace time) that can double up as an additional naval asset (for wartime) incorporating full medical and hospital facilities for hundreds, helicopter/rotorcraft operations and perhaps SVTOL aircraft, landing craft/mexifloat capability, large vehicle and cargo capacity. Not dissimilar to ex-HMS Ocean +. The cost of build should be MoD, the OPEX should be (in peace time) the foreign aid budget.

As far as I’m aware we haven’t seen a detailed design but the new FSSs will by definition have lots of volume and capacity to carry stores. If they were cleverly designed such that some of that storage space & vehicle lanes could be reconfigured as required so that a basic maybe 4 helo hangar could be expanded by overflowing into adjacent space and a core diagnostic/theatre/ICU hospital facility could similarly expand its basic bed space could that be a viable option? Running on production of a class that would already have been designed and be being built would I… Read more »

We have RFA Argus, although I am not sure it has mexifloat capability.

Why not the other way around, foreign aid pay for the CAPEX and own the vessel then lease it beck to the MoD when needed (ie 2nd carrier in refit or in a crisis). The MoD has been tasking with rebuilding an industry through the NShBS but why can’t other departments take some of that cost and responsibility? The T31 has a requirement in the RFI to be capable of delivering disaster relief and humanitarian assistance as well as representing UK interests, these cross over into areas the Foreign Aid budget should deliver so why can’t they be on the… Read more »

I am glad the U.K. can help. I would add our armed services have a record of superb disaster relief work. Our global stance, often acknowledged in private by other countries diplomats, is not only dependent upon our war fighting capabilities. We won confrontations by being a reliable friend to those in need. It’s what we do. Best wishes to all involved in this operation.

As a country we have always gone the extra mile to provide humanitarian support either due to natural disasters or post a conflict. The only time we really got it wrong was in the Bosnia conflict where the rules of engagement at the start of the conflict prevented us from intervening. Unfortunately, providing disaster relief is very good training for the military. As Napolean said wars are won on logistics, didn’t work for him though! The logistical chain that is required for the lone A400M or the Hurricane relief vessel RFA Mounts Bay require constant monitoring and planning. This is… Read more »

Red Arrows to get new aircraft