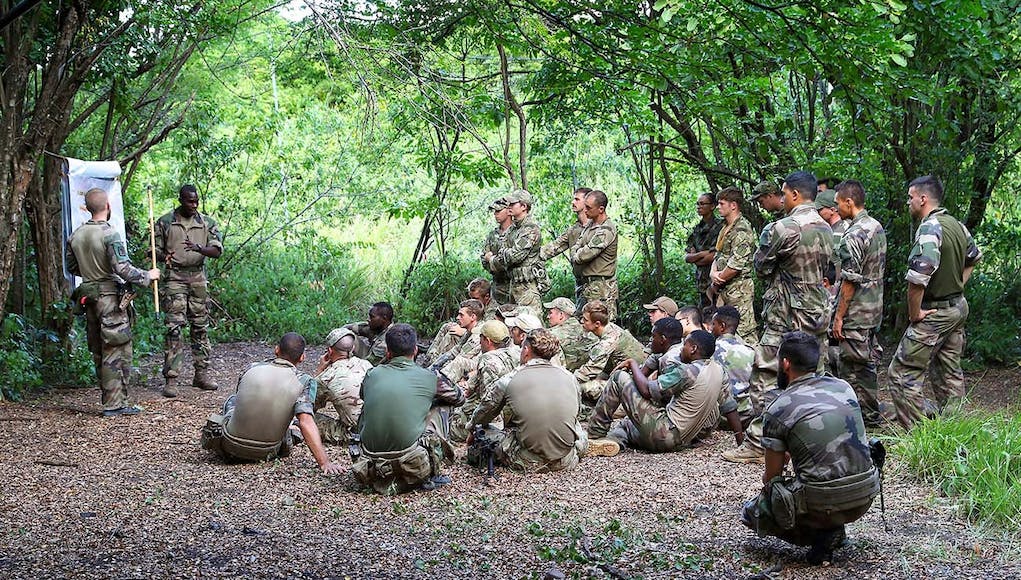 RFA Mounts Bay has landed a team of UK military personnel ashore in Martinique in the Caribbean to train in hurricane relief with their French counterparts.

The Royal Navy say in a news release that the vessel is midway through her three-year deployment to the region, the Royal Fleet Auxiliary ship has been playing host to the Humanitarian Assistance and Disaster Relief (HADR) Troop who have been sent out to the region to cover the six months of core hurricane season.

“The time onshore saw both nation’s troops get involved with jungle-tracker training, share experience in a range package using both French and British weapons, and culminating in an earthquake scenario exercise on the north coast of the Caribbean island.

“The final disaster relief exercise really put us through our paces; we were faced with a realistic threat in a challenging environment alongside our French colleagues.

Given the UK and French presence in the Caribbean, it is important that we understand each other’s capabilities so that we can work together in any future HADR operations.”

It would have been good to have an outline of what the UK and French interests are. Forgive my ignorance…but good to see us working together with a close ally to maximise impact.

British and French overseas territories are their interest.

I assume they are preparing for the situation that one of the territories gets hit and the other not, so we can support each other.

If they both get hit, my guess it will be no or little cooperation and just focusing on own problems.

The UK has the following overseas territories in the area: Turks and Caicos Is, Cayman Is, British Virgin Is, Montserrat, Anguilla, Bermuda, plus some nominally independent islands that are too small to survive a major disaster on their own, like Dominica. The UK takes an interest in Belize, which has been hit by hurricanes several time, and the Bahamas.

France has more territories than the UK in the area, all small islands, one it shares with the Dutch, St Martin. I guess Martinique is the largest in terms of population.