The Royal Navy currently has two aircraft carriers at sea, both flying F-35 jets. This is something that only one other navy in the world is capable of.

Separated by 7,000 miles, HMS Prince of Wales in the North Sea and HMS Queen Elizabeth in the Pacific have been launching and recovering the stealth strike fighter on round-the-clock sorties.

The Royal Navy say here that until now, the ships have embarked the fifth-generation jets but never have the two 65,000-tonne behemoths launched the fighters from their flight decks at the same time.

“That’s now changed with HMS Prince of Wales exercising with the RAF’s 207 Squadron in waters close to the UK, while, on the other side of the world, HMS Queen Elizabeth carries out flying operations over the Pacific with her jets from 617 Squadron and VMFA-211 of the US Marine Corps.”

“This is an extraordinary achievement for the Royal Navy and represents the true global reach we have in this current era,” said First Sea Lord, Admiral Sir Tony Radakin, in a news release.

“It demonstrates the enduring strength of our alliances and partnerships and is the result of decades of work and dedication to achieve this feat with the Queen Elizabeth-class carriers.”

Three UK F-35Bs from 207 Squadron are currently on board HMS Prince of Wales as she goes through the final demanding stages of becoming fully operational this autumn.

“Pilots are carrying out carrier qualifications day and night to ensure they are ready for missions ahead, while the ship is going through the world-renowned Fleet Operational Sea Training (FOST) programme. This tests ships and personnel to the limit in order to qualify them for operations.”

Later this month, HMS Prince of Wales will also take part in the largest military exercise in the UK, Joint Warrior, off the Scottish coast to test her ability to work alongside other naval, air force and army assets and as part of broader task group operations.

HMS Queen Elizabeth meanwhile is fresh from exercises with the Japan Maritime Self-Defense Force and a port visit to Yokosuka, which was a key moment in the Carrier Strike Group (CSG) deployment, say the Royal Navy. The CSG deployment has taken the aircraft carrier and her supporting warships across the Atlantic, Mediterranean, Indian Oceans and into the Pacific, working with allies and partners along the way.

Youc an read more here from the Royal Navy themselves. 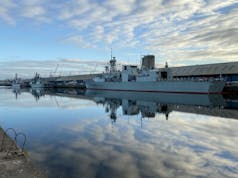 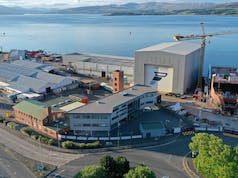 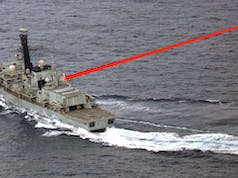 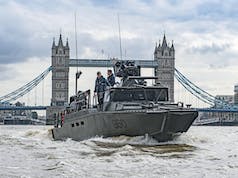 Saab ‘Next Generation Combat Boat’ on the Thames 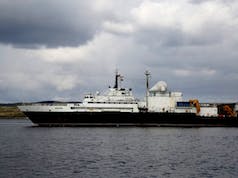 When is the next Batch of F35’s due to arrive in the UK and any idea how many? Not to detract from the above but the numbers would need to be upped considerably to field two carrier groups simultaneously not to mention the number of hulls needed to create two Task forces

Last I heard, they’re on track for 40 by 2024. Seems ambitious to me given the slow uptake thus far

We have never planned to operate two carrier task groups. Having two vessels, means one is available 365 day’s a year to fit around refit and maintenance timelines. Something the French can’t do.

But one group with two carriers is very much on the cards.

Yeah, that was never going to happen. Bet the French wish they did have a QE class though.

1 Carrier wing only geoff. If necessary, both carriers can deploy if needed.

And never mind F35s, Merlin shortage is even more critical.

It’s the future UAVs that I hope will enable 2 air wings if needed.

Thanks for info Daniele. Pissing with rain here!

Well ZM158 (which is the 24th F35B airframe for the RAF/RN) had its first flight on the 2nd September so that makes three of the 2021 tranche of 6 aircraft now complete, the UK aircraft appear to be coming off the production line approximately once every month since the summer so the order looks to be on track. I would assume they would be ferried over to Marham sometime in the next couple of months, really depends on whether the RAF want to ferry the whole group in one go or bring them over in a couple of flights as… Read more » 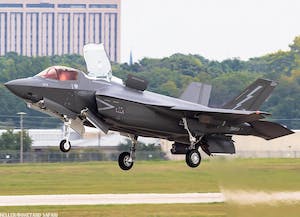 the 2020 batch came over quite late – December I think and it looks like MoD batched them up to fly over together. I suspect this year it will be the same

AL, It had a test flight on 13th too and there was a 2nd with RAF roundel holding short the runway in the background couldn’t see its tail or airframe number . I’m pretty sure I’ve seen a pic of 023 (assume ZM157) & 024(ZM158) on Instagram so we might have a batch of 3 to come over soon.

By my fag pack maths assuming they stopover at Gander, 3 f35s to 1 A330 leaves multiple diversion options for everybody on the ferry over, 4 f35s limits diversions to Greenland or Ireland only.

Great! Does the POW now have the “Bedford Array” and will be doing further ship borne rolling landings? Perhaps in the US with the “orange wired” test aircraft later in the autumn? Be good to see that as standard operating procedure.

Good to see, but we can only realistically support one battle group. Only one country is capable of multiple groups. We need more escorts and support ships.

Which is why more have been ordered?

And even more are planned?

Which is why T31 is being built at a commercially sensible speed Earhart than the gentle amble that MOD mandated T26 is built at.

Another good reason why the Type 32 should be a tweaked Type 31.

Hence my comments about built to commercial pace.

Key is acceptance of #1 so that MOD knows that T32 is less of a risk.

And new engines to support Block 4 it seems which is due to be released in 2026/7 according to the last report I read.

Yes, I see. This link provides more information on the subject.

Jennifer Latka, Pratt & Whitney’s vice president for the F135 engine program, said the AETP technology is not compatible with the Marine Corps’ F-35B.

That would necessitate two different alternative engines for F-35.

The whole effort could add up to $40 billion over the 50-year life of the program, she said in an interview with Air Force Magazine..

Thankyou for the link

This link carries a little bit more information on the subject.

“Tweedie said the plan was always to develop an engine that could be applied to the F-35 at midlife, and to other, future aircraft, but not as a retrofit to the F-15, F-16, or F-22.

﻿The AETP engines were “optimized to the F-35 … from the beginning,” he said.”

There’s a significant amount of risk that comes with brand-new technology, and that would require a … tremendous amount of validation to be done,” Latka said. “We’re saying, the AETP is not the right fit for the F-35.”

AETP is not designed for F35. And is not the engine upgrade they are talking about for block 4. Any engine upgrade will be for all 3 variants of the F35. AETP is for 6th gen potentially. The current F135 has considerable growth potential, just like EJ200 for Typhoon does.

😄 Fill your boots pal. These articles can have some misleading opening statements. Only when you read the whole thing, you get what they are really talking about.

And pilots aren’t exactly 10 a penny either

What I meant was we can’t depend on USMCs pilots allthe time ,how long does it take to train up a pilot for for the F35s and what’s the ratio

When will 809 squadron be getting their F-35Bs. Does anyone know.

So we could in theory, have the pilots ready and waiting by 2023

Pilots yes but planes no. May have also chosen to wait for block 4 too

So at this rate the F35’s will have been upgraded with new software ? And that would mean ùpping the anti for the pilots ,so at this present time we have more pilots than planes meaning the Airframe is being used more often ? To keep the pilots sharp

Do the French require US operated aircraft (USMC, USN)to make up an effective naval air arm?

No but they do need someone elses aircraft carrier to make an effective carrier force. I think we should be the happier of the two.

They operate 1 carrier, that isn’t very reliable. And have 44 Rafale M’s in service. Our carrier force has a much brighter future.

No, because their Rafale are already in service.

The RN is rebuilding fixed wing aviation capability and as an interim measure and in agreement with a close ally their planes fly with ours.

Give a few years and the assets aboard can be all UK if the situation demands it. 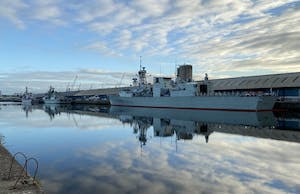