HMS Richmond, a Type 23 frigate, is escorting the Russian carrier group which is understood to be heading to the Mediterranean Sea.

The frigate sailed from the Shetland Islands after conducting routine training exercises and Maritime Security Operations.

The carrier battle group is expected to pass through the English Channel later this week, where it will be met by a Type 45 Destroyer.

According to TASS, a military-diplomatic source in Moscow said on Saturday: 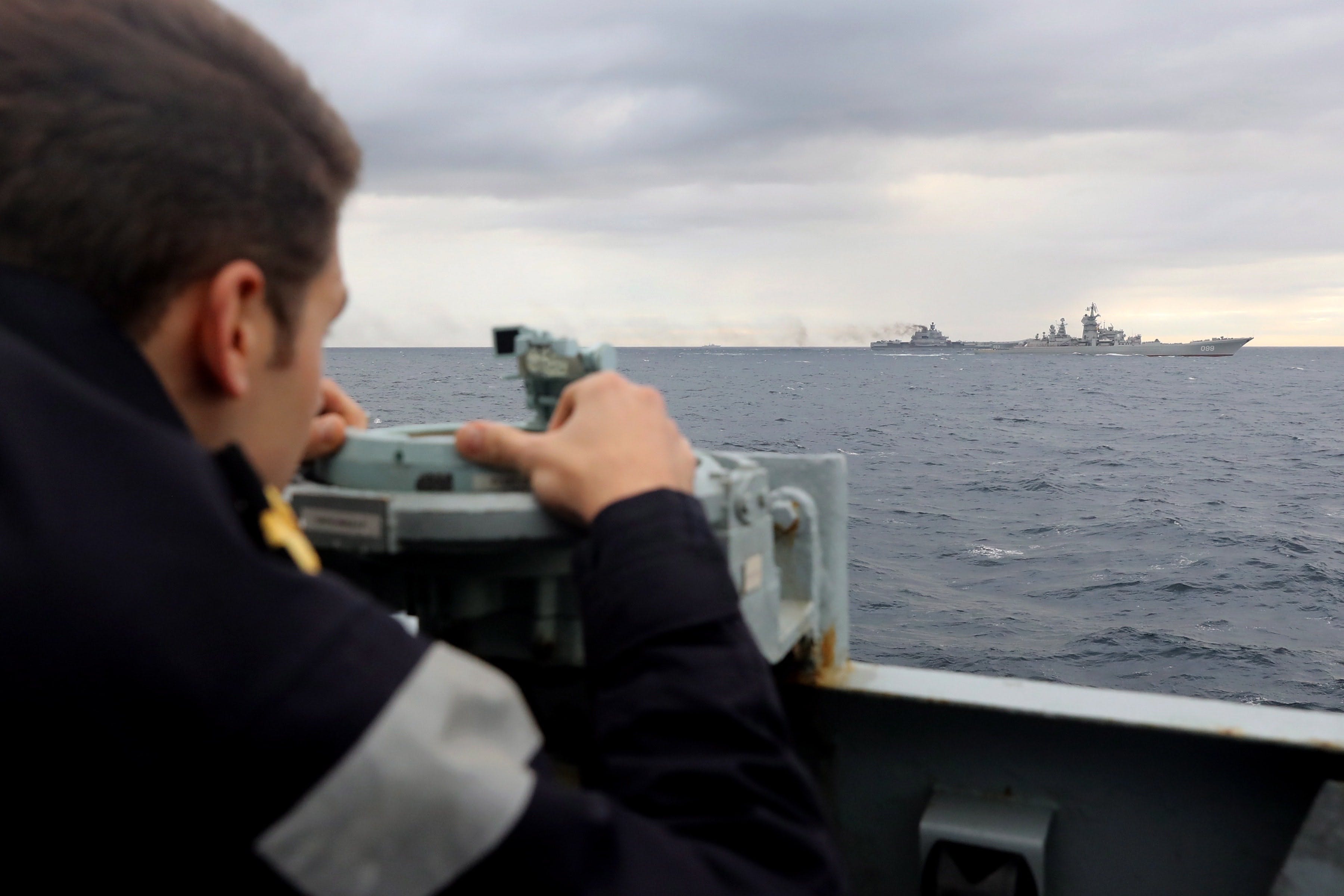 yep, just routine no worries. The new uk carriers will be bigger than the Russian carrier and as for the United States of America’s carriers, well , nearly double the size..