A Royal Air Force RC-135W intelligence gathering aircraft was again circling close to the headquarters of the Russian Northern Fleet.

The aircraft, tail number ‘ZZ666’ and flying under ‘RRR7223’ previously performed a similar sortie earlier in the week. 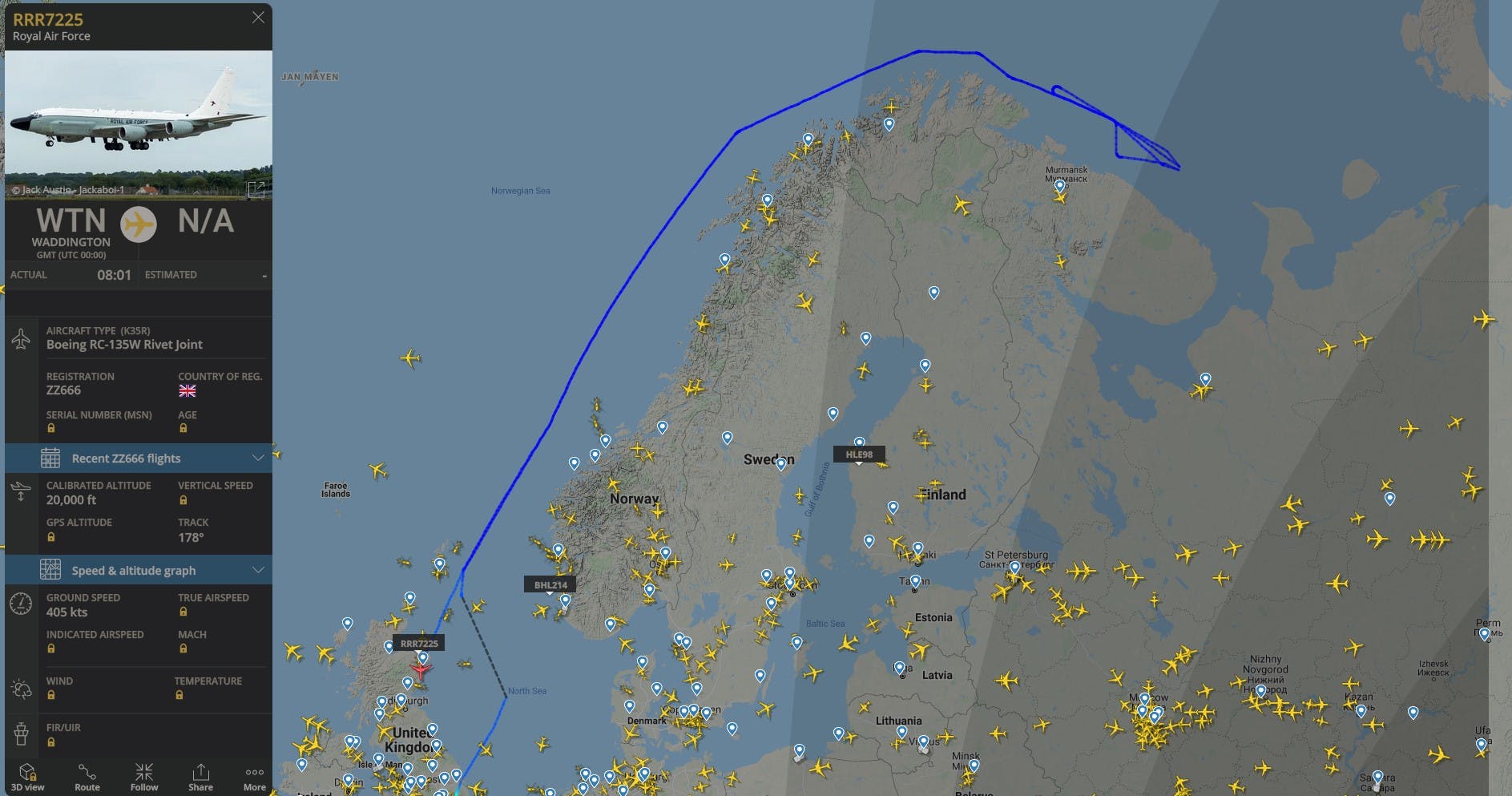 The aircraft was again refuelled over the North Sea by a U.S. Air Force KC-135 out of RAF Mildenhall before flying over Norway and then down to the Kola Peninsula, just off Murmansk.

That the Royal Air Force chose to make the aircraft visible on commercial tracking services like that shown above sends a very clear message.

Why are we reporting this? Well, aside from the above, it’s important for people to see theat aircraft like this are in near-constant use rather than gathering dust in a hangar.

It should be noted, by the way, that the aircraft is in international airspace. The West does this to Russia, Russia does this to the West.

According to the Royal Air Force website, the RC-135W Rivet Joint is a dedicated ‘signals intelligence’ electronic surveillance aircraft that can be employed in all theatres on strategic and tactical missions. Its sensors ‘soak up’ electronic emissions from communications, radar and other systems.

Maybe they are hoping it will get shot down, so they can cut another capability whilst stating they are boosting defense capabilities / expenditure.

Lot’s of rusty Hulks all tied up going nowhere including the Carrier.

One thing the Ruskies really invest in, is its Submarine force