The Royal Navy vessel HMS Tamar visited Darwin this week after the successful completion of her first deployment in the Indo-Asia Pacific as part of Britain’s permanent naval presence in the region.

HMS Tamar is permanently deployed to the Indo-Pacific region alongside her sister ship HMS Spey.

HMS Tamar visited the Northern Territory briefly for crew rotation, before continuing her permanent deployment in the region say the Ministry of Defence in a press release.

The Ministry of Defence say here that over the course of their five-year deployment, HMS TAMAR and sister ship SPEY plan to work with allies and partners across the region and plan to visit countries from Australia to Japan, and Fiji to Singapore.

“Since deploying in September 2021, Tamar and her sister ship Spey have travelled 25,000 nautical miles to Columbia, through the Panama Canal, transiting along the US West coast and into the region via Hawaii. Some of the highlights of Tamar’s operations include:

Highlights from HMS Spey’s operations include the following:

Alongside the Royal Navy, the British Army and Royal Air Force regularly conduct exercises and operations with partners and allies, underlining the UK’s joint commitment to security and stability in the Indo-Asia Pacific.” 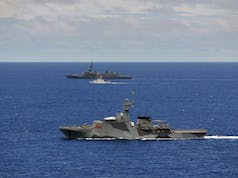 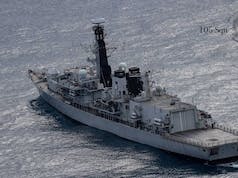 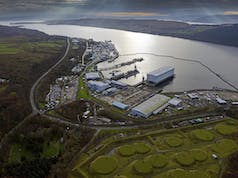 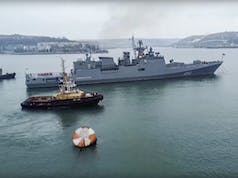 Have to wonder given the limitations of these ships what kind of utility or training can they provide to HMG or regional Allie’s. Nice to have forward based presence and these ships are vital in less contested areas such as the south Atlantic or Carribean but in the Indo pacific? Possibly forward basing in the pacific islands and re establishing presence there might serve as a counter to China but can’t see much else.

I’ve mentioned within the last few days that the RN’s ‘official’ newspaper, Navy News, shows an artist impression of T31 integrated into UK CSG. Additionally, it was clearly toting cannister anti-ship missiles. A mute statement of future considerations by the RN, as security deteriorates? Logical, not to mention always the intention if unit numbers don’t multiply sufficiently rapidly, I and many others would hazard. To date, the T31 has been promulgated for the River B2 role, as you know. But the latter are themselves downgraded corvettes, for want if a better classification – at 2000 tonnes, median naval survival rating,… Read more »

That’s very interesting about 31’s and CSG. You could well be right about what that would mean for the B2’s and either a longer life for B1’s or even a batch 3.

Actually one of the reasons why they cost so much is that the RN took the original Amazonas corvette design and required that design’s survivability be UPRATED compared to the original. Specifically these included enhanced magazine protection, improved hull integrity, fire safety modifications, and greater system redundancy.

Not everything involves the Ops room Warfighting on a RN ship. In addition to the article Other things you end up doing: Navigation training using old school charts or modern Electronic Chart Systems. AIS training Boarding ops and vessel searching. Officer of the Watch Manouvers Flight deck training.with other nations aircraft. Sea Boat drills (mobex) B2s are an excellent asset for working with smaller, coastal focused navies who are looking at EEZ enforcement etc not fighting off Carrier Strike Groups. More Ships have visited Pitcairn in the last 5 years than in probably the previous 50. The locals are probably… Read more »

I don’t disagree with any of that, however the South China Sea area is very much a point of potential high intensity conflict, we need to be actively engaged with military exercises rather than Low end security tasks and training in the region. Much the same as when we sent the other B2 to the eastern Med following invasion of Ukraine. What was it really going to do. Don’t get me wrong I think the B2 are great in the right area but they should never be used instead of a frigate and that seems to be what is happening… Read more »

SCS and ECS indeed militarily intense, and an Australian, Japanese and US concern for the most part. However, Tamar and Spey backyard encompasses mid Pacific to East Africa. Not a bad value for money operational area outside of your evident main concern, Martin. Even so, they’re pretty valuable low profile intel assets, along with everything already highlighted.
Hit me with those positive vibes, man. 🤘

I love the river class. Such useful ships with work deck, extra accommodation and go well with a limited budget. The type 31 will hopefully fit nicely between river and type 26.
Also the rivers don’t cost a fortune to keep at sea

Agreed. People moan because they don’t have towed sonar, ABM missiles and 16” inch guns, but they are great for the job that they do. Plus they have growth potential as although classified as OPVs they’re based on a corvette design and have room for extras to be fitted.

Agree with you on this. I wonder if the Rivers where ever put forward for the RANs OPV contract that was won by the TKM Arafura class? That was for 12 80-85m vessels I think.There’s been the Thai licence River builds but a few more wins would be nice but it’s a tough market, lots of good designs around.

I don’t understand why the 1600 tonne Arafuras are that expensive. Not only do they seem they hugely more expensive than the 400 tonne Cape class, they even make the heavier B2 purchase look frugal. They are roughly the same size as the B1s but cost about £170m each (A$300). So did we really get such a bad deal with the B2s? They also ask another question of the B2s. Some say the lack of a hangar on the B2s is primarily so there won’t be any possibility of the MoD being hassled to equip the OPVs with a helicopter.… Read more »

Yes, the RAN could have gone with something a bit bigger (90-100m) and more capable and maybe less ships but there’s the balance of getting the right vessel for the job and in the right numbers. I think the Arafura’s only have a 4000NM range too so maybe they’re more geared to coastal, littoral, EEZ patrol. I read somewhere that the down grade from 40mm to 25mm is just temporary, they could even go up to 57mm with AShMs like Brunei or keep 25mm plus drones and there’s some MCM version proposed too. There’s been a previous article on different… Read more »

Mate, When it comes to the cost of the Arafura class OPVs, you can’t just do ‘simple’ maths and divide the budget of $3.6b by the number of ships (12) and end up saying the OPVs cost $300m each. Usually here in Australia the Government provides a ‘project’ budget. That overall amount usually includes the ships themselves, new or upgraded infrastructure, spare parts holdings, crew training, sustainment, etc, etc. A good example are the RANs two AORs, Project SEA 1654, the actual construction cost of the two ships was approx $640m ($320m each), the total project allocation was more than… Read more »

It’s quite frustrating how Australia does that, that’s why your 8 submarines appear to cost $800 quintillion.

We don’t know at this stage what the ‘at least’ eight SSNs will cost, and again the budget for the 12 cancelled Attack class was a budget allowance expressed in 2050 dollars. I think it’s far better to allow more in the beginning and potentially come in on or under budget. If I remember correctly a good example of under quoting cost was when Canada originally planned to procure F-35A aircraft for the RCAF, then of course there was outrage in Canada when much higher figures started being reported. However, the budget allowance for the RAAFs F-35 fleet has always… Read more »

Obviously you have allow for the project costs as that’s the money going out of the door, but it’s also useful to know what the construction costs and through-life costs are too. The question is which costs are reported and the level of transparency. As there’s no standard and no easy way of finding out what’s included there can’t be accountablity.

The OPV project is still in its early days, the 12th ship is not due for delivery until December 2029.

This is a PDF of the Auditor-General report on the project from late 2020 (about 18 months ago).

Lots of facts and figures.

The total approved budget is currently approx $3.6b, the value of the contract with Lürssen is $1.988b, the project also has a built-in contingency fund of $426.6m.

There is accountability, but it’s impossible to slice and dice and produce those final numbers at this early stage.

My understanding was that the BAE Systems River class OPV design didn’t make the final short list for the RAN Project SEA 1180 (which became the Arafura class).

The short list of three, was a Damen Netherlands OPV design and two German OPV designs, one from Fassmer and Lürssen.

And of course the Lürssen OPV80 design was the winner.

There are 12 ships under order/construction, there is also a plan to order another eight which will perform Mine Warfare and Hydrographic roles.

Ultimately there will be 20 Arafura class OPVs for RAN service.

Thanks for the reply. Good info.

She’s not a warship!

Well she is painted various shades of grey, got a gun(small), RN crew and if needed will fight! So she is a warship👍

Are the RMP soldiers?

They don’t go around in Tanks and armoured vehicles or fire big guns!

It is a disgrace!!! The RMP need their own Armoured Regiment, GMLRS Regiment, and dedicated AAC Apache Squadron!!

I give you one RMP PC does jump out of aeroplanes!

We don’t need any of that, we just need big, very hungry German Shepherds for fighting PARA on Friday nights @Airborne.

How ocean going are these vessels?

Mr Bell
Reply to  Something Different

Well she has sailed to the other side of the world so I would say very ocean going.
The batch 2 rivers can cope with north atlantic storms and rough north sea work so I’d suggest the hullform and propulsion are upto the task of crossing the worlds oceans in almost any weather short of a cyclonic blast that would endanger any other vessel.

Quentin D63
Reply to  Something Different

That must have been a great experience Tommo! A real pity that this wonderful tradition has been allowed to slide. Even with our reduced fleet i am sure a revival would be possible. is the fact that it is no longer held down to the cost?

Sounds like they are doing the flag waving role the old Hong Kong squadron used to do, who were frequent visitors to a lot of the places these ships visited in the Far East. These were also stationed out east but permanently and had a extra role of patrolling HK waters. The Peacock class were also very capable in assisting environmental disasters and SAR ops though they didn’t have a flight deck but had a great Oto Melara semi automatic bang bang on the bow.
Lovely little ships.

Really a patrol ship with a 30 mm main gun, no missiles or ASW assets. Fine for an OPV though. 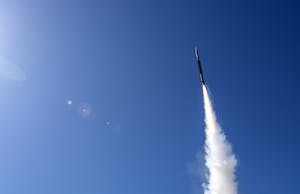 August 9, 2022
The new "system of systems" must provide "sufficient, effective capability to warn, inform, deter and defeat all air threats including aircraft, missiles, munitions, and UAS".