The ongoing humanitarian crisis in the DRC has been described by the UN as the ‘highest level of emergency’, comparable with Yemen, Syria and Iraq.

This article was written by Robert Clark and Christopher Galvin.

Robert Clark is British military veteran currently studying at postgraduate level at Kings College London. As a researcher and analyst he has experience within both private think tanks and the UK government, including submitting evidence for the Defence Select Committee. His expertise includes UK foreign policy, Anglo-American military relations and counter-radicalisation.

Christopher Galvin is a military veteran and researcher who is currently pursing postgraduate study at UCL reading Global Migration. With research interests in both security and migration Christopher’s previous work has explored displacement and refugee studies within the UK.

In January 2018 Jean-Pierre Lacroix, the head of UN peacekeeping operations, informed the Security Council of the recent deteriorating situation and the urgent need to bolster peacekeeping efforts within the country. However, in contrast to the latter crises, the ongoing conflict in the DRC has received far less attention from international media platforms. Since 2016, at least 3000 civilians have been killed and a further 1.4 million displaced.

A catalyst for this conflict has been significant public resistance to the rule of President Joseph Kabila. In June 2016, a traditional chief within the central Kasia region called for a popular uprising against the government and state institutions. Following the chief’s death two months later, the result of a police raid, civil unrest escalated to a disturbing level unprecedented in recent years; including the alarming re-emergence of child soldiers.

The grievances voiced over President Kabila’s rule, which caused the initial protests earlier that year, intensified in December 2016 when the president refused to step down after his five-year term concluded. Despite the earlier implementation of the United Nations Organization Stabilization Republic Mission in the Democratic of the Congo (MONUSCO), with a mandate aimed at protecting civilians, humanitarian personnel and stabilising the government, civil conflict has continued to rise.

The current escalation in violence in the DRC is the latest in a series of bloody civil conflicts dating back to the mid-1990s. The Second Congo War (1998-2003) was the deadliest conflict globally since the Second World War, resulting in 5.4 million deaths. The nature of violence was so extreme that children under the age of five were the hardest hit, accounting for almost half of all those killed. The scale of the war was so vast that it destabilised the entire region, as foreign armies and rebel groups fought for control over the country’s natural resources; recently estimated to be worth more than $24 trillion.

The conflict, exacerbated by endemic corruption, forced millions to flee their homes, further destabilising the region. The ongoing failure of the DRC security forces to prevent the humanitarian crisis has continued to this day. The inherent weakness of those forces to protect civilians ultimately led to UN Resolution 1279, and the creation of the United Nation Organization Mission in the Democratic Republic of the Congo (MONUC). Charged with the observation of the Lusaka Ceasefire Agreement, it was replaced in 2010 by the current MONUSCO mission, which as previously stated was to ensure the protection of civilians. The latest manifestations of the conflict, witnessed since 2016, have highlighted the glaring failures of the current UN mission in achieving that mandate.

Despite being unable to fulfil its overall purpose, the latest UN mission has endured considerable losses; most recently the deaths of 15 Tanzanian peacekeepers in December 2017; in total, UN peacekeeping missions in the DRC have suffered the loss of 93 personnel.

A UN report from March 2018 investigating these deaths highlighted shortcomings in the training of its troops as a significant causal factor. Although contributing substantial troop numbers, the majority of the MONUSCO assisting militaries are from developing states themselves, inevitably posing limitations to the overall capability of the mission. Despite some of these contributing states, specifically Tanzania, offering evident military strengths such as regional expertise, those forces do not offer the mission access to the technological military resources required by the mission’s efforts; for example, UAV surveillance technology has already been requested as a necessity. A further weakness of the current UN peacekeeping mission is the sizable reduction to its budget announced by the US in 2017.

The ongoing conflict is by its nature a complex and fragmented issue which can only be resolved through a multi-dimensional approach, encompassing transformations in international assistance and new efforts which tackle corruption and the under-resourced security forces. Disconcertingly, the international economic legislation spearheaded by the Obama Administration, compels many corporations to avoid mineral extraction in conflict-prone areas.

Whilst initially supported by the international community, this measure, known as the wider US economic reforms Dodd-Frank Act, has propelled millions of miners and their families deeper into poverty.  As a direct result of reduced employment prospects for miners, destabilisation has increased. This has encouraged individuals to join the ranks of militias involved in the DRC conflict, exacerbating local corruption; DRC security forces themselves have routinely been involved in mineral extraction and subsequent smuggling into neighbouring countries. By some estimates $400 million dollars in gold was smuggled out by militias the year after the US legislation was passed.  Although the negative impact on regional turbulence may be reduced with a redress of economic policy from the international community, the civil unrest has already generated long-term security issues for the European continent.

A 2017 Gallup Poll highlighted how in 2016, 50% of people within the DRC wished to migrate, accounting for approximately 40 million people. As recent migratory trends suggest, this would unequivocally place further strain on southern Europe. In order to prevent the danger of a mass exodus of the Congolese population, presenting a catastrophic risk to the DRC and to the European continent alike, it is essential that the international community now provides a more suitable and capable approach to dealing with the increasing civil unrest within the country.

With the need for a more comprehensive approach, aimed at increasing the operational effectiveness of the current peacekeeping mission and alleviating the obstructive effect of the economic legislation, there leaves an opportunity for NATO’s recently operationalised Southern Hub. This new facility, located in Naples, Italy, has been charged with the mandate of responding more effectively to security challenges beyond Europe’s southern boundary. This strategic aim is supported by leading European Security experts; Carnegie Europe claiming that NATO has an obligation to mitigate the consequences of security threats facing state failure. The geopolitical climate for a NATO-led training mission to the DRC, aimed at the protection of civilians through the development of the DRC security forces has been solidified by the recent NATO Summit in July 2018. Secretary General Jens Stoltenberg highlighted the need for ‘a package of additional measures for the South’.

The increased deployment of short-term training teams by NATO members, has proven highly effective in increasing the operational capabilities of European-allied states across Africa, including Uganda, Kenya, Somalia, Mali, Nigeria and Sierra Leone. Such training missions, often small enough in number to ensure political sustainability, enhance regional stability by increasing the capabilities of the local security forces themselves. This is in direct contrast to the hands-on approach witnessed by the UN peacekeepers, resulting in the significant death toll. As discussed, issues of civil unrest in the DRC require attention in various areas, with a special emphasis for future missions potentially placed on anti-smuggling.

Of course, in order to address the root causes of the conflict, a unilateral security approach will not counter important issues such as high unemployment, large-scale corruption and lack of social mobility. However, what a proposed NATO-led training mission would deliver is a hopeful reduction in the high figure of peacekeeping fatalities and an improvement in the local security situation in the DRC. This would subsequently improve the security situation currently facing Europe’s Southern flank. With Europe’s politicians having only recently managed to implement systems to reduce the high levels of migration to the continent, a new migrant crisis numbering several million refugees fleeing this latest conflict, presents a threat to European security which cannot be ignored.

Surely NATO stands for the North Atlantic Treaty Organization – and is only involved when one of its members is attacked – DRC (nor any of the surrounding countries) is not a member?

I would approach any outside of Europe operations with extreme caution.

I would have thought that most NATO countries should be concentrating on getting their houses in order, not dispatching training teams to Africa!

We (the UK) are heavily involved already in supporting numerous Commonwealth Countries with various training programs, as we should, so the UK should keep well clear.

Such matters should be taken of by the African Union, high time they stamped out corruption and took care of business on their own Continent.

That’s a silly attitude to take regarding Africa.

China is investing massively in Africa.

We should not have left Africa so quickly, we should be spending money on infastructure and military training to keep british influence in Africa.

People cannot on one article say we need growth in this and growth in that and then in another say we should we stay well clear of continents.

That is not what being a great power is about.

Britain should accelerate all diplomatic and military commitments in Africa.

Yes agree but unilaterally not as part of NATO.

With our Common Wealth links this should be possible.

In Nigeria yes in Kenya yes even Ghana, Senegal, Cameroon even Angola is better these days than the Congo. Avoid the Congo if at all possible. The place is the very definition of a quagmire. Not only would it’s problems be difficult to solve in all likelihood are not solvable until the Congolese themselves want to solve them. The UN mission there has been there so long that people born the year it started are going to University. Their is no reason whatsoever to think that sending in a token force from NATO or a member state would do any… Read more »

That should be ”tragedy of the last Congo War.”

Sole Survivor, I am hardly saying keep out of Africa, far from it, I pointed out we are heavily involved with our Commonwealth commitments in Africa.

That and a considerable amount of our massive aid budget is spent on the African continent.

We have our commitments, let Belgium take the leading roll, it’s their area of interest after all.

I agree with both John and David. This isn’t an appropriate mission for NATO. Either restructure the UN mission or have the African Union step in. ECOWAS was able to successfully intervene in The Gambia a few years ago, and although a much smaller scale, they did not need European or American assistance.

Nothing to do with us,stay out of the hellhole.

The UK is heavily involved in Africa, in Commonwealth nations. Let Belgium and France deal with the mess in the Congo.

I think therein lies the problem. Let Belgium and France sort out the problem? Seriously. There is no way that is going to happen. If there is a reinvigorated UNapproach whereby NATO is given operational control of the peace keeping mission that would be acceptable. Foreign powers however are not going to resolve an issue that is for the Congolese to sort out. The answer is simple. Crippling sanctions and direct military action against any nation neighbour that becomes involved in the DRC. A NATO led but UN mandated mission to enforce free and fair elections. Outcome of elections once… Read more » 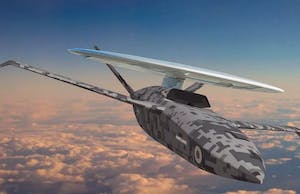 May 11, 2021
Current plans are to replace Crowsnest fitted Merlins with an uncrewed air platform, do you have a better idea?