Measured in terms of Chinese rhetoric, the temperature of cross-strait relations has risen sharply this week.

The author, Dr. Euan Graham, is Director of the International Security Program at the Lowy Institute. Euan has been a close observer of East Asian security affairs for more than twenty years, in academia, the private sector, and for the British Government.

Addressing China’s National People’s Congress, President Xi Jinping warned Taiwan that it would be “punished by history” if it declares independence. This comes amid an intensifying pressure campaign by Beijing to isolate Taiwan since President Tsai Ing-wen’s pro-independence Democratic Progressive Party administration was elected in late 2016.

Beijing’s ire has been aggravated by a recent step-up in U.S. governmental engagement with Taiwan under the Trump administration. This is codified in the Taiwan Travel Act, which passed Congress last week and “encourages visits between officials of the United States and Taiwan at all levels”. As a pointed manifestation of U.S. engagement, Deputy Assistant Secretary of State Alex Wong delivered a speech at the American Chamber of Commerce in Taipei yesterday, with President Tsai in attendance.

Never to be outdone on nationalistic jingoism, the Global Times has chimed in:

The mainland must also prepare itself for a direct military clash in the Taiwan Straits. It needs to make clear that escalation of U.S.–Taiwan official exchanges will bring serious consequences to Taiwan.

The newspaper suggested that China “can send military planes and warships across the Taiwan Straits middle line”, referring to the de facto maritime border.

In this increasingly febrile context, it is tempting to see the transit of China’s sole aircraft carrier, the Liaoning, though the Taiwan Strait this week as a show of force intended to intimidate Taipei. Sending the Liaoning through the Taiwan Strait may certainly be a calculated signal of displeasure from China’s military and political leadership. But in military terms, it is an irrelevance.

According to the Chinese-language Lead Story on Military Affairs, at approximately 8 pm on Wednesday, the Liaoning entered the north-eastern part of Taiwan’s Air Defence Identification Zone (ADIZ). It sailed close to the middle of the Taiwan Strait, but stayed on the western side of the median line. By midday on Thursday, the Liaoning reportedly left the south-western part of the ADIZ and continued south-west, in what was deemed to be a training drill by Taiwan’s Ministry of National Defence.

The Liaoning has reportedly entered Taiwan’s ADIZ to conduct drills on three separate occasions (in 2013, 2016, and 2017), when it also stayed on the western side of the median line. Although Taiwan’s military has closely monitored the Liaoning’s progress, the Ministry of National Defence noted there were no “unusual developments”, describing the ship’s presence as “routine”. None of the reports indicated that the Liaoning undertook flight operations during its transit of the strait, which would have indicated an active and provocative attempt to probe Taiwan’s air defences.

China’s first aircraft carrier is best regarded as a training ship for carrier operations. It is certainly not a strike carrier, as the J-15 aircraft that constitute its air wing are not capable of being launched from the ship’s deck with more than a light load of air-to-air missiles. The ship’s military function is predominantly for training, with some air defence capability. 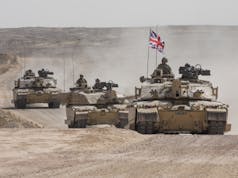 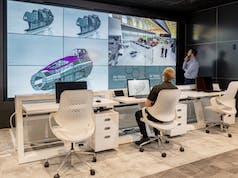 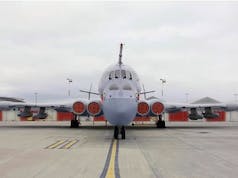 Lot of history here which needs to be understood, as does the Chinese mentality. They are prepared to play a long game but as Chinese military and economic power grows they will be increasingly intolerant of either a Taiwanese independence movement or The United States growing intervention.

Bearing in mind that the Gripen E has a new engine which is 20% more powerful than that on the C/D, but that stored C/D airframes could be updated apparently, to meet the demand, I’m a bit wary of writing off the J-15 on the basis of current performance.

China will be a formidable foe, the people would be fearless in War and display a type of honour and aggression the Japanese did.

its remarkable really, that our former foes are allies, Germany, Italy and Japan etc now we find ourselves today wary of Russia and China.

I was in Beijing not long ago, and feel patrotism from the streets will drive the Chinese Gov, check out some you tube videos regarding the south China sea.

The Chinese are in the same stage of economic growth and national pride as the USA was in the 50s they will be unstoppable in 15 years. Taiwan is lost already the sooner everyone just accepts that the less painful it will be for the Taiwanese in the long run.
Far better they accept a Hong Kong style rule than risk a bloody invasion which wouldn’t take much to completely destroy the islands economy and infrastructure