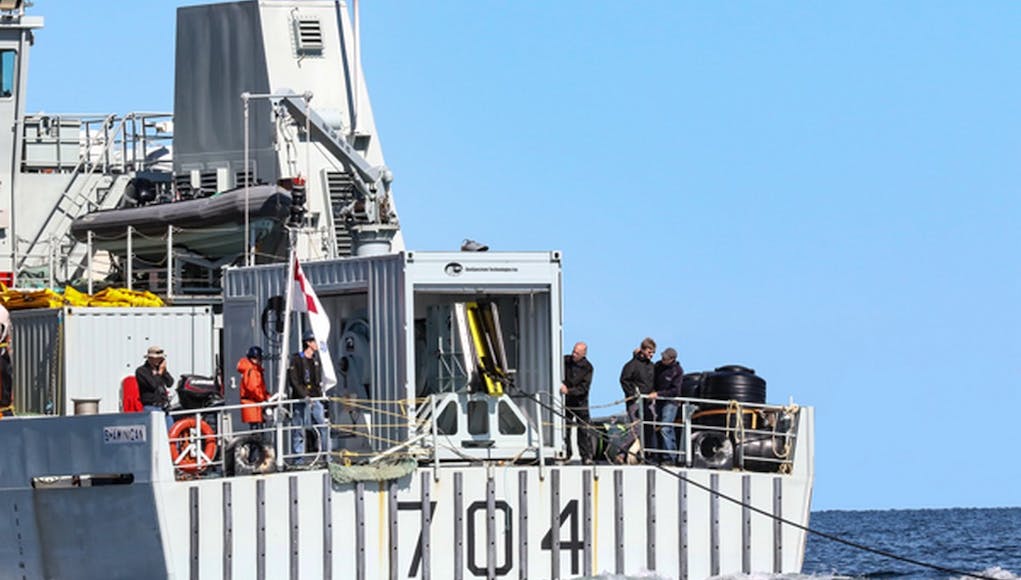 The tests were aimed at completing final assessment of a second TRAPS onboard RCN’s vessels (tests of GTI’s TRAPS aboard HMCS Shawinigan were completed during September 2018 say Elbit).

The performance trials of TRAPS with HMCS Glace Bay were conducted by the Department of National Defence’s science and technology organization and the Defence Research and Development Canada (DRDC).

“Easily deployed and recovered by a single operator, the sonar system showed great potential through the trials period, meeting predicted ranges in target detection, in both passive and active modes against different targets.”

They added in a release:

“TRAPS is a Low Frequency (LF) variable-depth-sonar intended for detection, tracking and classification of submarines, midget submarines, surface vessels and torpedoes. Its’ “wet-end” towed arrays’ acoustic elements are a vertical projector and a receive array. TRAPS’ unique advantage is that its’ projector array is reel-able and stows on the winch drum with the receive array and tow cable.

This system enables the Royal Canadian Navy to expand the capabilities of ships like the Kingston and Henry Dewolfe Class into an Anti-submarine role.”

“We see a growing interest in our unique Underwater Warfare portfolio as acquiring advanced ASW capabilities becomes increasingly important in many parts of the world.”

So 15 ASW type 26 Frigates isn’t enough for Canada then, actually does anyone know the numbers of ASW, Anti Air, GP T26 Frigates Canada’s building?, makes you wonder if 8 for the Royal navy’s really enough, and if we could use our new patrol boats with containerised systems to increase numbers of ASW assets, maybe even bolt on containerised torpedoes launchers and anti ship missiles to go with. Oh and this system only takes a single operator to use! Now that’s cheap to use.

Cam – I’d guess with Global Warming there will be an increasing amount of Sea to cover as the Ice Sheets retreat, anything that can transform your ships capability into useful ASW platforms is a good idea.I think there has already been discussion on here regards the T26 versions the RCN will get.Presuming they do build the full 15 a single variant makes sense but the option of ‘tweaking’ 3 to replace the Iroquois class in AAW would always be open.

Bloke down the pub
Reply to  Cam

Because of it’s geography, Canada in effect has to maintain two navies in order to protect both the Atlantic and Pacific coasts. Adding the TRAPS system to their opvs will give a boost to their asw assets at a price that couldn’t be achieved any other way. I hope the UK is following this development with an eye to adding TRAPS to the River class.

Based upon my understanding of the specs, all 15 of Canada’s T26s will be equipped the same; as ASW frigates with an area air defence capability. There hasn’t been any greater detail about the project than that- unlike the Australian one. Based upon the available information, think of them more as mini-Arleigh Burkes in many ways. They’re replacing two ship types with one, so the 15 ships will have split responsibilities- not all of them will be carrying out the ASW mission, some will be doing AAD as part of NATO (maybe even escorting HMS QE?!) and other stuff like… Read more »

That’s my understanding too. Given that the Canadian T26 will be providing both ASW and AAW roles (and GP) we should be comparing 15 x T26 with the current RN 6 x T45 + 13 x T23 = 19 AAW/ASW/GP (certain vessels specialised as opposed to all vessels doing all roles). I suppose for ASW the limiting factor for the Canadians is how many TAS they have. Had the UK stuck with the 1-for-1 T23 to T26 replacement the comparison above would have held into the future but given that the T31 with currently rumoured RN weapons fit will be… Read more »

The latest article on savetheroyalnavy.org is about future RN ASW developments. It says that the 2087 Active/Passive TAS had a tech refresh in 2017 and there is a plan for further research and development over the next seven years. This work will be on the dry end rather than the wet.

Isn’t the real point that because Canada have 15 then we only need 8? We and Canada are in NATO and so between us we, and others, patrol the North Atlantic. Plus of course we have 2 giant aircraft carriers and Canada have none.

Wonder how it affects marine life? Low freq can be hell on them.

At Pacific 2019, DSIT Solutions, part of Rafael, showed off the Swordfish towed array sonar, designed for corvettes, OPVs, & small vessels. Uses a thin wire & a light winch, so does not make a big demand on a small ship. Great for the batch 2 Rivers, I would have thought. An extra bit of coastal sea denial to hostile submarines. 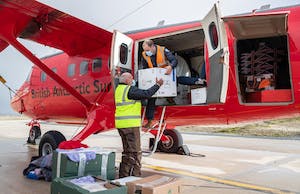