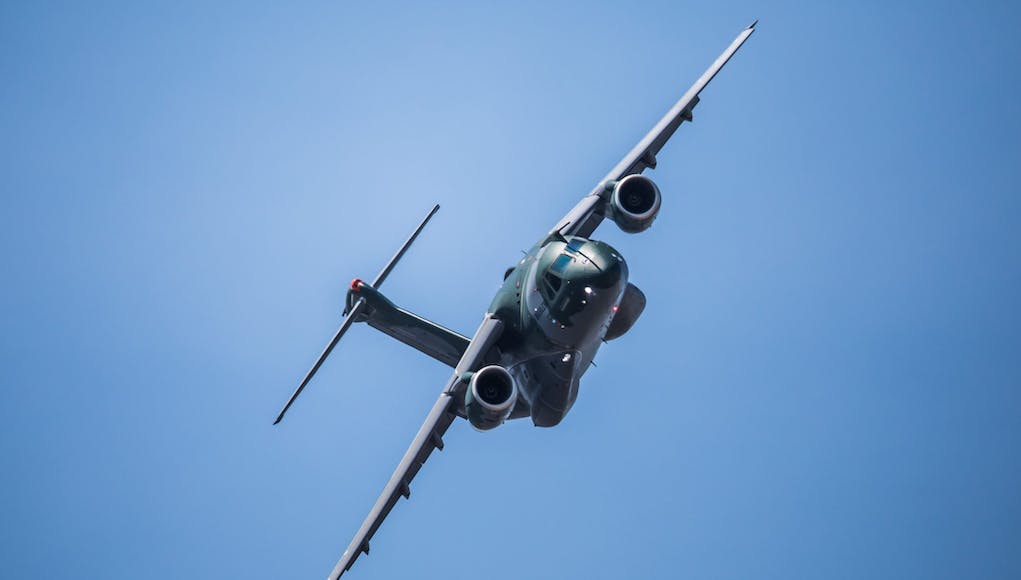 A KC-390 has concluded a 40-day demonstration tour of 19 countries.

Embraer say that in total, 130 flawless flight hours were recorded, including several demonstration flights with representatives of potential operators.

The aircraft departed from Gavião Peixoto, in the state of São Paulo, and headed towards Sweden, where it was shown before flying to Le Bourget Airport, on the outskirts of Paris.

The company said in a release:

“There, the KC-390 was presented at the 52nd annual Paris Air Show, in June, making its flight display debut and becoming one of the highlights of the event. After France, the KC-390 continued to a series of demonstrations, before returning to Brazil this week.”

“This tour allowed several representatives of potential operators to familiarise with the KC-390 and to learn about its flexibility, which makes it capable of carrying out a broad range of missions”, said Jackson Schneider, CEO and President of Embraer Defense & Security. “Everyone who had the chance to fly the aircraft praised its operational capabilities and its advanced design, which includes proven latest-generation technologies.”

The aircraft reportedly demonstrated remarkable robustness and presented 100% of availability throughout the tour, in which 52 landings were made in 18 different countries. In total, the KC-390 covered 49,537 nautical miles, equivalent to more than two turns around Earth over the equator.

During demonstrations, the aircraft was evaluated in high temperature and high altitude take-offs, in low-level navigation (flying at 120ºF, or 49ºC, ambient temperature) and in simulated operational conditions, such as paratroopers dropping.

“We are very satisfied with the maturity that this product has already reached and fully confident that its certification will be achieved as scheduled. Soon, the KC-390 will be completely ready to meet all requirements for which it was designed, making it a true force multiplier, ready to serve any nation”, said Schneider.

The KC-390 is a tactical transport aircraft capable of carrying out various missions, such as transporting cargo, troops or paratroopers, aerial refuelling, in addition to supporting humanitarian missions, search and rescue missions, medical evacuation and aerial firefighting.