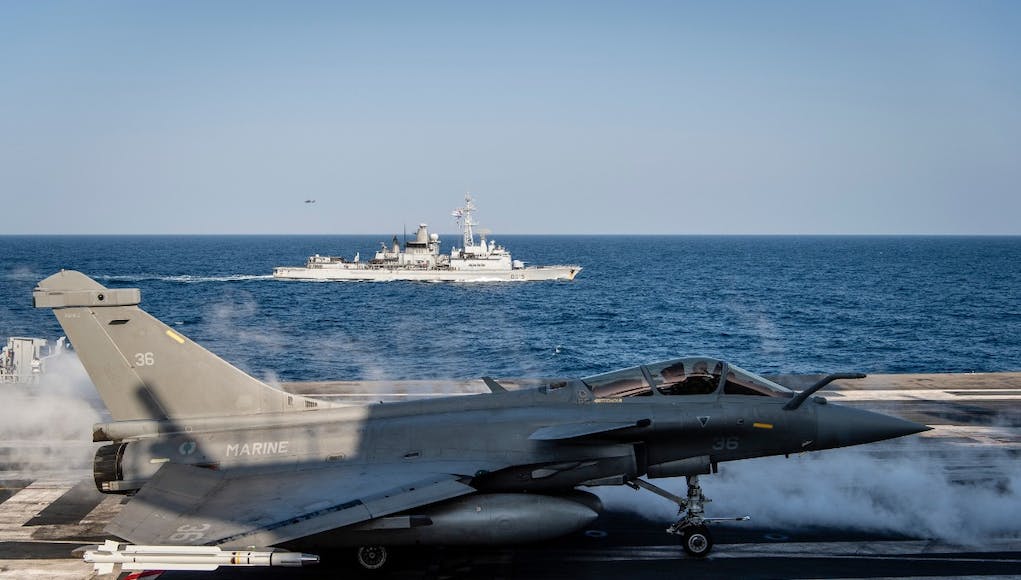 NATO say here that ships, submarines, as well as aircraft and personnel from seven allied nations exercised together in the Mediterranean Sea for anti-submarine warfare and anti-surface warfare training.

The exercise ran from the 22nd of  February to the 5th of March.

NATO say that maritime patrol aircraft from France, Germany, Greece, Italy and the United States also supported the execution of the exercise in both ASW and multi-threat exercises.

“The regular participation of SNMG2 in these major exercises, is an essential tool to keep Force’s high readiness, improve interoperability and reinforce cohesion between allies and, with no doubt, contributes to NATO success,” said Rear Admiral Manuel Aguirre, Commander of Standing NATO Maritime Group Two.

During the sea phase of the exercise, complex interactions between Dynamic Manta participating units and the Charles de Gaulle Carrier Strike Group (CSG) were also carried out.

Only 4 Rafales, where’s the rest?

I think what is meant is that 4 Rafales from CDG were involved in the air defence exercise, not that only 4 Rafales were aboard CDG at the time.

Dynamic Manta is centred on anti sub warfare, so fighter aircrafts are not essential