The two-week NATO exercise Dynamic Mariner 21/Joint Warrior 21-2 was concluded on Wednesday off the coast of Scotland.

Dynamic Mariner 21/Joint Warrior 21-2 (DYMR21/JW212) is a Maritime Force Integration live exercise and was part of the certification process for the NATO Response Force Maritime Component (NRF/M) for 2022.

“Created in 2002, the NATO Response Force is a highly ready and technologically advanced, multinational force made up of land, air, maritime and Special Operations Forces components which provides collective defense and rapidly deployable units. NATO say that it provides a quick response to an emerging crisis as well as peace-support operations, critical infrastructure protection and disaster relief.”

The exercise took place in the waters off Northwest Scotland, known as the Minch, and UK land and airspace.

DYMR21 was led by the NATO Maritime Command in coordination with Joint Tactical Exercise Planning Staff of Royal Navy.

“The exercise also involves Standing NATO Maritime Group One (SNMG1) and Standing NATO Mine Countermeasures Group One (SNMCMG1), two of NATO’s Standing Forces on active duty that contribute to the Alliance’s collective defence on a permanent basis. NATO’s maritime strength lies in the ability of the Standing Forces and National Response Force elements to rapidly join with high readiness, high capability national forces and task groups. Regular training between these groups is a force multiplier and provides a collectively trained and interoperable capability that NATO can confidently deploy if necessary.”

“Dynamic Mariner was another opportunity to work with allied navies, learn and understand each unit’s capabilities and maximize interoperability within the task group,” said Commodore Bradley Peats, Commander of SNMG1.

“To keep our nations safe in an unpredictable world, we need to be constantly exercising and training with realistic scenarios. We do this by working together to ensure we remain ready to respond to any current or future threat.”

The second image shows clearly how warship design has moved on.

Not just looks and RCS but how integrated and precise the whole thing is.

Next on the agenda for POW?

Slightly off topic, sorry, but anyone know what happened to the F35B ‘rolling landing’ technique that was tested on the QE? It looked interesting but seems like we’re sticking with the ‘classic’ Harrier style… move to the side over the ship and then land. Has the ‘rolling landing’ been dumped to fit in with the US Marines?

I thought the “rolling” landing was used if the aircraft is heavy ie. still carrying ordnance or a lot of fuel.

Yes, I believe so (not an expert) but isn’t there a cost saving in terms of fuel used with rolling landing also? Appreciate in the grand scheme of things this might be small fry but over the course of the life of QE and PoW, it would add up, would it not?

Not so much the cost of fuel but unexpended ordnance which is often jettisoned in the ‘oggin prior to landing back on board. I’m sure some Naval gunnery types on here will elucidate.

The decks of the Royal Navy carrier always look so empty, don’t they? The MCM ships are now in their twilight years.

Whoa, you’re a bit late to the party with that old chestnut Harold. Things have moved on since.

Hold your horses troll TH, Harold, PierreLM etc….Yout trolling is a little outdated, you need to up your game and make more of an effort….currently you are sitting at 1 out of 10 on the sad trollometer!

On a personal note, I enjoy the responses from those who are in the know. Brightens up the gloomy COVID lockdown we are currently in. Besides, I learn things from the educated replies which I value.

Still, your point is well made on the repetitive nature of the trolling.

Agreed klonk but Mike isn’t one of those educated replies.

hah ha you have me there Sir! Do appreciate their posts waste other people’s time.

That efforts so tame I’m actually in agreement.

Yes, MCMV are gradually on their way out. Replaced with new tech.

The deck of the carrier is empty, for now.
Having just achieved operational clearance why should it be any different.

Greetings D, re the looming MCMV looing gap. do you know which current assets will act as the motherships for the planned unmanned MCMV systems?

My concern is the task gets added to the list of the upcoming type 31/2 frigates. I believe 3-4 Rivers are normally in home waters on fishery protection duties. So I wonder if there is an opportunity tp place a modulized MCMV system on the aft deck? Useful in times of a crisis.

I don’t, as far as I’m aware there has been no news on motherships at all. Maybe some of the Hunts initially??? They are going last.

3 Batch 1 Rivers remain in home waters, the batch2’s are off and away.

It won’t be any of the current Sandown or Hunts acting as mother’s ships.
The work boats and containerised systems are simply to heavy and deploying an 11m workboat on and off of a Hunt would cause massive and dangerous stability issues.

It’s been looked at and dismissed as not a viable option.

Thanks for that GB.

Might be wrong but I thought mothershiping MCM drone was to be part of the spec for the T32?

Twilight years?
With the RN maybe .
However there are plenty of suitors looking to buy the Sandowns and Hunts. Those hulls have at least another 30 years left in them if not more, that’s the great thing about GRP its pretty much indestructible in regular ship use as a hull material. You just need to keep updating whats inside and they could go on for probably 100 years.

Completely off topic but watched the new 007 movie last night. It was a cracker. I really liked Sean Connery as Bond but think Daniel Craig has, in my view, made Bond his own. Shame he’s retiring. It made me chuckle though, watching a T45 launch some ballistic missiles from its forward silos …. with multiple warheads, as a land attack system! Was this another FFNW option that was actually taken up? ﻿😆﻿

You lucky sod! We are in lock down so no movie going until the end of October. Pleased you enjoyed it. My money is on either Tom Hardy or Idris Elba as the new Bond

Watched it last week and enjoyed it.
The Buffer needs to sort out the part of ship though.
The RCP2 bracket on the bridge screen needed a lick of paint and who left the port side door ajar during a firing… Probably the weapons Tiff with a go pro getting some good shots for his Instagram page
😂 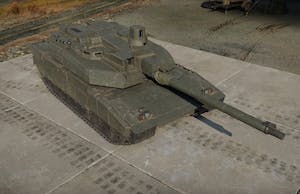