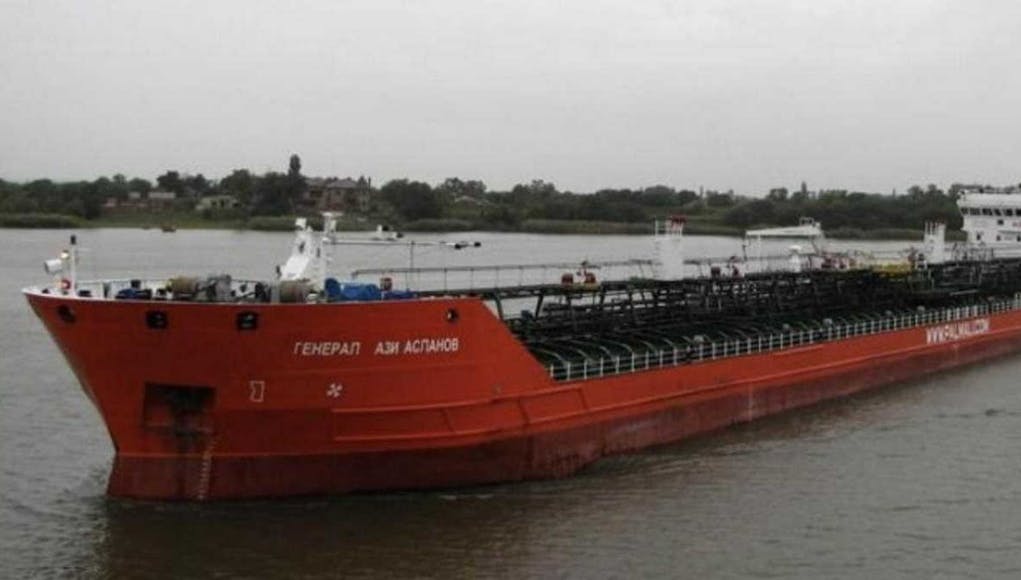 A Russian oil tanker has been rocked by an explosion in the Sea of Azov and is now sinking, according to Russian media.

It is understood that a rescue operation is underway for three missing crew members.

BREAKING – There has been an explosion on board a Russian oil tanker in the Kerch Strait; At least 3 people are missing. The ship is listing and could sink!

Russian officials confirm that a passing ship has saved 10 of the 13 crew members.?? ⚓️

The Russian Government say that said the explosion on the General Azi Aslanov took place as the tanker was en route from the port of Kavkaz to the port of Rostov-on-Don.

The below video turns out not to be related to this incident, sorry about that!

UPDATE: The Russian oil tanker affected by the explosion is about to sink, according to Rosmorrechflot.

BREAKING – There has been an explosion on board a Russian oil tanker in the Kerch Strait; At least 3 people are missing. The ship is tilting, per TASS

Hope Ukraine was not involved.

Only likely if Russia was crafting some pretext, I’d think, Daniele. Anticipating something similar but of higher magnitude with China over Taiwan.
Regards

It’s something that’s been bothering me might happen during the chaos of the US elections.

Taiwan is extraordinarily vulnerable to pre-emptive action from the mainland not only geographically but, perhaps more importantly, politically having been successfully isolated as ROC in the UN, of course. I tend to take the public’s view before that of vested political parties and Taiwanese generally favour the US overwhelmingly vs PRC. The US is trying to garner more legitimacy for the ROC, over and above defensive support, but won’t have time if it does not endorse ROC, in my view (notwithstanding appeasment-theory). Even the UK don’t officially recognise, as you know. Taiwan needs a few major nations to change stance… Read more »

Russian strategic strategy is to create tension between neighbouring states and their “ethnic Russian” populations. To create a justification for Russian military intervention. So a false flag terrorist attack is by no means impossible. Although I’d guess this is likely the result of a industrial accident.

I’d agree, at present I think Rusia has enough going on in Armenia / Azerbaijan to be messing with Ukraine.
Having said that, will Putin pass up the opportunity to play with the hands he’s been given with this? An accident could easily become an attack when you have control of the investigation…

Russian river security service saying they believe it was a vapour explosion as the ship had recently unloaded its cargo and was empty.

My understanding is that they would normally pump an inert gas into the tanks to prevent such an explosion.

Whatever, I hope they find the missing people safe.

Yup – usually engine exhaust on vessels of that vintage.

Quick off the mark with this news George.

Bit of a day for Tanker problems- apparently a Liberian one is in bother off the Isle of Wight.

Never mind that. What about the tanker high jacked in the Channel. Light going and a Chinook is on route; expect a Sqn of SBS to arrive shortly…